Parts of New Zealand are drawing pre-treated drinking water from rivers found to be regularly polluted with harmful nasties like E.Coli and campylobacter.

New research, led by a group of Massey University scientists, raises more warnings about the impacts of agricultural intensification, at a time of heightened worry over the quality of many of New Zealand's drinking water supplies.

The scientists investigated levels of four microbes – the bacteria campylobacter and E.coli, and protozoa cryptosporidium and giardia – at 16 waterways supplying drinking water for 13 towns and cities.

Between 2009 and 2019, with three-month intervals, they collected more than 500 samples from abstraction points at each of the study sites.

The waterways in the study ranged from those draining catchments heavy in agriculture to rivers running through native bush.

To pick apart what role the surrounding landscape played on pollution levels, the study used machine-learning algorithms to determine contributions of land use, geology, topography and vegetation.

Those rivers in highly-stocked catchments – such as the Waikato River and Oroua River in Manawatu – were found to have all four microbes present, and often in high numbers.

At the Waikato River, near Tuakau, 10 of 37 samples taken over the decade carried E.coli levels that were above safe limits, along with 10 containing campylobacter, 32 with giardia and 26 with cryptosporidium.

But at the study sites at the Hutt River and Big Huia Creek in Wellington, the scientists found no pathogenic microbes, or any unsafe levels of E. coli, which is known to cause severe stomach cramps, vomiting and diarrhoea.

The two protozoa were found to be more prevalent in waterways with lower water quality and higher numbers of ruminant animals like cows, sheep and deer in the catchment – especially in September and December.

"The protozoa live in the guts of ruminants and the eggs come out in faeces," Death said.

"The eggs are very resistant and so probably get transported to streams quite easily."

The two bacteria, meanwhile, became more abundant with higher rainfall, saturated soils and catchments where more than a third of the land was used for agriculture.

"These bacteria can come from a range of animals including farm livestock," Death said.

"It seems when the bacteria are deposited on grassland, in faeces, it can get into waterways more easily than if it is deposited in a forest.

"But there may also be more because farm animals produce a lot more waste - 25kg per dairy cow per day - versus not much from say, a wild deer or duck." 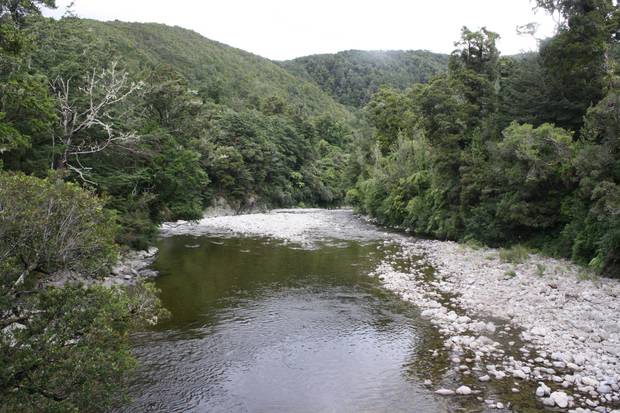 "It does not, of course, tell people about the safety of their particular water supply or deal with rare events," Hayman said.

"But it can identify the drivers of contamination and therefore if we wish to improve drinking water quality without simply relying on increased water processing and the costs with it, so these analyses are really informative."

All of the water tested was what's called raw water, and hadn't been treated in plants.

Although modern treatment protocols usually remove many pathogens from drinking water, Death and his colleagues noted that several recent outbreaks of waterborne disease happened because of treatment failures.

"There is a lot of concern over the quality of drinking water supplies in New Zealand," Death said.

"Many are excellent, but many are not, especially in smaller rural communities.

"The issues in Havelock North a few years ago, where so many people got sick, and some died, is not a one-off occasion in New Zealand, or in the developed world."

Furthermore, increasing agricultural intensification in New Zealand was driving a general decline in the water quality of many rivers and lakes, he said.

"The public assume that our water is treated and thus how bad it was to start with is not an issue - that is the treatment will fix it all.

"But things do go wrong sometimes, and some pathogens like cryptosporidiun can be resistant to classical treatments like chlorination.

"Some, such as folks in Christchurch also don't want their water treated with chlorine as it makes the water taste bad and apparently wrecks their hot water heaters."

Death believed the best way to manage the risk was to have multiple lines of protection – or stronger water treatment, along with better catchment management.

"How you manage your water catchment will determine how many pathogens are in it," he said.

"Canterbury seems to me a classic example where water didn't need to be treated but after a decade or more of intensive dairy farming, they now do.

Given the risk of people becoming sick from drinking water, Death believed there needed to be more consideration around intensification.

"Submissions by public health experts at plan hearings often seem to be ignored or given less weight possibly because the risk has been thought to be low."

The study comes after the Government last week signed off on new reforms that set higher health standards at swimming spots, require urban waterways to be cleaned up and enforceable farm environment plans, and set stricter controls on nitrogen pollution and new bottom lines on other measures of waterway health.

They also put new controls on higher-risk farm practices such as winter grazing and feed lots.

The rules come with strengthened bottom line for nitrogen toxicity, to provide better protection for 95 per cent of freshwater species, up from 80 per cent under the previous National Policy Statement for Freshwater Management.

The Government has similarly taken a raft of actions to improve drinking water, such as setting up an independent national regulator of drinking water supplies and investing more than $760m to help councils upgrade run down water services.

But Death was sceptical about the freshwater reforms and said it'd remain to be seen whether the new investments made a big difference.

"I still worry about smaller rural and Māori communities that are often overlooked," he said.

"To me, Havelock North is a warning we should not take lightly."

The study has been published in the scientific journal Water Research.