An official apology for dawn raids that racially targeted Pasifika families and have been described as "state-sanctioned terrorism" is being welcomed by those impacted as a "very small start to the healing process".

But advocates say to be truly meaningful the apology needs to be accompanied by a strong education campaign, compensation and pathway to residency for current overstayers.

Prime Minister Jacinda Ardern stood alongside Minister for Pacific Peoples Aupito William Sio yesterday as they announced the Government would officially apologise for the immigration raids of the mid-1970s that disproportionately targeted people of Pasifika heritage, suspected of overstaying their visas.

A study a decade later showed Polynesians had made up only a third of overstayers but more than 80 per cent of all prosecutions for overstaying.

The announcement follows years of campaigns calling for such an apology, led by the Polynesian Panthers, which intensified this year on their 50th anniversary, and a petition delivered to Parliament.

Polynesian Panthers foundation member and University of Auckland Associate Professor of Pacific Studies Dr Melani Anae said the apology would go some way to start the healing process, but more practical measures needed to accompany it for the healing to truly begin.

The Polynesian Panthers, including Melani Anae (front left), played a prominent part in campaigning against the raids. Photo / Supplied

"It's a very small start to the healing process that needs to happen in New Zealand in terms of its race relations with Pacific people and communities.

"I am applauding the Government for this announcement but I wait with bated breath for the detail that is to accompany the apology as it unfolds."

She wanted changes to the education system, including making the study of Pacific history and Pacific studies compulsory in the New Zealand history curriculum.

"It would give the students in our schools an understanding of their world beyond New Zealand and other places in the Pacific, and understanding race relations, and looking at the dawn raids as a dark side of history where there was state-sanctioned terrorism in your face in the 1970s and a call for that never to happen again.

"Those horrific stories are still causing intergenerational trauma and harm. This apology will go some way to start the healing but there needs to be practical measures that accompany that apology for the healing to truly begin."

Will 'Ilolahia, original chairman of the Polynesian Panthers, has been calling for compensation and pathway to residency for current overstayers to accompany the apology - a position backed by Auckland Council Manukau Ward Councillor Efeso Collins.

Prime Minister Jacinda Ardern says the Government has agreed to make an official apology for the dawn raids targeting Pasifika people in the 1970s.

The Green Party is also calling for a broad amnesty programme for people who overstay and real pathways to residency.

Ardern said the apology - to be delivered in an official ceremony at Auckland's Town Hall on June 26 - would be in line with past government apologies - such as to Samoa for New Zealand's administration in its earlier years, and New Zealand's Chinese community "for the discrimination suffered by those subjected to the poll tax and other practices".

However, this apology would and not look into any amnesty or compensation issues, she said.

Immigration issues would be looked at as part of a wider review process.

"Communities at the time felt targeted and terrorised and there is clear evidence the raids were discriminatory and have had a lasting negative impact," she said.

"An apology can never reverse what happened or undo the damage caused, but we can acknowledge it and we can seek to right a wrong."

Sio said on the issue of amnesty and compensation he had a " personal view that I won't be sharing today".

Sio, who was born in Sāmoa and moved to Auckland with his family as a child, said he didn't think there was any Pacific family in Aotearoa that would not have been affected in some way by the dawn raids, including his own.

"My own story, we were dawn raided," said Sio, visibly emotional as he spoke, voice cracking at times and needing to wipe his eyes occasionally with a handkerchief.

"In the early hours of the morning, etched into my memory is my father being helpless.

"We had bought the home two years prior, to have someone knocking on the door in the early hours, flashlight in your face, disrespecting the owner of the home, with an Alsatian dog frothing at the mouth wanting to come in without any respect for the people living in there.

"It is quite traumatising. I asked my family on Sunday about it, my sister said she never wants to think about it.

"That is just my family, those stories are replicated across Pacific communities." 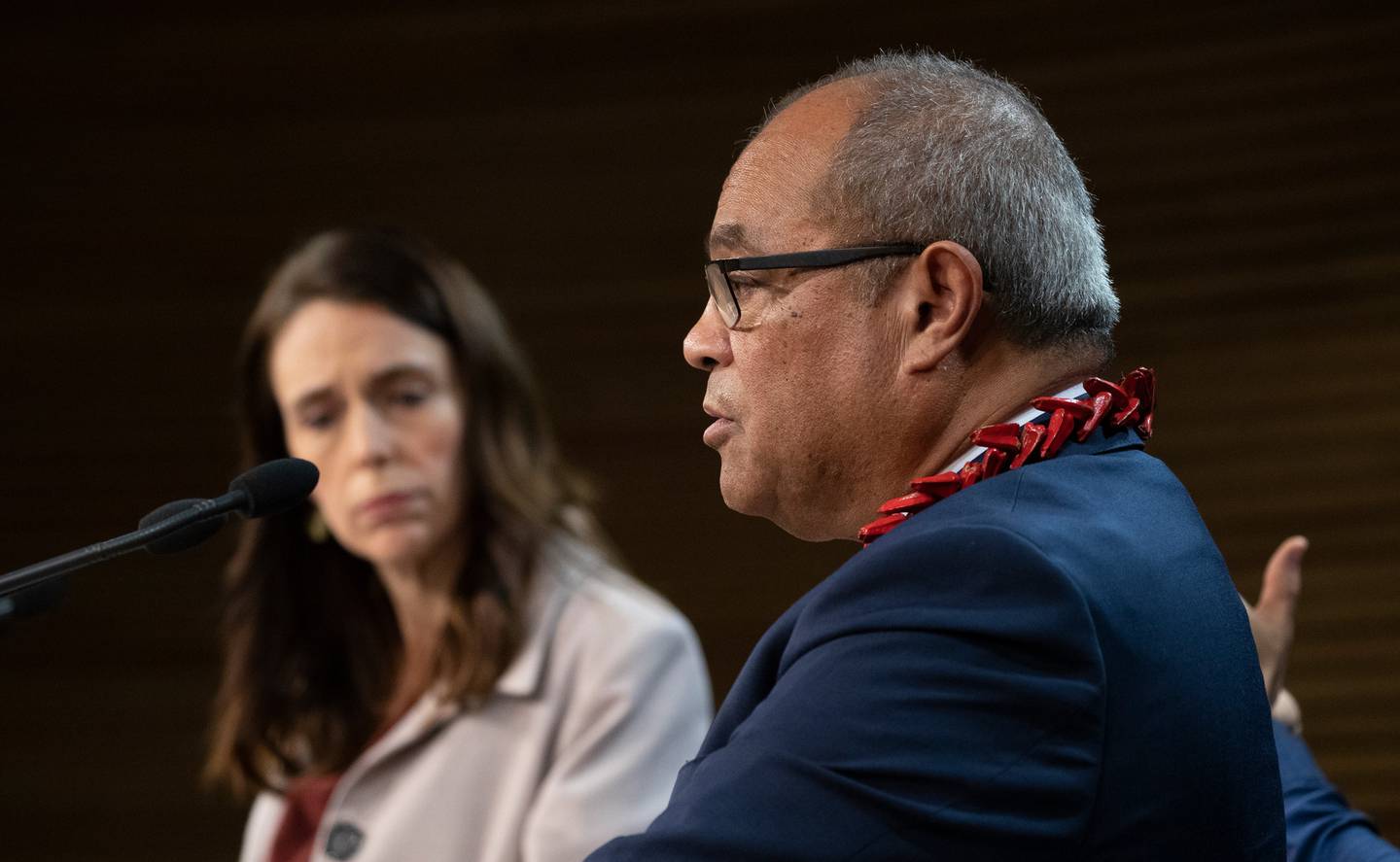 The dawn raids had unfairly targeted Polynesian people despite there being more European overstayers at the time.

Anyone with "dark skin" had been affected by the government-sanctioned events.

"So they carried this trauma for a long time, intergenerational, and it has affected definitely their communities, at a time when the government turned a blind eye, during the economic boom of the late '60s and early '70s, and didn't do anything about it," Foon said.

"Congratulations to the Polynesian Panthers, the Polynesian people for facilitating this negotiation. It really is the proper thing to do. It works in with the Human Rights and the Bill of Rights in terms of acknowledging the trauma of the past from the Crown."

About the dawn raids

A child peers through the door of a solicitor's office in K Rd, in 1976, where hundreds sought advice on the Government's overstayers policy. Photo / NZ Herald