Kiwi couples and solo mums seeking IVF are being misled, according to a new study which has found major variations in the way fertility clinics measure their success rates.

Experts say this is a "huge concern" as people who are infertile can spend up to $150,000 on IVF, which is a process of fertilisation combining egg with sperm outside the body.

Some women go as far as travelling overseas to seek treatment after multiple failed attempts in New Zealand.

One woman - who asked not to be named for privacy reasons - said she started IVF in January and had already spent $12,500 on her first round.

She said she counts herself lucky for asking the right questions about the measurement of fertility clinics' success rates before picking one, as it wasn't initially clear.

"If I didn't have a medical background I probably wouldn't have thought to ask.

"It's extremely worrying as most people would just look at two graphs and see one with a 60 per cent success rate and the other with 40 per cent and pick the 60 per cent one without knowing how the data was collected," the Auckland radiologist said.

She said she knew hundreds of women who have had multiple failures and have gone overseas for treatment.

University of Auckland researchers, who wrote the study, are calling on the Ministry of Health to introduce strict regulations to ensure fertility clinics measure their success in the same way and avoid consumers being left ill-informed. 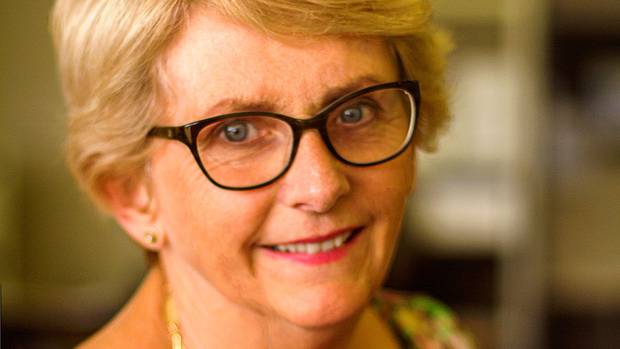 "These couples are often quite vulnerable and can feel quite pressured perhaps by their own personal circumstances or by their whanau to start a family, so come under a lot of stress making decisions and when it's based on ill-informed statistics that's a huge concern," Cindy Farquhar, author of the study and top Auckland gynaecologist, said.

"We encourage consumers to ask questions and look into their options.

"Private clinics should follow guidance on consumer protection and advertising for the people who are paying for their treatment," Prestidge said.

One in five New Zealand couples experience infertility for at least a one year period.

The study - published in the Australian and New Zealand Journal of Obstetrics and Gynaecology - analysed 20 different websites, and though all were compliant with 2017 trans-Tasman guidelines for success rate advertising, there were 32 ways of defining success across the websites.

"The problem is, the guidelines don't actually define what counts as 'success'.

"Some clinics describe pregnancy rates from individual embryos – but not all women who start IVF treatment will reach this stage of treatment.

"Information about factors that can impact on success, such as patient characteristics, treatment methods and whether embryos had been genetically screened, was often missing or not comparable across websites," Farquhar told the Herald.

She said the study reveals that comparisons were meaningless because success rates were calculated in so many different ways, and there was nothing to stop clinics selectively advertising their most favourable, rather than relevant, success rates.

"The stakes are high for these couples – if 100 women aged less than 35 start an IVF treatment cycle, only 19 will have a live birth following fresh embryo transfer.

"And these treatments can cost thousands. Fertility patients deserve the best information available, and at the moment they're comparing apples with pears across clinics."

Financial adviser Hannah McQueen said she'd worked with clients who had spent up to $150,000 for six rounds of IVF and one solo mum had gone overseas after failed attempts in New Zealand.

"Of course, we don't want them to sleep walk into it and clear, clean and consistent data is always better."

One round of IVF in New Zealand ranges between $10,000 to about $25,000. Public funding is available in New Zealand but there's a strict criteria and it varies between each district health board.

Advocates also told the Herald patients can wait about a year for the treatment.

"That's why I chose to go privately," the woman getting IVF told the Herald.

• Not being able to conceive for at least a year.

• Patients with unexplained infertility have to have been trying for four years.

• Age 39 or less at time of consultation.

• Non-smoker for at least three months prior to application.

• NZ citizenship, residency or visa of at least two years' in duration (for both partners).

Dr John Peek, quality, information and science manager at Fertility Associates, an Auckland clinic, said everyone was aware there were a variety of ways presenting pregnancy rates from IVF world-wide.

The Ministry of Health oversees the auditing and certification of clinics though its arm HeathCert, so it makes sense for them to be responsible for ensuring consistent measures of success.