The business owners say the dozens of reviews are damaging their brands and raised questions about who is orchestrating them.

Police, private investigators and online safety group Netsafe are all looking into the cases.

Aucklander Lorraine Wilson said her business called House Dressings was recently hit with a flood of 1 star Google reviews, as she was called "ignorant arrogant and unprofessional" by reviewers who had never met her.

Felicia Alkin's Lioness - The Gym For Women in east Auckland, meanwhile, has also been targeted by some of the same fake accounts. 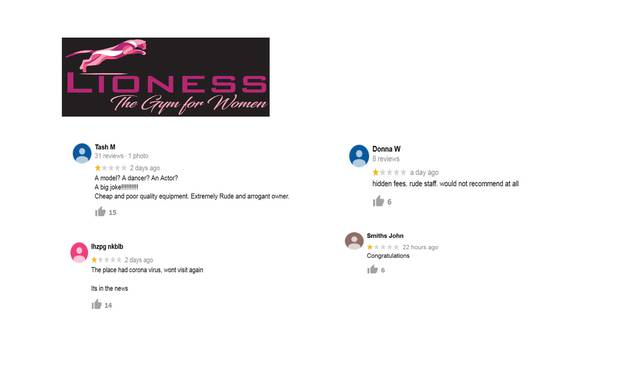 "Felicia is an absolute piece of work ... Don't bother joining her gym if you are made in China," one reviewer who had never been in her gym wrote.

Wilson, meanwhile, suspected she was targeted because of a falling out with a relative, who threatened her family.

They "told me they would destroy my business", she said.

And while fake news and hate speech might not be new problems on social media, Wilson said the bad reviews couldn't have come at a worse time.

Her home-staging business helped people sell their houses by furnishing and preparing them for viewings by prospective buyers. 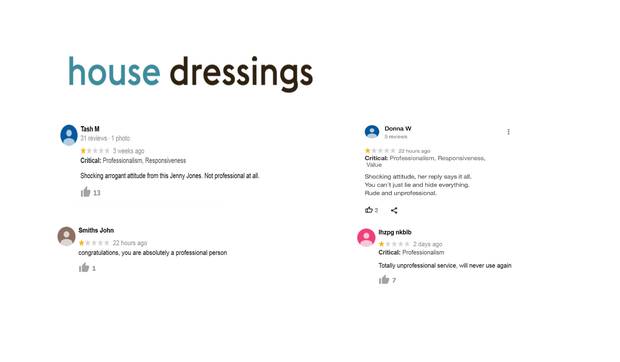 Yet the economic downturn had led to a sharp drop-off in home sales.

"Since the lockdown, I've had very little work," she said.

"I don't need anything to make life worse for me because I could go completely under and I'd be out of business."

Her family were also getting separate online death threats linked to Covid-19.

These started when she recently posted on Facebook about one of her customers visiting her gym after meeting the two women, who made headlines for flying into New Zealand from the UK and testing positive to Covid-19 when allowed out of managed isolation early.

Alkin said she had tried to do the right thing in alerting the public and suspending her business at the Ministry of Health's advice.

To get death threats for doing that was unacceptable, she said.

A separate stream of fake reviews came after Alkin made a post about China.

Alkin said she earlier spent $1000 buying gym equipment from a supplier in China that turned out to be faulty, she said.

She then complained online, saying she wouldn't buy products from China again, while also saying the "coronavirus comes around, from China to lock down my business".

The posts drew media attention and she was accused of being racist. It was then she was swamped with fake reviews that have dragged her overall Google rating down to 1.7 stars.

Wilson said hers and Alkin's businesses were not connected.

However, when Wilson hired private investigators to find out who was posting the bad reviews, the two women found their businesses were being targeted by the same fake Google accounts.

Most of the bad reviews were by anonymous accounts. 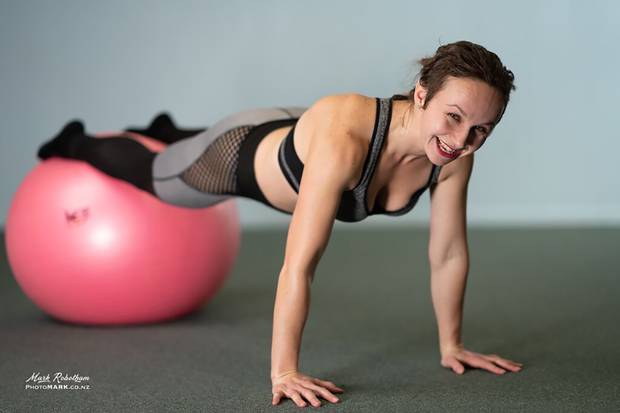 But one review on Wilson's business was in the name of South Island photographer Mika Samuel (Wang).

However, Wilson said she had never met Samuel before.

When the Herald phoned Samuel, he acknowledged his account had been used to make the bad review, but said he didn't know who had done it. The review has since been deleted.

Wilson said her family suspected the bad reviews were being co-ordinated on social media groups by some members of New Zealand's Chinese community because their relative was an active member of the community.

They claimed they had seen the relative co-ordinating with others to give bad reviews to restaurants in the past.

Freeman Yu - a member of the local Chinese community - said he and others had experienced online attacks from some others in the community.

He pointed to an instance in which "70 Chinese societies" recently signed a petition to the New Zealand Parliament calling on Prime Minister Jacinda Ardern to apologise for calling Hong Kong and Taiwan countries.

When an accountant called Andrew Chain backed Ardern in a comment on the Herald's Facebook page, he was later attacked on WeChat groups, Yu claimed.

He said another dental business owner, who recently posted in support of Hong Kong protesters was also targeted online.

Netsafe director of education and engagement Sean Lyons said he was aware of Wilson's case and encouraged others to report similar instances of online abuse.

Wilson and Alkin for their part were at their wit's end on how to stop the online attacks.

"We just need it to stop," Wilson said.

Police are looking into the case and a police spokesperson said: "We can imagine it is frustrating for businesses if people put fake reviews but these matters are in general of a civil nature. We recommend they contact the appropriate company (Facebook, Google etc) and asked to have them removed and the person blocked.

"As these matters are not generally a police matter, we are not aware of any rise in these types of incidents occurring."