Assaults on police rose by nearly a third in the past year as calls are made for offenders to face tougher penalties.

Official Information Act figures released to NZME show there were 350 assaults on officers in the year to the end of June, 79 more than the year before.

The assaults included officers being hit, struck or bitten or being spat at or exposed to blood.

Three officers also caught an infection or developed occupational cancer in the past year.

Police couldn't provide more details on those cases because it could lead to the identification of individuals.

Police tried to ensure staff had access to the right equipment for the range of situations they faced every day, she said. 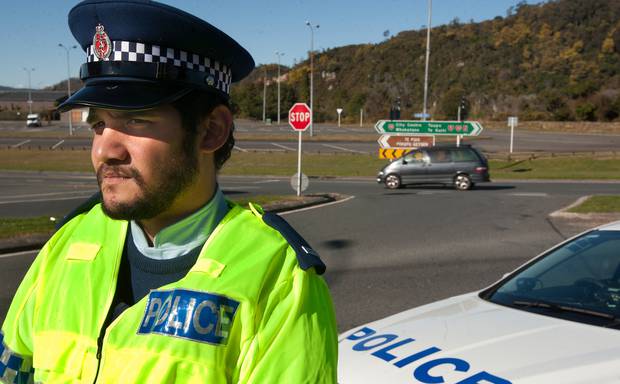 Constable Ardon Hayward, of Rotorua police, was struck on the head with a weapon. Photo / File

The assault figures come amid a renewed call for tougher penalties for those who assault police and other first responders.

New Zealand First MP Darroch Ball has put forward the First Responders and Prison Officers Bill, which is halfway through its first reading.

There was a lack of respect for the uniform, and it often seemed like a target, he said.

A line needed to be drawn in the sand to say: "If you choose to assault our first responders, you'll be punished accordingly."

The Police Association released a report late last year titled "Risk and resilience", providing a snapshot into the appalling experiences of police officers assaulted on the job.

This included Senior Constable Paul Symonds, 61, whose 30-year career came to a crashing halt in 2017 when a kick to the face resulted in a smashed eye socket, lacerations and broken tooth.

The long-serving officer, who received the NZ Bravery Star for his actions during the Napier siege, was attacked in a cell at the Hastings courthouse.

It caused a permanent injury requiring regular visits to a surgeon and left him with double vision in his left eye that will never fully recover, along with ongoing memory loss.

Symonds was unable to return to work, while the man who did the damage was last year sentenced to three-and-a-half years in prison. 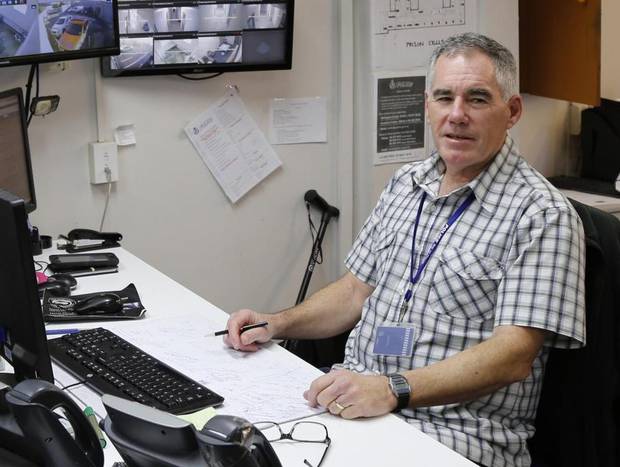 Senior Constable Scott Woodsford was walking with a stick and still on light duties at Whakatāne Police Station 10 months after being hit by a fleeing car. Photo / Supplied

In the same month that Symonds was attacked, Senior Constable Scott Woodsford, 57, was hit by a fleeing driver as he attempted to lay road spikes at Te Teko in Bay of Plenty.

The car was travelling at about 100km/h when it hit Woodsford, sending him over the bonnet and windscreen and flying into a drain next to the road. He was knocked unconscious.

He was lucky to be alive. He spent two months in hospital and another 21 months recovering at home and now has metal rods in both lower legs and one in his right thigh.

The law wasn't the issue, it was the sentences judges hand down, he said.

Cahill also said the true extent of the problem was greater. The 350 assaults were just those where there'd been an injury, but the total number was nearly 1800, he said.

• 18 police officers were taken to hospital with injuries in 2018/19, while 127 received medical treatment outside hospital, 76 received first aid and 129 did not require treatment.