Controversial Australian broadcaster Alan Jones has again lashed out at Prime Minister Jacinda Ardern, saying she should "shut up" and stop running around the world hugging people.

Jones also had a dig at the leaders at the Pacific Islands Forum in Tuvalu, telling Newstalk ZB this morning that "these people think we're money trees".

Yesterday Jones caused a stir by calling Ardern a "complete clown" and a "lightweight Prime Minister".

"I just wonder whether [Australian Prime Minister] Scott Morrison is going to be fully briefed to shove a sock down her throat," he said on Sydney radio station 2GB.

Ardern and Morrison have been in Tuvalu, where Australia is facing pressure to take greater action on climate change.

In a statement yesterday, Jones - an outspoken broadcaster and former Wallabies coach - clarified his comment.

"Of course what I meant to say was that Scott Morrison should tell Ms Ardern to 'put a sock in it'.

"There are many people who would relish the opportunity to misinterpret things that I have said as we have seen online this afternoon. Of course I would not wish any harm to Jacinda Ardern.

"This wilful misinterpretation distracts from my point that she was wrong about climate change and wrong about Australia's contribution to carbon dioxide levels."

Former Australian prime minister Malcolm Turnbull was one of the loudest voices to call out Jones, urging the radio host to apologise for his "misogynistic rant".

Turnbull had praised a comment from Fiji's Prime Minister Frank Bainimarama, who said it was "easy to tell someone to shove a sock down a throat when you're sitting in the comfort of a studio".

This morning Jones defended his comments.

"Here she is preaching to us on climate change... Someone's got to tell this woman to keep quiet, put a sock in it.

"It's a metaphorical way of saying shut up. I wish she would shut up. I don't know how New Zealanders handle this." 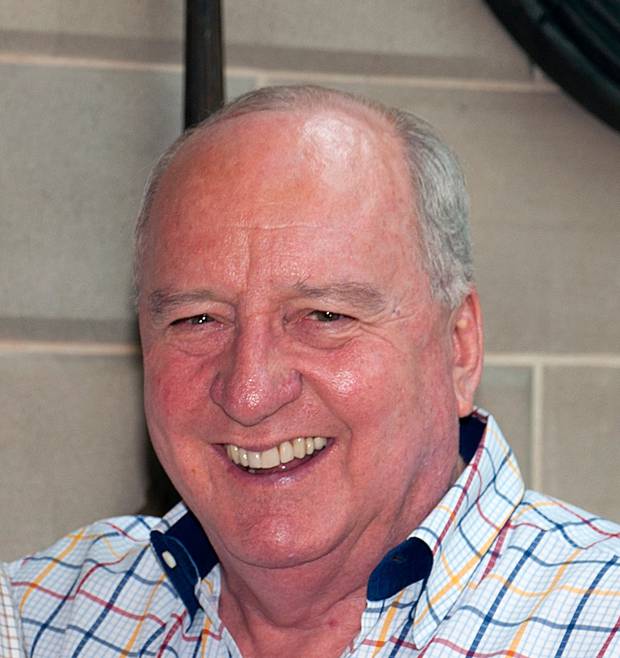 Alan Jones is feeling the heat over his criticism of Jacinda Ardern.

Jones also criticised her and Morrison for being in Tuvalu when there were pressing domestic issues.

"It's easy to run around the world, smile at people and look good and hug people and all the rest of it. At home, people vote for a particular reason. They want things to be done.

"And in your country and our country, they're not being done."

Although Ardern told Kiwi media she would not dignify Jones' initial comments with a response, Morrison was ready to defend his trans-Tasman counterpart.

He said the comments were "very disappointing".

"I have two daughters, so you can expect that's how I would feel personally about it. I'll leave others to explain what they've said and how they've said it," Morrison told media after a 12-hour Pacific Islands Forum meeting yesterday.

Asked about the comments, Ardern said: "I don't think I will give that comment the light of day – I think I'll just leave it where it is."

However, she did say that Australian media coverage accusing her of "blasting" the Morrison Government was mischaracterised. Morrison agreed.

"It's the latest in a long line of atrocities. He keeps attacking Raelene Castle, the woman in charge of Australian Rugby. He long attacked Julia Gillard. Show him a woman in power and he'll have a go.

"The Jacinda Ardern comment was disgraceful. You'll be happy to hear that most Australians look at the comment by Jones on your Prime Minister and were appalled."