TVNZ presenter Hayley Holt was called out for "discriminating" against men's sport in a heated on-air debate with renowned sports journalist Scotty Stevenson.

Stevenson and Holt were discussing last week's historic clash between the Silver Ferns and the New Zealand Men's Invitational team in the Cadbury Netball Series live on Breakfast on Friday morning.

The men's side, which went on to take out the series with an 11-goal win over the Silver Ferns in the grand final on Saturday, earned high praise for their performances, with many netball fans delighted by the challenge they gave the Ferns ahead of the Netball World Cup.

But when Stevenson shared a similar view while appearing on Breakfast, Holt hit back, calling the match "weird". 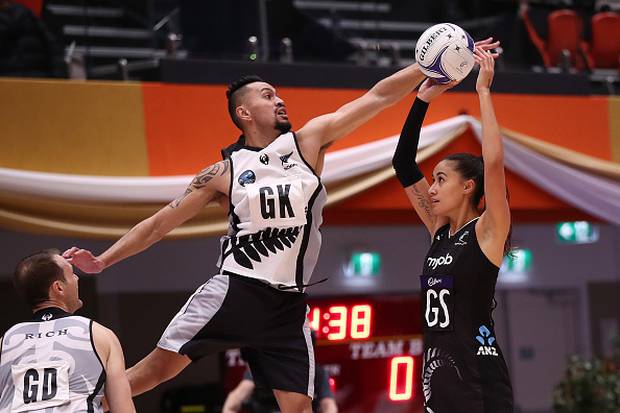 "How good was that game last night," Stevenson said before Holt rebutted.

"Unfortunately for the Silver Ferns, they don't need men to actually push them anymore because they get pushed by everybody," she said.

"So the New Zealand men's team who never get television coverage, who are not recognised by the international netball federation, get the chance to play on the biggest stage against these Silver Ferns and you're saying it's a bad idea?" he asked.

"They're taller, they're heavier, they can throw the ball harder, I just think it's weird," replied Holt.

Stevenson, who looked gobsmacked by Holt's comments continued questioning how the clash wasn't the best preparation for the Silver Ferns before Breakfast presenter Daniel Faitaua stepped in, accusing Holt of "just discriminating against men".

"They get no coverage, they get no support for their sport," Stevenson added after agreeing "massively" with Faitaua.

"Oh those poor men getting no coverage, this is like welcome to our world. Seriously, welcome to our world," Holt responded before Stevenson made one final dig saying: "It's amazing when it's a female sport on the other side of the conversation, look at the reaction."

Footage of the debate has since been shared on social media, with many users agreeing with Stevenson.

Meanwhile, the Silver Ferns have expressed their thanks to the men's team for a challenging series on social media.

"This week was seriously great. Always grateful, but seriously humbling playing these guys. Couldn't have had a better battle on court and the respect was immense," Ferns shooter Ameliaranne Ekenasio posted following the grand final.

The Silver Ferns depart for Liverpool this week ahead of their opening Netball World Cup game against Malawi on July 12.