The number of people losing their lives to suicide has seen a marked decrease, with the latest statistics showing the rate to be the lowest in three years.

That is a decrease of 31 deaths. In comparison, last year's rate was the highest it had been since records began 13 years ago.

Chief Coroner Judge Deborah Marshall said although it was encouraging to see the suspected suicide rate decrease in the past year, it was important to remember that there were still more than 650 families around New Zealand grieving for someone who had died in tragic circumstances during that time.

"My sincere condolences to the families and friends of those who died by suspected suicide in the past year," she said.

With the release of the provisional results, Judge Marshall also called out those who had offered what she dubbed "unhelpful" commentary in relation to the effect the Covid-19 pandemic was having on people and the connection to suicides.

"Throughout this year, there has been unhelpful and irresponsible public commentary on the effect Covid-19 would have on the suicide rate.

"During the first lockdown period, I said it was unhelpful to release figures for such a short time frame, as it is nearly impossible to draw sound conclusion," she said.

"Nor do I believe such public discourse is helpful to people in distress."

Twelve more people aged between 80 and 84 years old died in the last year - up from six deaths last year.

While the rates for deaths by suicide among young people decreased - particularly in those aged between 15 and 19 years old (73 to 59 teenagers) and those aged 20 to 24 years old (91 to 60 deaths).

'There is always hope' - survivor 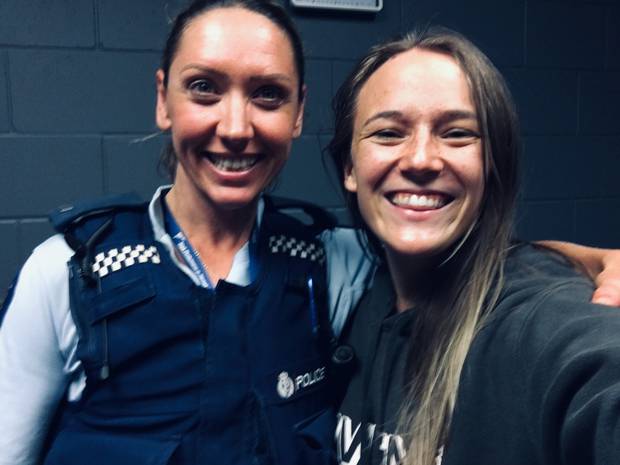 Jazz Thornton (right) with the police officer, constable Meikia Campbell, who saved her life when she was 19. Photo / Supplied

"This is greatly encouraging news and may suggest things are changing for the better."

Thornton is the co-founder of mental health advocacy charity Voices of Hope. She is also a survivor - having attempted suicide a number of times.

"If we continue to encourage safe and responsible discussion about mental health, then people feel much more comfortable being open about issues the may be facing and reaching out for support," she said.

"Inaccurate, speculative and distressing information about the relationship between suicide risk and the Covid-19 response is unhelpful and has the potential to cause significant harm."

While the Covid-19 response may have significant, long-term effects on people's lives, an increase in suicides is not inevitable," na Nagara said.

"There have been speculative comments on a wide range of platforms on media and social media of suicide numbers over recent months.

"This is distressing for families and communities, can be triggering for vulnerable people and further stretches the people who are working hard to provide support.

"We need to make sure that we are dealing with only the facts and remember that the Chief Coroner is the sole authority on real-time data for suspected suicides," she said.

"While it is encouraging to see that the number of suspected suicides over the course of the year is lower than the past two years, there is no conclusion to be drawn from this.

"We must also remember that behind every one of these numbers is a person and families."