Karakia organiser Lynsey Abbott talks with Kerre McIvor about last nights event and the impact the incident has had on the community.

Hundreds have gathered in a Hastings park tonight after a local 4-year-old boy suffered a brutal beating at home.

The boy suffered horrific injuries in his Flaxmere home two weeks ago.

Police still don't know who inflicted the beating and residents are gathering tonight for a karakia.

More than 250 people are attending in the play area of Flaxmere Park.

There is open discussion for anyone who wants to talk to the crowd on the microphone, and prayers, songs and speeches from community members and pastors. 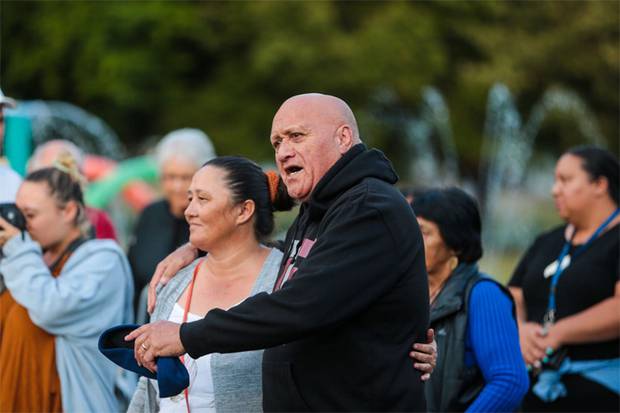 Lynsey Abbott, One Voice Community Services founder, lives just three streets away from the home where the child was severely beaten.

"What would he have been thinking when he was going through all of that, when that was all happening to him?"

She organised the karakia in support of the toddler so that community could come together as a whānau, as police continue to investigate the incident.

"We need people to see that this is not Paharakeke (Flaxmere) , this is not what we do behind closed doors. And to bring the mana back, the aroha back, because unfortunately, from what's happened to that baby, it's just gone and broken."

Abbott has provided colouring books and pencils for children, which will be sent to Starship Hospital. 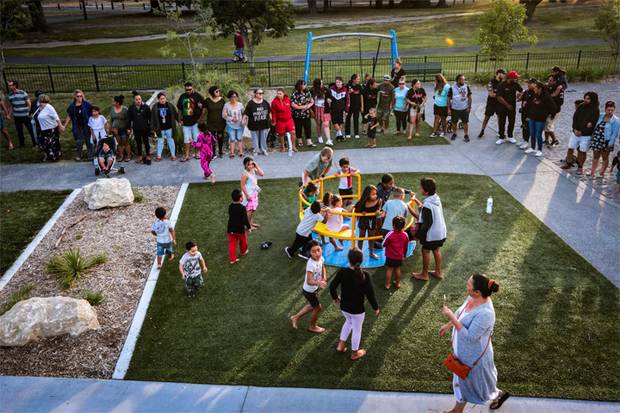 Dave Connell, Senior Pastor at Bay City Church, said that like many, he was deeply grieved by what had happened.

"Anything that happens to a child is a tragedy."

Connell said people should not look to one person, or organisation, to solve the challenge of child abuse.

"The answer has got be in the heart of us collectively."

Man Up Regional Director Michael Ngahuka said his heart went out to the child in hospital and their whānau.

Ngahuka echoed O'Keefe's sentiment that change began at home. "Whānau isn't harden up, it isn't hide. It's open up, share. It's where you be vulnerable. If we can change our family unit, we change our community."

"Don't let it get to the point where it boils over and you use your fists."

"If there's anger in our own hearts, don't bottle it up, cause it's never going to go away. At some point, it comes out to the surface. What we saw here, what we've experienced its somebody's anger that has come to the surface."

The boy, 4, was in a stable condition at Starship Hospital but is likely to be severely disabled after being badly injured at a Hastings property on January 29.

Detective Inspector Mike Foster said earlier today the boy was being looked after by extended whānau at the time of the incident. He is now in the care of his immediate family.

Foster said it was one of the most appalling cases of child abuse he has seen in his three decades on the force. He said the boy suffered a sustained beating - possibly over days.

"He's received extensive injuries across the whole of his body."

"He has a severe brain injury, part of his brain is dead ... so he's going to be severely brain damaged for the rest of his life."

Foster said the brutal injuries were akin to those inflicted on James Whakaruru, killed 21 years ago.

When James Whakaruru died the only part of his body not covered in bruises were the soles of his feet.