It's a move that opens up a range of possibilities for Motukawaiti, the only privately owned island among the Cavalli group.

Among those - as suggested by the owner, Jun Zhang - is a possible return to the people of Ngāti Kura, who had the island slip from their control in 1912 amid a "wave of alienations of leasing and sales" in the area.

Zhang took control of Motukawaiti almost 100 years later as settlement for a loan default by the previous owner, to whom he had lent the money to buy it.

That was in 2016. Since then, Zhang has returned to China and since 2019, the island and its expansive luxury home have sat empty, without a caretaker, while estate agent James Law has tried to find a buyer who can meet its $22 million price tag.

That purchase price is now gone.

Laws told the Herald the latest agreement to buy Motukawaiti had fallen through and now, there is no bottom line.

"The vendor has asked the public to ignore the previous price tags of $22m or $40m or so.

"They are currently overseas, and have no plans to return to reside in New Zealand in the near future. They are going to give this their best shot this time to sell this on the open market."

Laws said the owner was now taking bids on the island. Tenders close on May 28.

The new bid to sell the island comes with an acknowledgement of the interest from Ngāti Kura, which has been lobbying the Government to step in and purchase the island. The steep purchase price was considered to be out of reach of the hapū.

Laws said Ngāti Kura's concern the island might be too expensive could be wrong.

"The vendor would like to point out that it may not be the case, as what they may accept could surprise them." 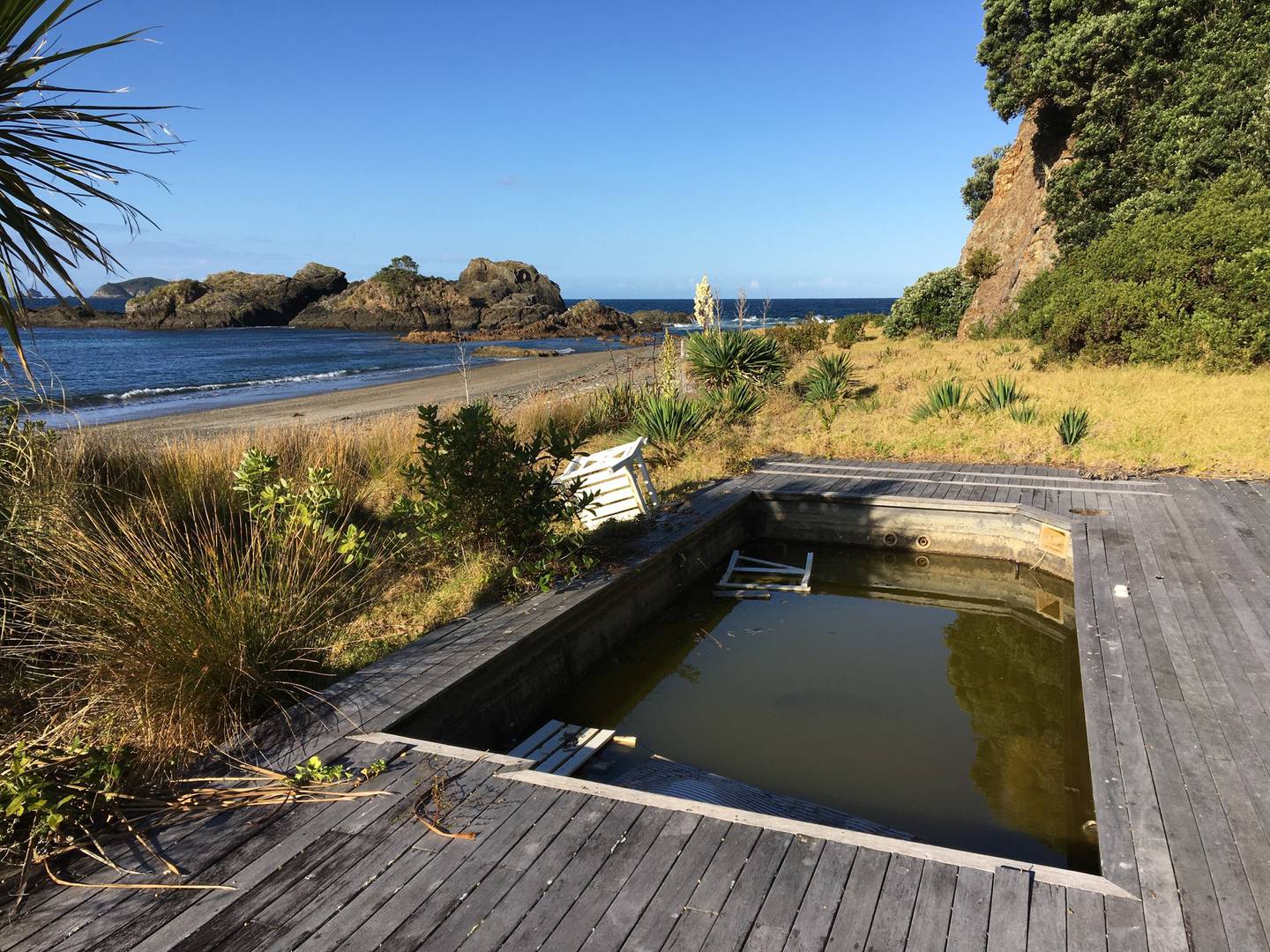 One of the pools at Motukawaiti's luxury home, green and stagnant. Photo / David Fisher

Zhang has not said how low he would go, wanting to sell the island yet asking the open market to set the sales price.

Motukawaiti has been through this dance before. One owner tried for almost 20 years between the 1960s and 1980s to have the Crown buy the island and put it into public ownership.

That owner, Peter Nisbett, of Moerewa, offered two-thirds of the island to the Crown for $100,000 in 1973. He later increased the offer to cover the whole island, rejecting private offers while the Crown dithered, eventually selling it privately in the late 1980s even as the other Cavalli Islands were brought into public ownership.

Historian Anthony Patete wrote an in-depth history of Matauri Bay, describing how those set out to "settle" this land did so supported by a developing state infrastructure that created a "wave of alienations of leasing and sales".

Land was sold out of communal ownership, often without community approval, which is what Ngāti Kura has maintained happened when the island was "sold" to George Hows. Subsequent challenges to the sale failed.

"The whole idea of the Native Land Court system was to break down tribal hierarchy and communal ownership of land," Patete says.

When the issue of taking the island out of private ownership arose recently, some in Ngāti Kura floated the idea of a co-management approach by the hapū and the Crown.

He saida claim before the Waitangi Tribunal sought to challenge the original sale of the island.

"The history of the island gives rise to very strong evidence that the Crown accept responsibility for its alienation. Until they come back saying they are going to challenge that, we have evidence [supporting] a significant Treaty claim … that would require the Crown to purchase it."

Samuels said the hapū would like to buy the island, short-cutting the Treaty process, but doing so would require significant fundraising.

"We're not in a position to purchase it," he said. "How about they surprise us?"

The island came into public view this year after the Herald travelled there and discovered the luxury home on the island had been abandoned for two years.

In that time, it had been repeatedly invaded, lived and partied in, and most things of value removed. That included high-end electronics and even an cast-iron wood stove taken from the island, apparently ferried more than 3km to shore on a makeshift barge. A large digger sits on the beach, torched, and the generator that provided power has been stripped.