National Party leader Simon Bridges said Budget 2020 was a "tsunami of debt" that will all need to be paid back.

"I'm disappointed because I don't see a plan for jobs and growth," Bridges said in replying to Finance Minister Grant Robertson's Budget 2020 speech in the House today.

As is tradition, Government MPs gave Robertson's speech a standing ovation, but with a half-empty chamber and physical distancing rules, there were no hand shakes or hugs this year.

Bridges said the key test for every piece of funding in Budget 2020 was: Does it save jobs and create growth?

He cited the 1000 people a day lining up for the dole since lockdown began.

"One thousand people a day face a very uncertain future."

He said the centrepiece for Budget 2020, a $50 billion Covid recovery fund, was "not a plan for jobs and growth".

"Spending money is the easy part but Grant Robertson doesn't even know today how he would spend it all. Much is unallocated.

"And it all needs to be paid back.

"Today we see a tsunami of debt about to wash over us. The greatest burden of debt in our country's history by a long way."

He said a $400m fund to boost for tourism wasn't proportionate for an industry that employed, directly and indirectly, 400,000 people.

Bridges welcomed aspects of the Budget 2020, including the extension and further targeting of the wage subsidy.

Despite no indication of changes to the tax system in Budget 2020, Bridges said a Labour-led Government would hike income taxes.

"Taxes are the last thing New Zealanders need but they are a certainty under a Labour-led Government."

He said the seven weeks of lockdown and lockdown lite had been "excessively hard".

"Workers and businesses have watched in horror as week after week of lockdown has washed away the businesses they have spent decades building.

"Even now, lockdown of a kind continues. At level 2, more workplaces can open, but there are still many rules. I say to the Prime Minister - put more trust in New Zealanders."

National MPs also gave their leader a standing ovation, and MPs that couldn't sit in the debating chamber because of Covid restrictions stood and applauded in the public gallery. 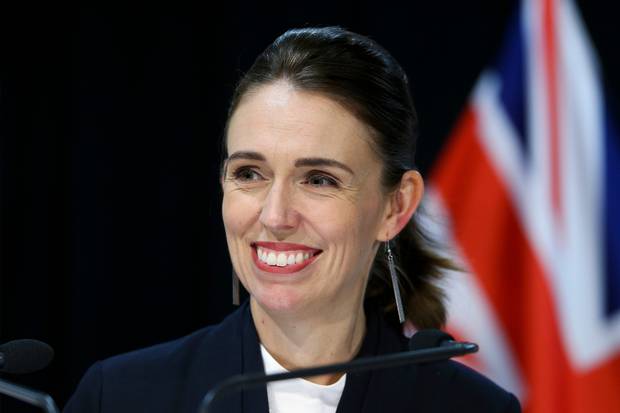 Prime Minister Jacinda Ardern responded to Bridges by saying that he had presumed things were "business as usual".

She said that Bridges had not move a motion of no confidence.

"I take that as a signal that the Opposition will vote for this Budget today. Now is the time to come together as politicians."

She said the times ahead will be tough, and unemployment will rise as growth slows.

"As a trading nation that will have an impact, and that will be significant and it will be painful."

She said the targeted wage subsidy extension for another eight weeks will help industries that have been devastated, such as tourism.

The Covid crisis was a chance to improve the housing shortage, inequality and child poverty, she said.

She noted Budget 2020's billions of dollars to fund tertiary training for specific vocational courses, such as building and construction, which would close New Zealand's skills gap.

She said that borrowing $5 billion for 8000 state and transitional homes was an extension of the help already given to the homeless during the Covid crisis.

These comments provoked interjections from National MPs about how KiwiBuild was going.

Ardern said jobs in pest control or to stabilise waterways as part of a $1.1b fund expected to create 11,000 jobs.

On child poverty, she said the Covid crisis could see more children in poverty, but that could be prevented by increasing the school lunches programme - which will also create jobs in the regions.

She said the Budget was about "jobs jobs jobs", and it was estimated to save 40,000 over the next two years and "support the growth of 370,000" more jobs over the next four years.

"The Budget sets out a clear plan to generate new green jobs, rural jobs, jobs rebuilding crumbling infrastructure and new training opportunities for those who need it.

"But even this is just stage one."