Health agencies could have bought enough meningococcal vaccine to immunise all children in Northland last year and chose not to, the National Party says.

But Health Minister David Clark says he backs the decision to only vaccinate some in the region.

The Government opted for a targeted, free vaccination programme in Northland after an meningococcal disease outbreak was declared on in November 22, citing research that showed focussing on children younger than four and 13 to 19-year-olds was the most effective way to stop the spread.

It didn't cover those aged five to 12.

About 40,000 doses were thought to be needed to cover everyone under 20.

At the time, Clark said agencies had "done well" to source about 20,000 doses of the vaccine needed amid a worsening global shortage and spread of the deadly disease.

But documents released by National show a second manufacturer in early November had offered another potential 33,000 doses to government drug-buying agency Pharmac.

"The minister, the Prime Minister, the Ministry of Health and Pharmac need to be honest with Northlanders about when they knew that more vaccines were available and why they weren't purchased," National's Whangarei MP, Shane Reti, said.

"I've received dozens of emails from angry Northland parents wanting to know why they were lied to about availability, they deserve answers."

In a statement on Monday, the Ministry of Health said the international shortage was not the only reason for narrowing the programme.

The Pfizer vaccines had been twice the price, it said. 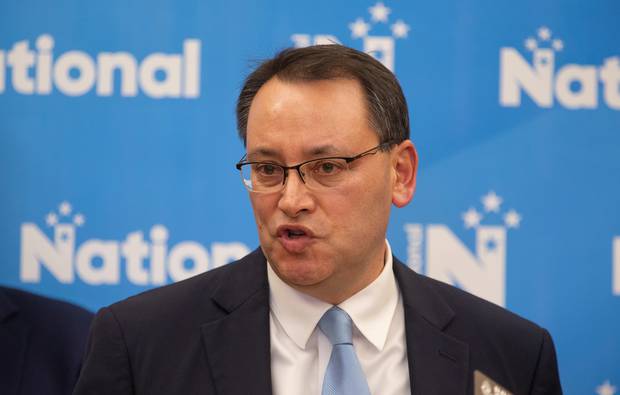 Director-General of Health Ashley Bloomfield said the minister had not been briefed on the exact numbers or other offers for vaccines.

"A number of factors were considered when deciding on a vaccination response including the capacity of health services to vaccinate a large number of people quickly before the summer vacation when many people would be on holiday," he said.

Clark said he learned additional supplies were available in November "if a wider vaccination programme was required later" but that he did not learn of the exact additional supply offer until May 21, when he was contacted by the drug's manufacturer, Pfizer.

The targeted programme had successful and based on similar work in Australia and Britain, he said.

"There has only been one case of the disease in Northland since it was launched – and that was an infant too young to receive the vaccination," he said.

Prime Minister Jacinda Ardern on Monday told reporters that it was not clear whether the additional Pfizer stock had ever been available to New Zealand.

The decision had been based on expert advice, she said.

"The advice that we received, which was then acted on, was target those who are more likely to contract the strain of meningococcal we were dealing with."

Pharmac confirmed it had contacted two suppliers - its contracted provided, Sanofi, and Pfizer.

"Pfizer also advised it had 33,000 doses available to order immediately [on November 9]. However, they couldn't guarantee the stock would be available at a later date. We understood the stock was for Australia, who were also facing an outbreak," Pharmac chief Sarah Fitt said in a statement.

The agency said it had later bought 5000 of the Pfizer vaccines in response to a request form the Northland District Health Board.

The Ministry's website cites the global shortage as a reason for only buying 25,000 doses, saying it was what was immediately available.

Dr Reti said the agencies had been penny-pinching.

"How can you put a price on lives during an outbreak?" he said.

Meningococcal disease is a bacterial infection that causes meningitis - an infection of the membranes that covers the brain - and septicaemia, or blood poisoning.

While meningococcal B (MenB) had long been the dominant strain in New Zealand, causing two thirds of cases of the disease, there has been growing concerns over the spread of new strain MenW since 2017.

Medical experts said MenW could present differently to other strains, including severe respiratory tract infection such as pneumonia and, more so in adults, gastrointestinal symptoms.

Within three to seven days after being exposed to the bacteria, meningococcal disease was typically first felt by the onset of a sudden high fever and was easily mistaken for other common flus and illnesses.