Almost half of New Zealanders say they've been paid less for doing the exact same job as another person, but most didn't complain to their boss because they didn't trust it would help.

According to a new survey women, younger workers and those earning between $40,000 to $80,000 were more likely to experience unequal pay - usually finding out they were being under paid from a colleague, not their boss.

Employees said sometimes the discrepancy was because of their skill level - but age, gender and ethnicity were also believed to be key drivers of pay gaps.

The survey findings, in new Human Rights Commission research about workers' pay experiences, have prompted fresh calls to end remuneration "secrecy" in New Zealand, by passing new transparency laws that would bring us in line with other similar nations.

"Particularly now, with lots of people feeling quite vulnerable, and thinking they should just say 'yes' to any work because of Covid and the power dynamic is swayed, we need to legislate change," said Equal Employment Opportunities Commissioner Saunoamaali'i Karanina Sumeo.

"We've had the Equal Pay Act since 1972. But still we have problems because the individual is left to fight on their own - and it's gone beyond gender, there's huge ethnic inequality too."

Sumeo has been at the forefront of a campaign calling for pay transparency in New Zealand, which would see companies required to either report to an equity agency; forced to make their gender and ethnic pay data public; or available in bands to employees. 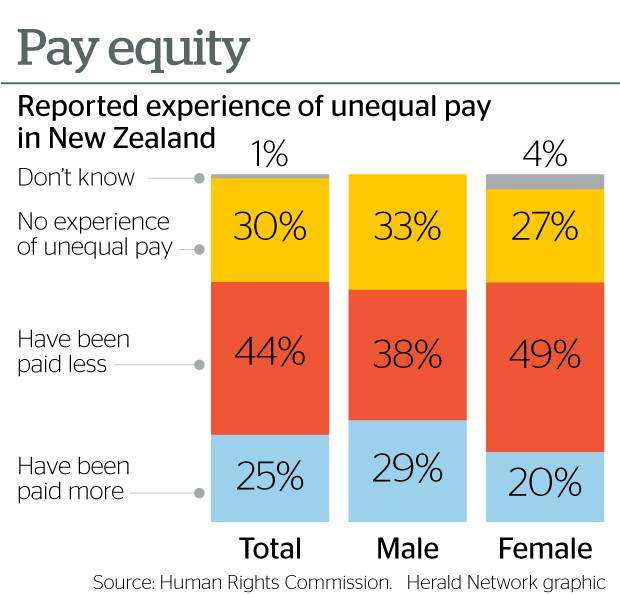 She and other campaigners, such as unions and women's groups, were hopeful pay transparency provisions would be included in the Equal Pay Amendment Bill making its way through Parliament currently.

The Bill adds to the Equal Pay Act, which says it's unlawful to discriminate based on gender, by ensuring fair pay for industries where women make up the majority of the workforce. However, despite lobbying, pay transparency provisions were not included.

At the time, Workplace Relations and Safety Minister Iain Lees-Galloway it would have "slowed the process down".

What has happened to progress pay transparency since then is unclear. Documents released to the Herald show there was a literature review curated in mid 2019, and a timeframe for a work programmed created in September, but the Ministry of Business, Innovation and Employment refused to release that timeframe. 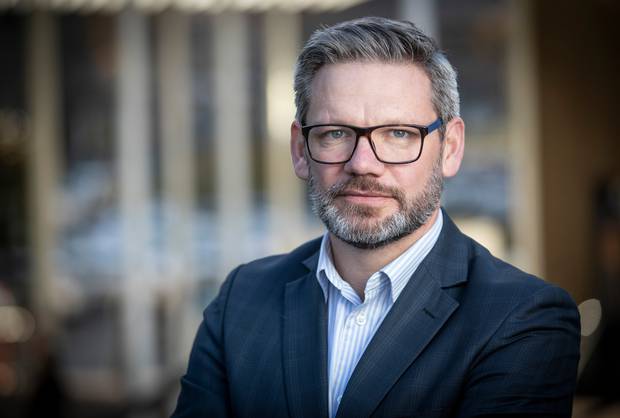 Workplace Relations and Safety Minister Iain Lees-Galloway has yet to release his work plan around pay transparency. Photo / File

Campaigners say however, without transparency the gender pay gap - now at 9.3 per cent - or the ethnic gap - the pay gap for Maori women is 20 per cent - cannot be closed.

Nancy McShane, a PSA delegate and convenor of the union's women's network, said knowing what others in a similar role to you were earning was vital for workers in negotiating.

"I think without pay transparency it is sort of like fighting fog – there's something blocking the truth of what's going on. With a great deal of effort, it is possible to find information to back up your argument, but I think if we had pay transparency in place then it is a much easier process."

McShane, a hospital administrator in Christchurch, said it was an issue that had been fought for a long time - Kate Sheppard was calling for gender pay equity at the same time she was calling for women to get the vote.

And it's not just women who are being ripped off it's actually families," she said. "It's now, it's future generations." 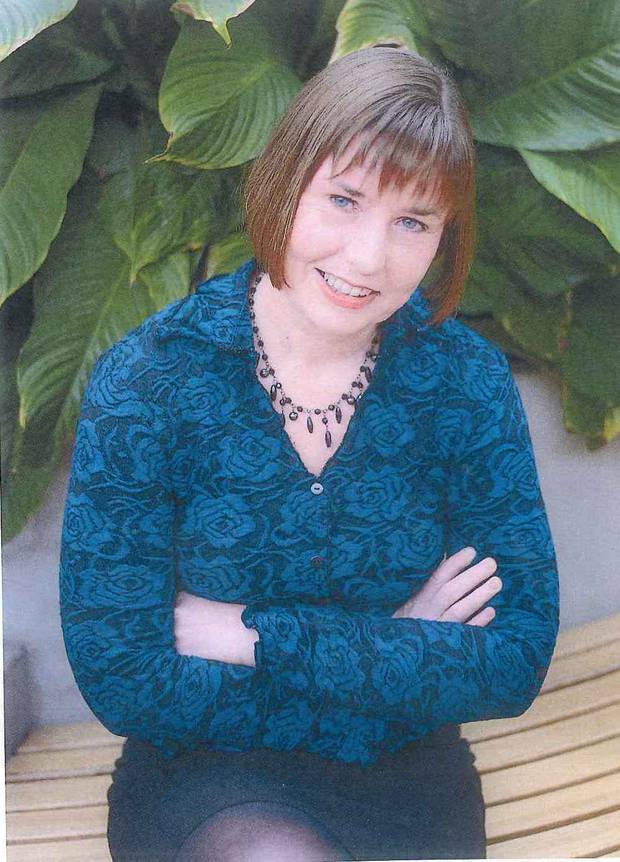 "I think without pay transparency it is sort of like fighting fog" - Nancy McShane, a PSA delegate and convenor of the union's women's network. Photo / Supplied

The research, the first of its kind in New Zealand, spoke directly to McShane's point, with the more than 2300 participants describing how they only found out about pay from colleagues, and didn't really know what to do with the information.

Those who cited gender, age or ethnicity as reasons for unequal pay said it made them feel they'd been treated unfairly or weren't valued. But the majority didn't formally complain, saying they were scared or it was pointless. About 20 per cent simply left their companies.

Negotiation was rare - with 26 per cent of men and 20 per cent of women saying they negotiated higher pay. Those on more than $100,000 per annum were three times as likely to negotiate as those earning less than $40,000.

About two in three said having more information about pay rates should be mandatory, and around the same amount said that large employers should have to make data public, and that it would help them see if their pay rate was fair.

"I think it would become quite normal for people to seek out this type of information If it was available," one respondent said. "You would access it and make some advantage out of it. It's human nature, that's what we do with information."

United Kingdom: New legislation came into force in April 2017, which places a duty on all employers with more than 250 employees to publish their gender pay gap data every year. This includes data on pay, bonuses, and total gender breakdown of employees.

Norway: Its Gender Equality Act gives employees the right to request the pay data of individual comparators at company level, but any data received must be kept confidential.

Germany: Its new law on transparency gives employees in organisations with more than 200 people the right to request pay information, including the disclosure of the remuneration that employees of the other gender receive for comparable work on a monthly average; a breakdown of this information for up to two specified wage components (e.g. base salary, bonus payments).

Australia: The Workplace Gender Equality Act 2020 requires non-public sector employers with 100 or more staff to submit a report to the Workplace Gender Equality Agency, which benchmarks them against six gender equality indicators. The Agency uses the data to develop confidential and customised reports for employers, that allow them to compare their performance to their peers.

Canada: In May 2018, the Canadian province of Ontario passed the Pay Transparency Act 2018, the first piece of pay transparency legislation in Canada. It requires employers to report their pay practices to the Ministry of Labour.