Police have closed State Highway 1 at Bombay as they begin setting up checkpoints to prevent Aucklanders fleeing the city to dodge lockdown.

Some motorists have tried to flee the level 3 lockdown by heading for their beachside baches, but are being urged to stay home.

Epidemiologist Michael Baker is urging Aucklanders to stay put after last night's announcement that there were four active cases of Covid-19 as a result of community transmission.

Thames-Coromandel Mayor Sandra Goudie said she doesn't blame people for leaving, or wanting to leave, but she hopes that if they were at their bach they stayed in their bubble. 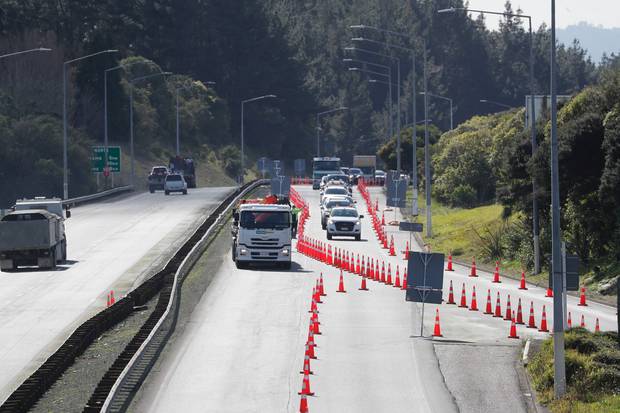 Images of traffic jams have been flooding social media and reports of some Auckland residents travelling hours to get out of the district.

Goudie said it wasn't up to her to tell people what to do, but with Prime Minister Jacinda Ardern announcing level 3 restrictions, people needed to follow her instructions.

"With the Prime Minister saying stay at home, if you want to keep people safe, you should stay at home. No one knows where it's been in Auckland.

"If people do manage to escape Auckland, because I can't stop it, then I'm just hoping they stick to themselves, they stay in their bubble.

She said the Thames-Coromandel district was home to the highest number of over-65s in New Zealand, and an influx of Aucklanders could put them at risk.

"We don't want you bringing it with you, not to the Coromandel where we've got the highest over-65 population in the country.

"If you do escape, stick to your own bubble and be really staunch about that.

"People are getting extremely fearful about the whole situation and for many people with underlying conditions it's a serious risk so heed the Prime Minister's message."

Baker said he didn't want to see people moving outside of Auckland as that would only make it harder to stop the spread.

"We don't want people to be moving outside of Auckland at the moment because that can spread the virus and there could be a national outbreak. 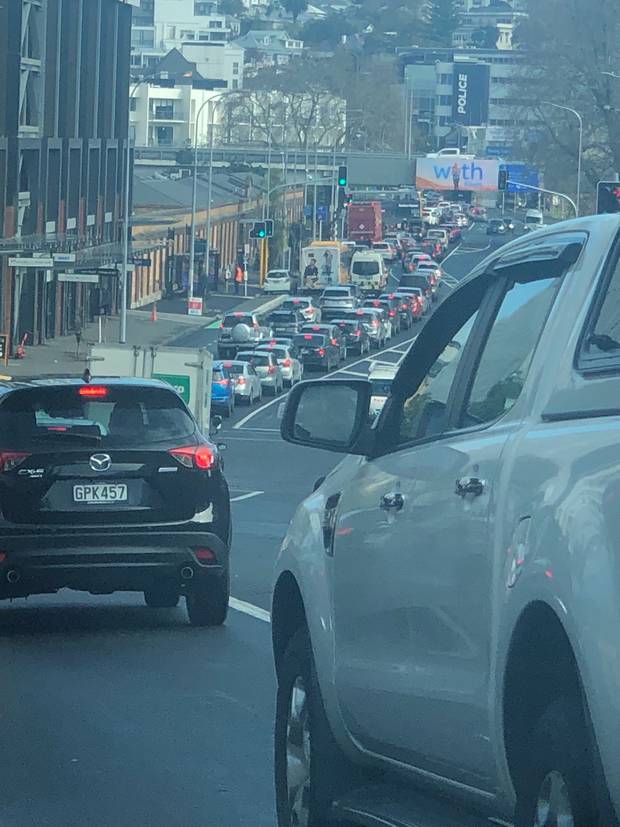 Traffic was heavy 20 minutes before midday as motorists battled to get home in time for lockdown.

"The advice would be to stay put at the moment.

"We don't want people suddenly going out of Auckland saying 'I'm just going to go to my holiday home for the next week or two', that's not going to be helpful at all."