The Kiwi owners of a laundry detergent brand labelled "worse than water" in a recent Consumer NZ tests are disputing the results and could take legal action.

According to the Consumer NZ tests the tropical scented Re.stor Concentrated Laundry Detergent Sheets performed worse than a water-only wash and landed the product on the Consumer NZ "do not buy" list.

The other laundry liquids not to make the grade included Essentials Laundry Liquid (2L) and Value Laundry Detergent (2L).

Taylor and Lee are refuting Consumer NZ claim the Re.Stor product was the "most expensive" and say because of the price per wash the laundry sheets were more economical. 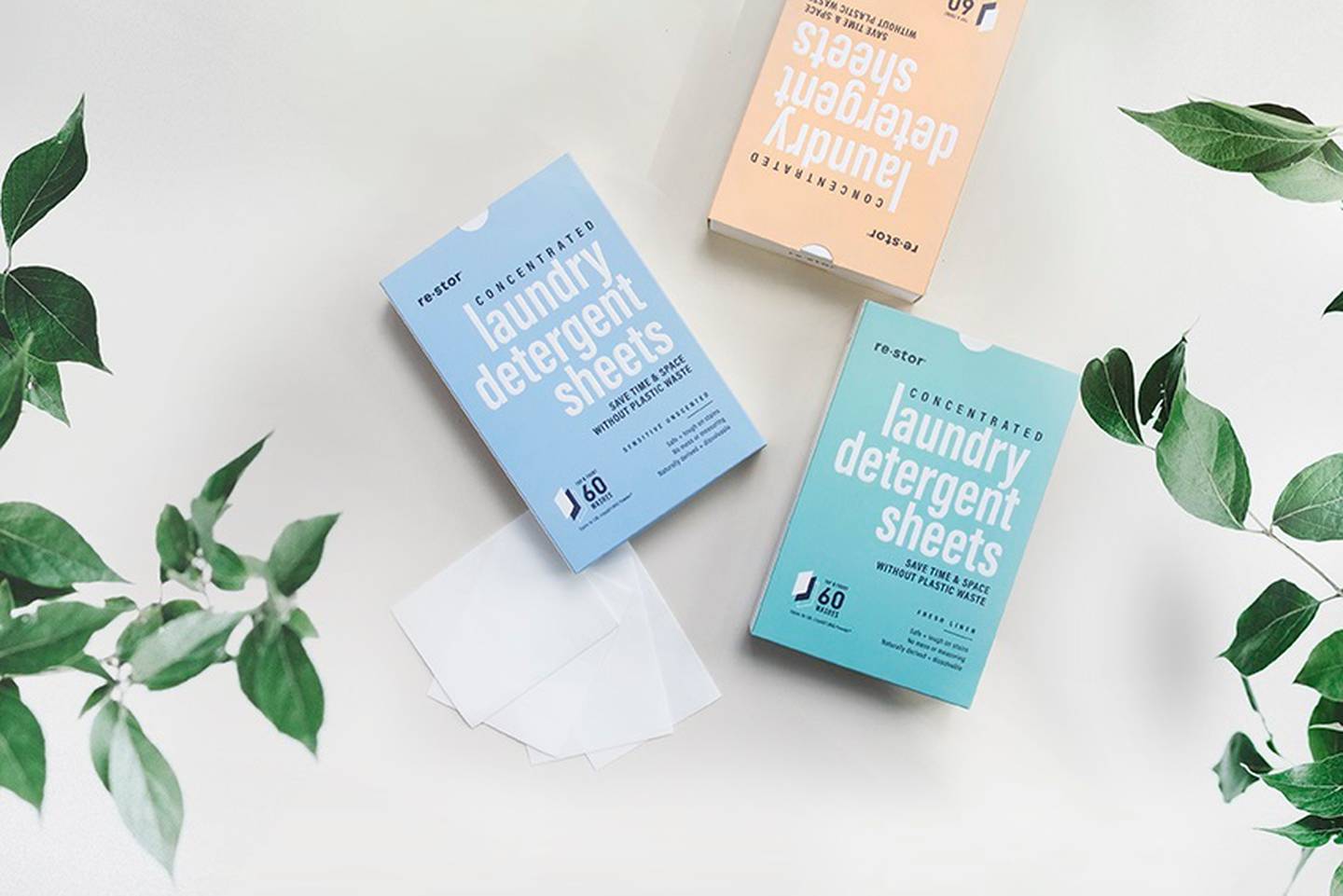 The tropical strength laundry sheets received a 'do not buy' review from Consumer NZ. Photo / Supplied

Products were tested to see how well they removed stains such as make-up, grass, blood, engine oil and food.

"Consumer NZ has firstly misled the public and the media claiming we are 'more expensive than the leader" and the "most expensive"," Renee Lee said.

"We are actually 8th from the top on purely the pack sizes they've included, which firstly proves this statement incorrect."

Lee said there was "no physical way we can be worse than water given that mixing and dissolving our sheets with water is part of the washing process." The pair accused Consumer NZ of "hunting for a headline".

Lee said the claims by Consumer NZ were damaging to their small business and the company would consider legal action if there was no retraction.

"It has been an incredibly stressful 24 hours and we were shocked at the claims - there was no notice and no right of reply."

"It has been so damaging."

But Consumer NZ is standing by the test results and said all testing was done independently.

"We have been testing laundry detergents for a decade and are proud to provide the results free to the public, le Page said. The laundry sheets dissolve in the wash and come packaged in a cardboard box. Photo / Supplied.

"We think it is important consumers have an independent source of information about the quality and performance of laundry detergents."

Le Page said claims that Consumer NZ testers had not followed the correct instructions were incorrect.

"Dosage and instructions are followed by the lab, these details are checked before testing commences," he said.

As far as the product performing worse than a water-only wash Le Page said that was what the results showed.

"We don't know why the Re.stor product didn't perform," he said.

"We measure how much staining remains after a wash and compare the performance of all the products tested to score them. We don't analyse why, as that would add no value for consumers."

Le Page also stood by the Consumer NZ finding that Re.Stor was more expensive than the top performer.

"The argument about cost per wash is null and void. Even $12.50 divided over 60 washes is still too much to pay for something our lab found performs worse than water."

Le Page said there would be no retraction or retesting at this stage.

"If we identify that we have made a mistake in our testing or statements, we wouldn't hesitate to do so.