Phil Jones is heading a team tasked by Guy's widow, Kylee, to look into one of the country's most baffling unsolved killings.

Scott Guy was killed at the end of his driveway early on July 8, 2010, after leaving for work on the family farm in Feilding.

It is believed the gunman closed the gates at the driveway - they were normally left open - and pulled the trigger as the 31-year-old father of two climbed out of his ute to open them.

Guy's brother-in-law, Ewen Macdonald, a pallbearer at his funeral, was charged with his murder in April 2011. He was acquitted at a jury trial the following year but was jailed for five years for other offences, including arson, poaching, and vandalising the Guys' property.

Jones, of Omega Investigations, told the Herald today that his team had about 150 lines of inquiry to sift through, however many of those were ones from the investigation the team were involved with during their original investigation in 2013.

Jones is now taking over the investigation from Mike Crawford who was now semi-retired, however he was still actively involved. 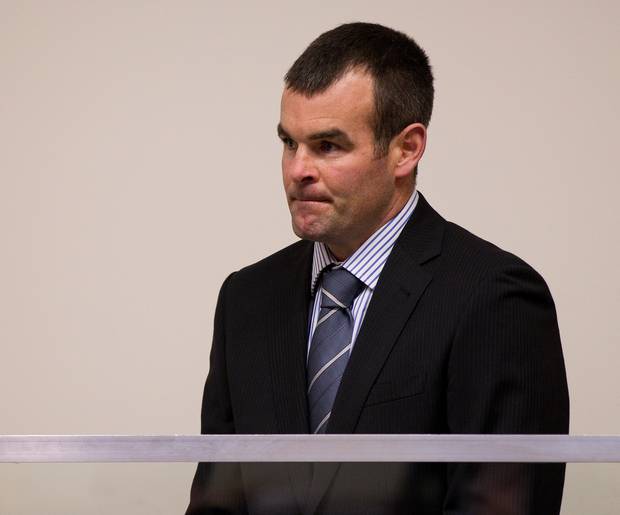 Jones said they had received a few calls after the Guy family, including Kylee Guy, spoke out last month for the 10th anniversary of his death.

"It's early days. From the last publicity [last month] I did get some calls, just a few calls, and they were interesting so we will have a look at those ... they are people who have never rung before.

"There is a little bit of new stuff in the last seven years that we've identified but most of it is from what we did originally.

"There might be some of those inquiries that the police will be able to say 'oh no, we've completed that inquiry and there's an answer for that' but the intention is to put it to police and see what response they've got to that."

The new inquiry was still in its planning stages and yet to fully get off the ground.

"It's still a bit early at the moment but we're just putting some stuff together. There's a lot to be done, we've got to decide priorities, obviously with the intention of providing information to the police."

Jones and his team had clocked hundreds if not thousands of free hours which earlier this month led to Kylee Guy's friends to launch a givealittle campaign to help fund the investigation which this morning sat just over $16,000.

Meanwhile, Kylee Guy spoke out to TVNZ for the first time in 10 years since her husband's death saying she was determined to "find out who's done this".

"A young man, which is my husband, was taken in a horrible, horrible way, and at the end of the day nothing's been done," she said.

"The killer's still out there."