Chief Ombudsman Peter Boshier is furious that his staff were forced to mix at a hotel with people who were being put into quarantine.

Boshier told the governance and administration committee this morning that his staff had arranged to stay at a hotel in Auckland before inspecting a prison the next day a few weeks ago.

"Suddenly in the evening, all these people arrived from overseas to be put into quarantine and we weren't told. So we were all mixed up with everyone else and I was livid.

"I had to cancel the prison visit the next day."

Boshier said his staff went into isolation for a period.

"Staff had to be tested straight away ... I had to stop other planned visits while I sorted out whether we were presenting any risk to other staff or other people we would be mixing with."

Boshier said that his office was now going to inspect and monitor the quarantine and isolation facilities to ensure everything was working as it should be.

His comments follow the positive Covid-19 tests of two women yesterday who were allowed to leave their managed isolation in Auckland on compassionate grounds without being tested first.

The failings have seen the Government suspend all compassionate leave for those in quarantine and managed isolation for the time being.

Boshier told the committee that his office had looked at the Ministry of Health's management of leave applications on compassionate grounds and found that it has "not been as good as we would have liked".

National MPs on the committee related a number of stories about questionable practices at the hotel facilities, including where people were wrongly allowed to go to the supermarket, and where people in their first week of quarantine or managed isolation had mingled with people in their second week.

That brings up the possibility of asymptomatic transmission from a more recent arrival to a person who is about to finish their isolation and who may leave before any symptoms surface.

Department of Prime Minister and Cabinet chief executive Brook Barrington told the committee that he was going to step in to ensure proper processes were being followed.

"On the two cases, officials across the relevant agencies are in no doubt at all that what has happened is unacceptable," said Barrington, who is also chair of the government's crisis committee Odesc.

He said there should be no mixing and mingling, no absconding from quarantine, no leaving without first testing negative, and everyone should be tested on day three and day 12.

"Those involved have to do better. I am certainly going to bring my weight to bear to do everything I can to ensure that that happens.

"I am now stepping in as chair of Odesc to look at this as a system. I can't fix the past. We have to focus on the future."

National Party leader Todd Muller has called for Health Minister David Clark to be sacked, but Barrington said it was an issue for officials, not ministers.

"Undertakings have been made to the Government, and we as officials have to meet those undertakings. And we will.

He rejected the idea that New Zealand's success on Covid-19 was down to luck, but rather "brains and hard work".

"We've had 24 days without a case. We eliminated the disease while still bringing in an average of 220 people a day. So let's put this in perspective.

"The border actually is working. The border is keeping out cases. Our actions at the border have made elimination possible. That is demonstrably true. People should have confidence in the border because elimination is proof of that.

"That is the macro point. There are subordinate points that clearly need to be tightened up."

Asked what needed to change, he said: "It's protocols which are applied consistently. It's training, it's supervision, it's monitoring, it's feedback loops, it's leadership. Those things will be reinforced from today."

Putting it all together was a challenge, he said.

"When we bandy around words like 'incompetence', with all due respect, we have to be aware that it is a really complicated, demanding, challenging operational space." 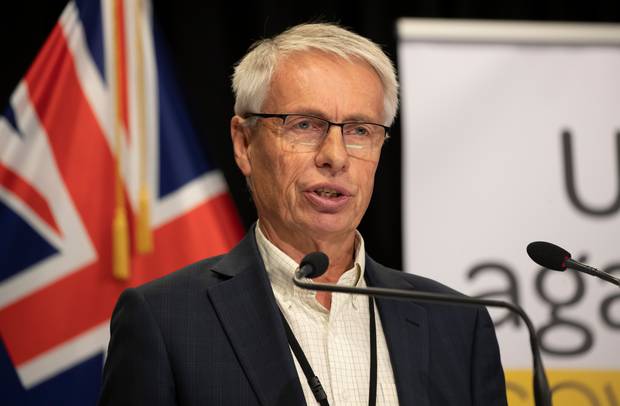 All of Government Controller John Ombler says it will be challenging to keep the border Covid-tight while opening it more to travellers. Photo / Mark Mitchell

All of Government controller John Ombler told the committee said 14,000 people had been managed into hotels after arriving in New Zealand from overseas, while there were currently about 3500 people in hotel rooms.

"I don't accept the fact that there's been repeated reporting and no action. It has been a learning-as-we-go exercise," Ombler told the committee.

"There was no manual for this. We've not done it before. We've learned as we go and we are learning again today."

He said hotels were not ideal for holding people in quarantine or managed isolation.

"That's not an excuse. It's just context for where we're at. So it's not at all surprising there have been issues along the way.

"We'll be ensuring that we meet the obligations in making the border the secure boundary that it needs to be. That's in the context that many would like the border to be more open too.

"It's going to be a challenge to be a border that is absolutely locked tight for Covid as well as opening up in other ways."