New Zealand's first draft plan to teach our own history in schools has been slammed as "unbalanced" by the Opposition National Party.

The long-awaited draft curriculum for what are called "Aotearoa New Zealand's Histories" is structured around just three "big ideas" - all about Māori and colonisation. They are:

• "Māori history is the foundational and continuous history of Aotearoa New Zealand."

• "Colonisation and its consequences have been central to our history for the past 200 years and continues to influence all aspects of Aotearoa NZ society."

• "Aotearoa NZ's history has been shaped by the exercise and effects of power."

The last idea is explained more fully as: "Individuals, groups and organisations have exerted and contested power in ways that have improved the lives of people and communities, and in ways that have led to damage, injustice and conflict.

"Ideologies and beliefs, from within and beyond Aotearoa NZ, underpin expressions of power and resistance and insisting on rights and identity."

The draft document, released by Prime Minister Jacinda Ardern during a visit to the site of an 1846 battle between the British and Ngāpuhi at Ruapekapeka, is open for public consultation until May 31. All schools will be required to teach the subject from next year.

Education Minister Chris Hipkins said each school would be expected to use their own local histories to inform the national themes, such as Ruapekapeka in Northland or "Māori and Chinese heritage" in Otago. 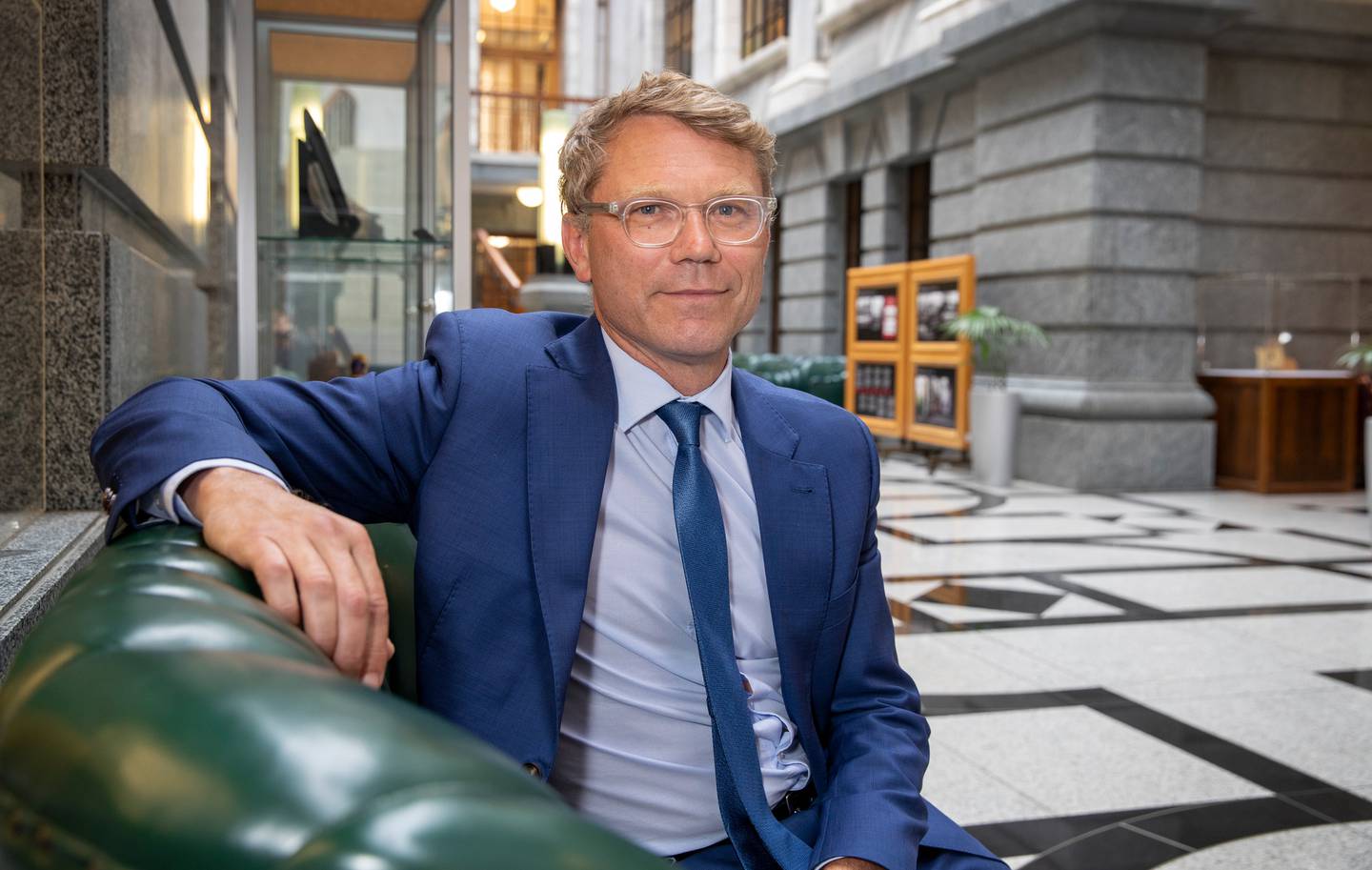 But National's education spokesman Paul Goldsmith, who has written several books on NZ business and economic history, immediately attacked the first draft as "lacking in balance and needs revision".

"The themes are mainly about identity and identity politics. That's part of the story – but there are other elements to New Zealand's history," he said.

"How did we make a living as a country? How, in such a short space of time, did we attain one of the highest living standards in the world?

"Those basic questions don't feature prominently. They deserve much more than a passing reference.

"New Zealand is also one the oldest democracies in the world, with strong traditions of freedom and the rule of law – which is rare in this world. How did those institutions develop? Again, this is not a central theme," Goldsmith said.

"History is always contested. I encourage all New Zealanders to look at the proposals and submit on them."

However Post Primary Teachers Association (PPTA) vice-president Chris Abercrombie, an Invercargill history teacher, said he was excited by the new curriculum and believed it had "got that balance" that was needed.

He said the emphasis on local history would encourage teachers to find out their own local histories, but most teachers would need support.

"I have a degree in history, I have the skills and knowledge to do this, but not every teacher does," he said. "If you are expecting teachers in Years 1 to 10 to do it, they might not have the specialised knowledge so we have to make sure the support is there." 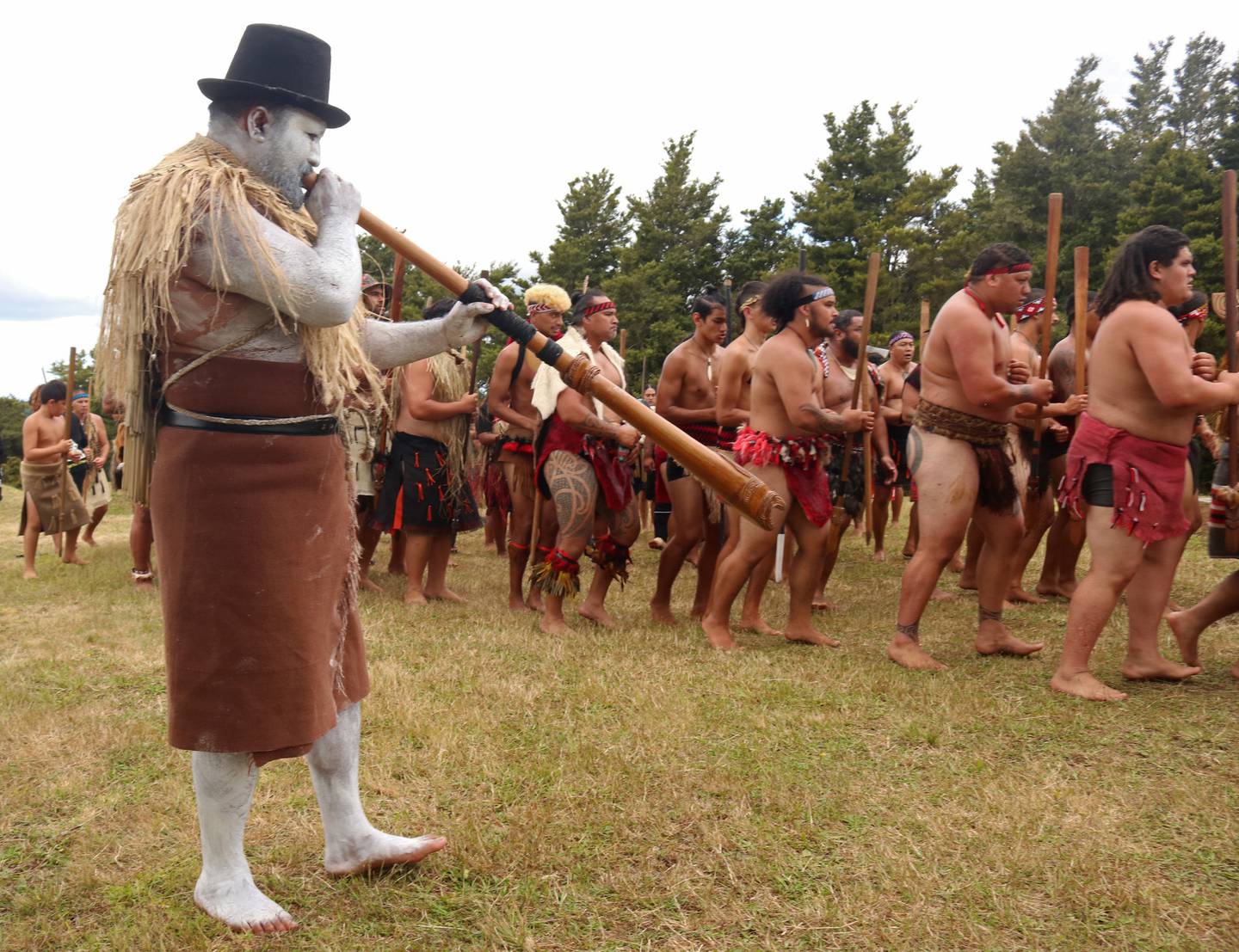 Koro Nicholas of Tauranga Moana played the pūkāea at the 175th anniversary of the Battle of Ruapekapeka last month; students will now learn about the battle. Photo / Peter de Graaf.

PPTA president Melanie Webber said she learnt very little NZ history at school and she was delighted to see that students would now learn about the Battle of Ruapekapeka, where one of her ancestors fought for the British. 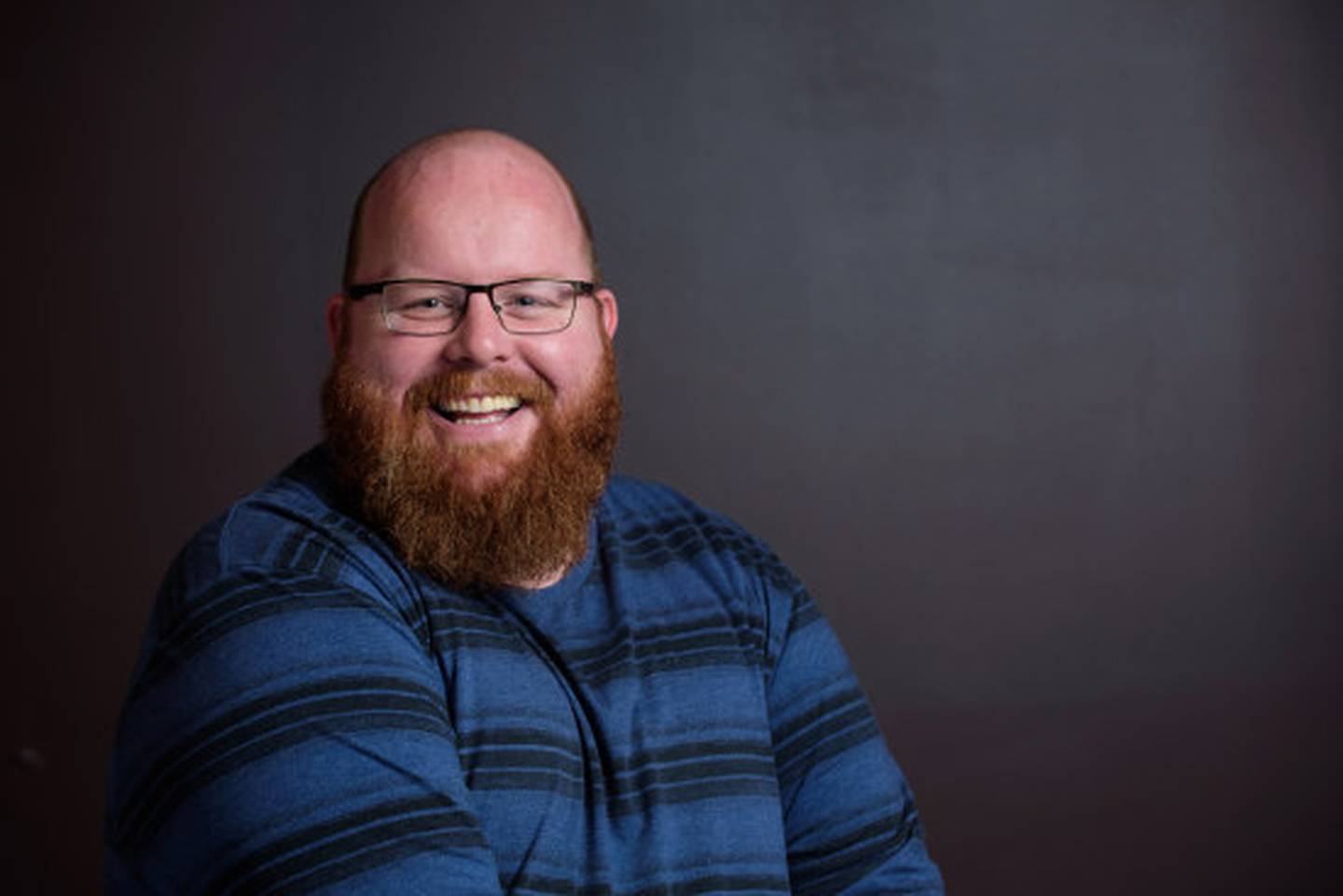 Chris Abercrombie believes the curriculum has "got that balance" that is needed. Photo / Supplied.

Principals' Federation president Perry Rush welcomed the emphasis not just on "dates and events" but on "the authorship of history".

"It helps students understand that history is and can be informed by those that tell the story," he said.

"We don't have a single history which is dates and events. We have quite an interesting approach aimed at helping our young people understand why history might be told the way it is. There is a very strong critical thinking element to this curriculum, which is welcome." 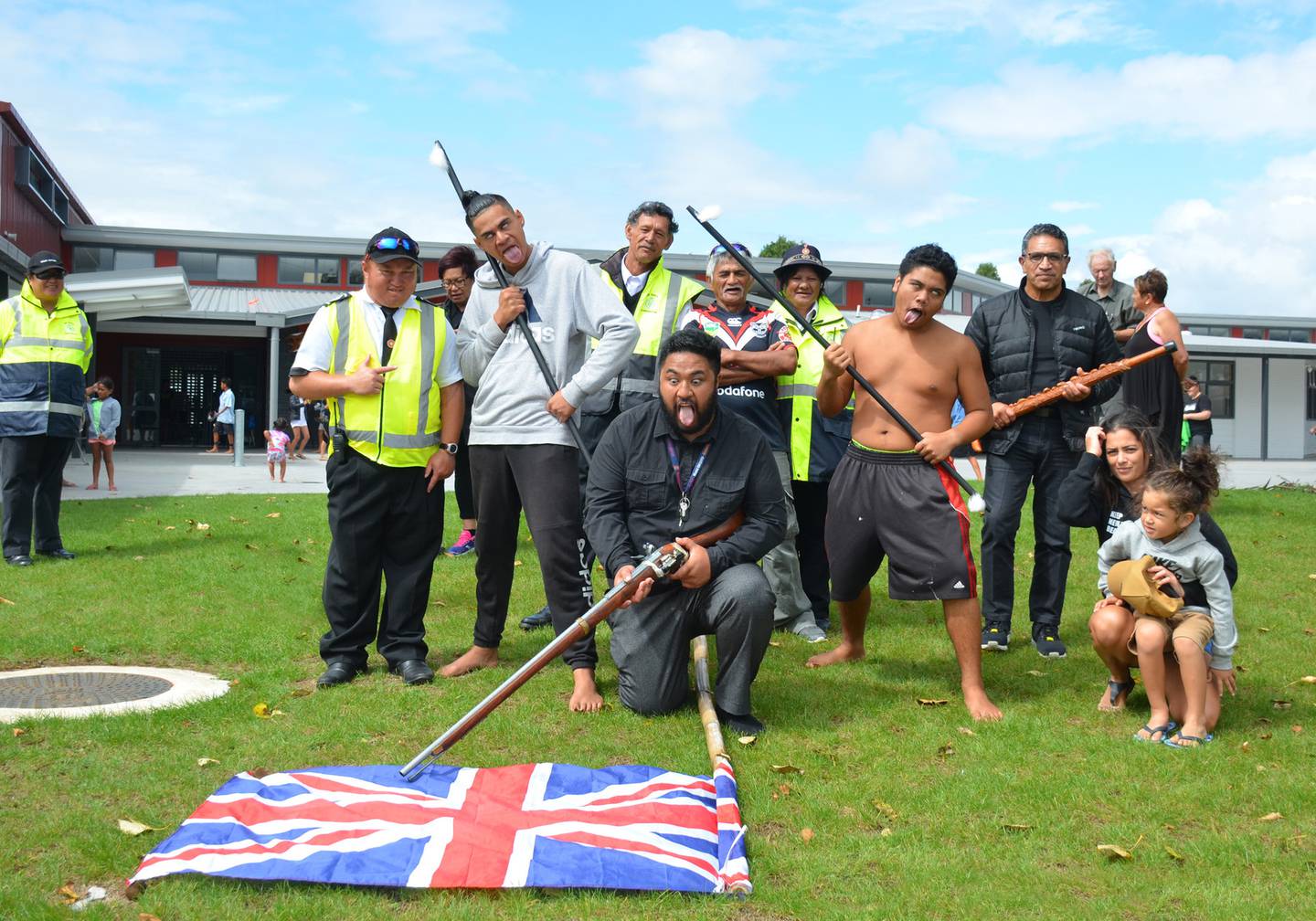 The draft curriculum sets out detailed topics to be taught at each level across the first 10 years of compulsory schooling in three strands - "understand", "know" and "do".

The "understanding" strand comprises the "three big ideas", which are expected to underlie teaching at all levels.

The "know" strand is organised under three headings:

• Whakapapa me te whanaungatanga (ancestry and family links) - "our familial links and bonds, our networks and connections, our sense of obligation, and the stories woven into our collective and diverse identities".

• Tūrangawaewae me te kaitiakitanga (ancestral land and stewardship) - "the relationships of individuals, groups and communities with the land, water and resources" and "the history of contests over their control, use and protection".

• Tino rangatiratanga me te kāwanatanga (sovereignty and government) - "the history of contests over authority and control, at the heart of which are the authorities guaranteed by Te Tiriti o Waitangi", and including "relationships between the state and the people who lived here and in the Pacific".

"Whakapapa me te whanaungatanga" focuses on migration. Students will learn in Years 1 to 3 that "Maori navigation to Aotearoa NZ was deliberate and skilful"; at Years 4 to 6 that Polynesian ancestors "had already explored vast areas of the Pacific"; at Years 7 to 8 about later Māori migration to the cities and overseas; and in Years 9 and 10 that "Aotearoa NZ has a history of selective and discriminatory practices to control migration, with little negotiation with Māori as tangata whenua".

In Years 7 to 10 it also brings in themes on "international conflicts" including the two world wars, and "identity". 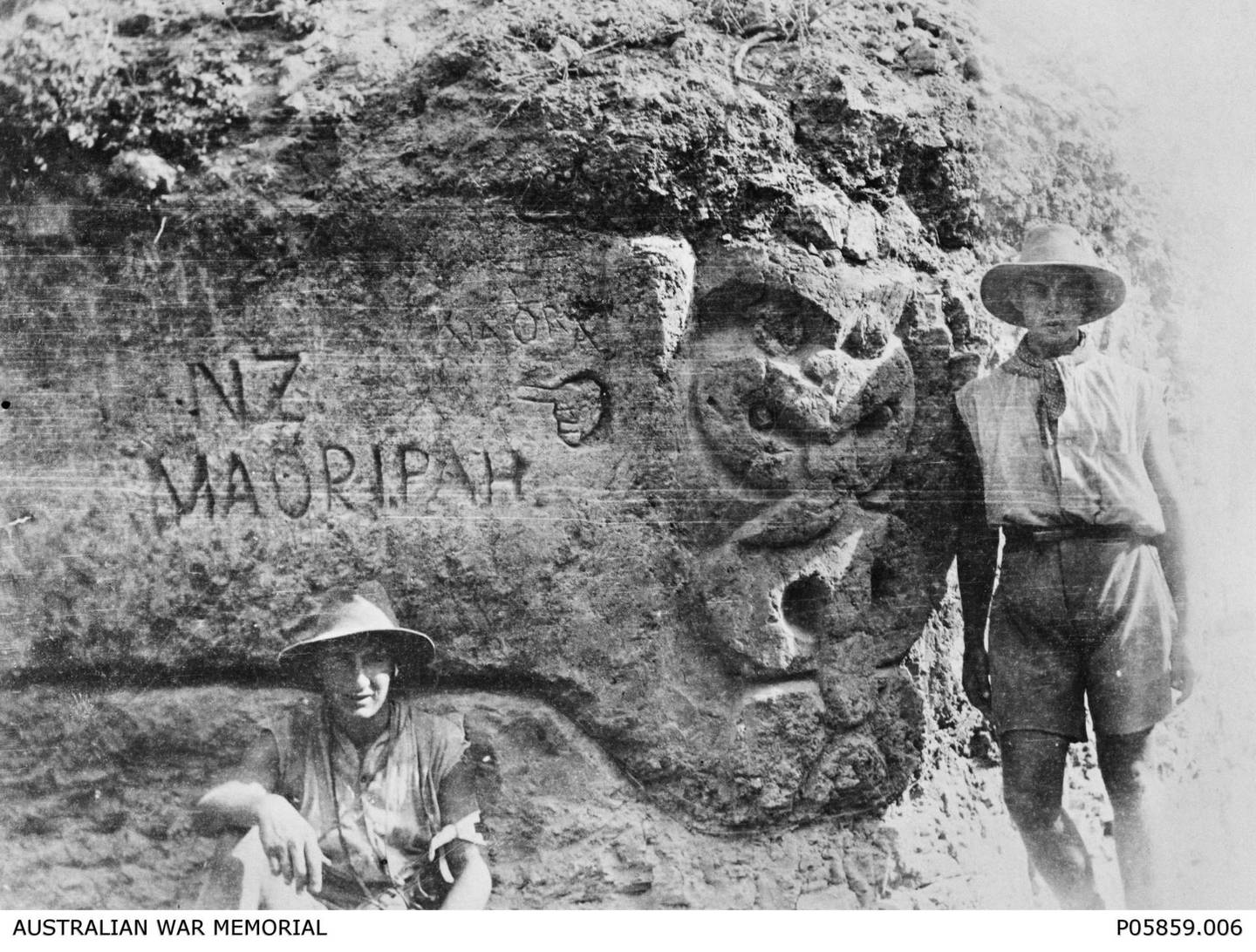 In Years 7 and 8 the "identity" theme says: "Different stereotypes of a 'NZ identity' have been purposefully constructed at different times to define who is included and who is excluded."

"Tūrangawaewae me te kaitiakitanga" starts with how places got their names in Years 1 to 3 and progresses to covering the causes of the Taranaki and Waikato wars, environmental conflicts such as the Save Manapouri campaign and Waitangi Tribunal claims in Years 9 and 10.

"Tino rangatiratanga me te kāwanatanga" includes learning about the Treaty of Waitangi at all levels - who was there in Years 1 to 3; the treaty's English and Māori versions in Years 4 to 6; Māori self-government movements such as the Kīngitanga in Years 7 to 8; and Waitangi Tribunal processes in Years 9 and 10. Finally, the "do" strand of the curriculum specifies the skills that students should develop at each level, ranging from "I can retell a story from the past" in Years 1 and 2 up to "I can make informed ethical judgment about people's actions in the past" in Years 9 and 10.

The public can give feedback via surveys in nine languages on the Ministry of Education website until May 31.