Last week, Ardern directly criticised Morrison – who was standing right next to her – over his Government's policies in a joint press conference.

Namely, the way Kiwis are treated by the Australian Government as well as Morrison's deportation policy.

She said Australia was well within its rights to deport individuals who break its laws – New Zealand does the same, she pointed out.

"But we have a simple request. Send back Kiwis, genuine Kiwis - do not deport your people and your problems."

She said Australia had deported more than 2000 individuals and among them, there would have been "genuine Kiwis" who do have to learn the consequences of their actions.

But she pointed out that among those 2000 were individuals who were too young to become criminals.

Dutton told Sky News that her comments were "regrettable" but he did not resile from the policy.

"New Zealand obviously is in an electoral cycle at the moment," he told Sky News on Monday. 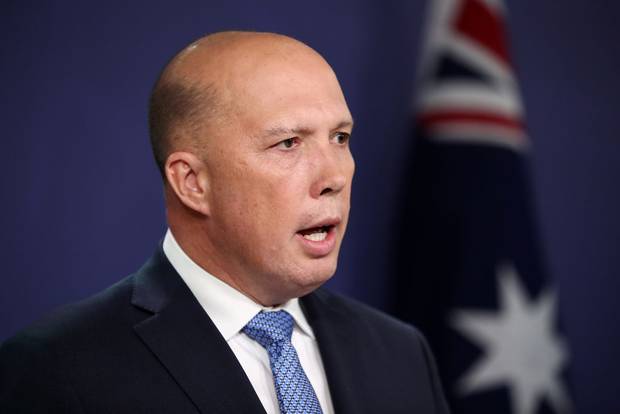 "It is, I think, regrettable that she made the comments but that would have played well domestically for her."

"But I don't have any regrets about the numbers of visas we've cancelled, particularly the people who have committed sexual offences against women and children."

Ardern brought up a woman who at age of one left New Zealand, but was kicked out of Australia regardless as an example of unfair deportation.

But, Dutton said they are not taking a backward step.

"If you're born in Australia and you commit an offence in any part of the world, you can expect to be deported back to Australia, and that's the responsibility of any sovereign nation," he said.

"But for us, we have 99 per cent of people who come here who do the right thing.

"But if you're a non-citizen coming to our country and you're assaulting an Australian, you're breaking in, you're stealing ... then you can expect to have your visa cancelled and be deported."