Qantas will cut about 6000 job as it becomes a "smaller airline" in the short-term to deal with the fallout from the Covid-19 crisis.

The jobs will be cut across Qantas and Jetstar and represent about 20 per cent of the company's workforce as it retires its Jumbo jets early and grounds its Airbus A380s indefinitely.

They will include cabin and ground crew as well as Sydney head office workers.

Qantas made the announcement this morning as it entered a trading halt ahead of a capital raising.

Qantas is increasing domestic capacity to 15 per cent of pre-coronavirus levels following an easing in coronavirus-related social and travel restrictions that had resulted in the airline standing down two-thirds of its 30,000-member workforce in March.

The Qantas moves follow those at Air New Zealand which has already laid of 4000 of its 12,500 staff and more are threatened.

Job losses are across Qantas and Jetstar and include:

• Cabin crew – at least 1050 job losses due to early retirement of its six remaining 747s and less flying activity. A further 6900 cabin crew will be on stand down from July 2020 onwards. 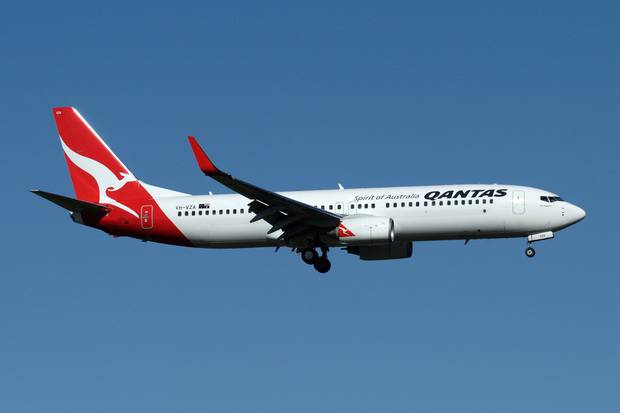 The jobs will be cut across Qantas and Jetstar and represent about 20% of the workforce. Photo / File

• Engineering – at least 630 job losses due to 747 retirement, less flying activity (particularly of the wide-body fleet) and redistribution of work from Jetstar's Newcastle base to make better use of existing maintenance capacity in Melbourne.

Chief executive Alan Joyce will stay on until at least the end of the 2023 financial year and today outlined a three year survival strategy to guide recovery and return to growth in the changed market.

• Costs reduced by $15 billion during three year period of lower activity; $1 billion in ongoing cost savings per annum from the 2023 financial year.

• Around 100 aircraft to be grounded for up to 12 months; some for longer.

• Equity raising of up to $1.9 billion to accelerate recovery and position for new opportunities.

• Approximately $A1.4 billion fully underwritten institutional placement and up to $500 million non-underwritten.

Joyce said his airline entered the Covid crisis in a better position than most airlines and has some of the best prospects for recovery, especially in the domestic market, but it will take years before international flying returns to what it was.

"We have to position ourselves for several years where revenue will be much lower. And that means becoming a smaller airline in the short term,'' he said.

"Most airlines will have to restructure in order to survive, which also means they'll come through this leaner and more competitive. For all these reasons, we have to take action now.''

He said the job losses announced were ''confronting.''

Thousands more staff on stand down will face a long interruption to their airline
careers until this work returns.

"What makes this even harder is that right before this crisis hit, we were actively recruiting pilots, cabin crew and ground staff. We're now facing a sudden reversal of fortune that is no one's fault, but is very hard to accept.''

He said domestic recovery offered the best hope for Qantas.

Almost two-thirds of pre-crisis earnings came from the domestic market, which was likely to recover fastest – particularly as state borders prepare to open.

While most of the group's long-haul aircraft are expected to steadily return to service over time, there was significant uncertainty as to when flying levels will support its 12 Airbus A380s.