The New South Wales treasurer Dominic Perrottet will be the state’s next Premier, with Stuart Ayres set to serve as as his deputy.

Mr Perrottet formally declared his candidacy at a press conference in Sydney on Sunday night, with Rob Stokes also a contender.

The NSW Treasurer earlier said the decision was ultimately a matter for the party room on Tuesday.

“Over the last 48 hours, I’ve had the opportunity to discuss with my wife, Helen, my family and my colleagues, my intention to nominate today as the Liberal leader of the parliamentary party,’’ he said.

“I do so, alongside the Minister for jobs as Stuart Ayres... as my deputy leader. We believe it is a team that will provide stability, unity and experience.”

Mr Perrottet paid tribute to the “tireless dedication of our premier Gladys Berejiklian.”

“There is no doubt that NSW is a much better place today because of the tireless dedication of our premier,” he said.

“During the last 18 months as I, as her deputy and as treasurer worked very closely with her as we navigated through droughts through fires in through this pandemic, and New South Wales and be stronger today because of her tireless, servant leadership to the people of New South Wales.

“The last 18 months have been incredibly tough, but I have no doubt that New South Wales will come through this difficult time, just like we did last year, to not just recover, but to come out the other side, much stronger.

“I know that this is a time of challenge in our state but I have complete hope and optimism that NSW is in a very good place.” Environment Minister Matt Kean, a moderate powerbroker who is doing the numbers to install the right-winger Mr Perrottet as premier, is expected to be appointed Treasurer.

Today’s contest was the first time the Liberals have voted on a new leader in nearly twenty years.

The tradition in recent decades has been to negotiate a bloodless transfer of power and this was the case when former NSW Premier Barry O’Farrell handed over to Mike Baird and in the transfer of power to Gladys Berejiklian nearly five years ago.

His state seat of Penrith is now on a knife edge as a result of a redistribution which puts him at a real risk of losing it at the next election which is not due until 2023.

The factional deal to deliver the leadership to the NSW Treasurer comes amid confirmation that Liberal frontbencher Andrew Constance will resign from NSW parliament by the end of the year to contest the federal seat of Gilmore for the Liberal Party.

His announcement came just two days after NSW Premier Gladys Berejiklian announced she was resigning as a result of a corruption investigation into her conduct in office.

“Like so many of us, I am heartbroken for my long-time friend Gladys Berejiklian,” Mr Constance said on Sunday. 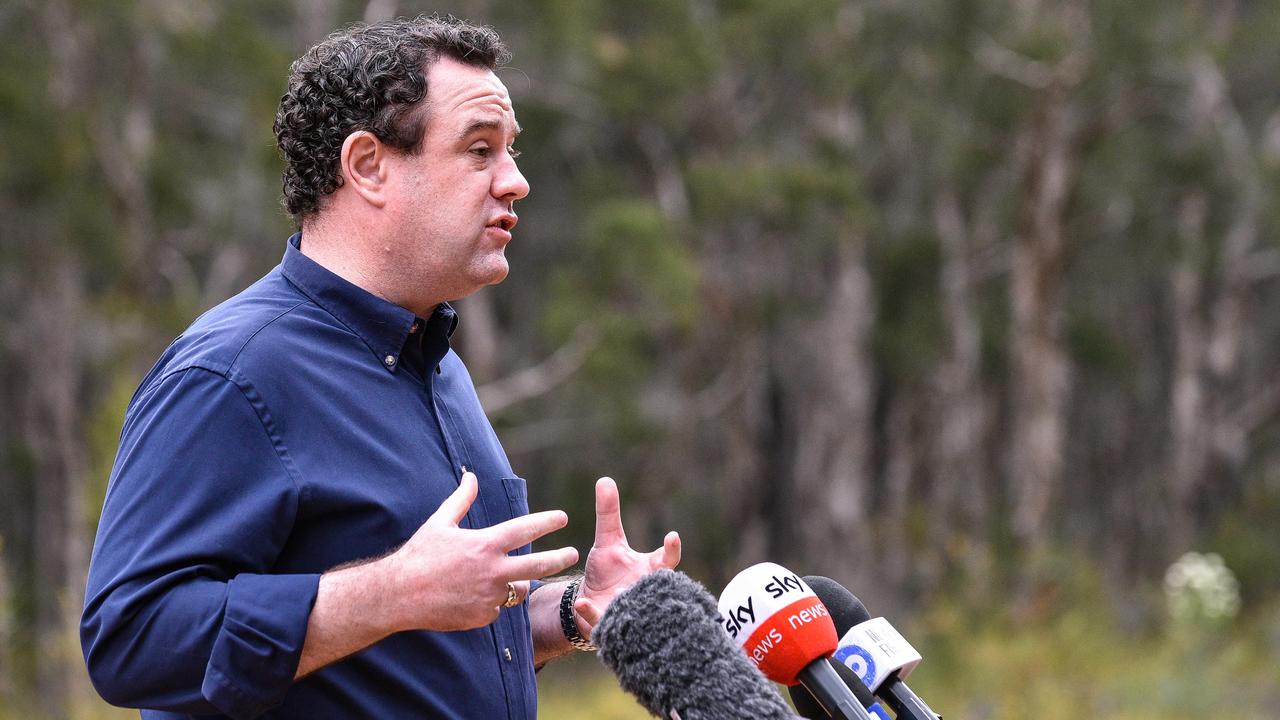 “By retiring from the state cabinet and NSW parliament, I will provide an incoming leader the opportunity to fill this position.”

Mr Constance has previously slammed the Prime Minister for “getting the welcome he deserved” in Cobargo, NSW after he angered locals during the bushfires.

However, he has previously engaged in a short-lived campaign for preselection for the federal seat of Eden-Monaro, in 2020.

Ms Berejiklian said she would leave parliament at the earliest opportunity after anti-corruption watchdog ICAC announced a probe into whether she breached public trust with respect to grants awarded to community organisations while she was in a secret relationship with ex-Wagga Wagga MP Daryl Maguire.

“I state categorically, I have always acted with the highest level of integrity,” she said as she announced her resignation. Mr Perrottet is a father of six. Photo / NCA NewsWire

Ms Berejiklian will be formally replaced as Premier when the Liberal party elects her successor on Tuesday.

The 39-year-old Catholic and father-of-six is the leader of the party’s right faction and the deputy leader of the NSW Liberal Party.

The Epping MP lives in his Sydney’s north-west with his wife Helen and children Charlotte, Amelia, Annabelle, William, Harriet and Beatrice.

Mr Perrottet studied law at Sydney University and worked as a lawyer before he was elected to the NSW Parliament in 2011.

He has previously held the cabinet positions of Finance and Industrial Relations Minister.

Mr Kean, a leader of the party‘s moderate faction, helped broker the deal to install Gladys Berejiklian as Premier in 2017 with Mr Perrottet as her deputy.

The two men have had an understanding since then that Mr Kean would back Mr Perrottet as the party’s next leader.

Meanwhile, Mr Perrottet was overshadowed on Sunday night by a mystery dancing man. The press conference was briefly overshadowed by the energetic dancing of a maskless citizen who appeared above his right shoulder just as he delivered the big news he would run for the top job on live television.

You: wow Dominic Perrottet is nominating for NSW premier

Me: wow that guy in the background sure has some moves pic.twitter.com/DRG7vbDxEL