Signing up to do the Ironman VR1 challenge, Kapiti man Matt Oliver completed the virtual race involving a 5km run, 90km bike and finished with a 21km run over a weekend - in his own neighbourhood.

The challenge was global. More than 11,000 people signed up for the virtual Ironman, and 6609 people completed the mammoth task within the lockdown restrictions of their country - some around their neighbourhood, some on treadmills or exercycles and some around their backyards.

"I signed up out of stupidity really. It was there to be done and I thought 'why not?'," Oliver said. Matt Oliver completing 90km around his neighbourhood on Saturday.

So over the weekend Oliver cycled 25 laps around Realm Drive, Mazengarb Rd and Guildford Drive to complete his 90km ride and ran around the block near his house more than 45 times to complete the half marathon run.

"I chose to go around the block purely because it was there.

"I'm trying to be good by sticking close to home with the current restrictions, but I can't see myself ever wanting to run a half marathon around my local block again.

"I am shattered, but this was about proving anywhere is possible.

"It was so cool to have people from at least 11 houses cheer me on at different times as they noticed me running past time and time again, and getting some big cheers on the last lap.

"It was good for the mental challenge but is not something I would want to do again."

With a feat like this, one would assume Oliver has something big he is training for.

However, when the lockdown came on and paused or cancelled all the events Oliver was planning on entering, he deleted his training schedule.

"I am now only going out for fitness purposes, to keep myself moving and to de-stress from work.

"So not training, but to keep fit and keep my sanity."

However, exercise did not used to be so easy for Oliver, an IT engineer. It was once the thing that mentally stumped him.

In 2002 Oliver weighed 130kg and was well on the track to diabetes. 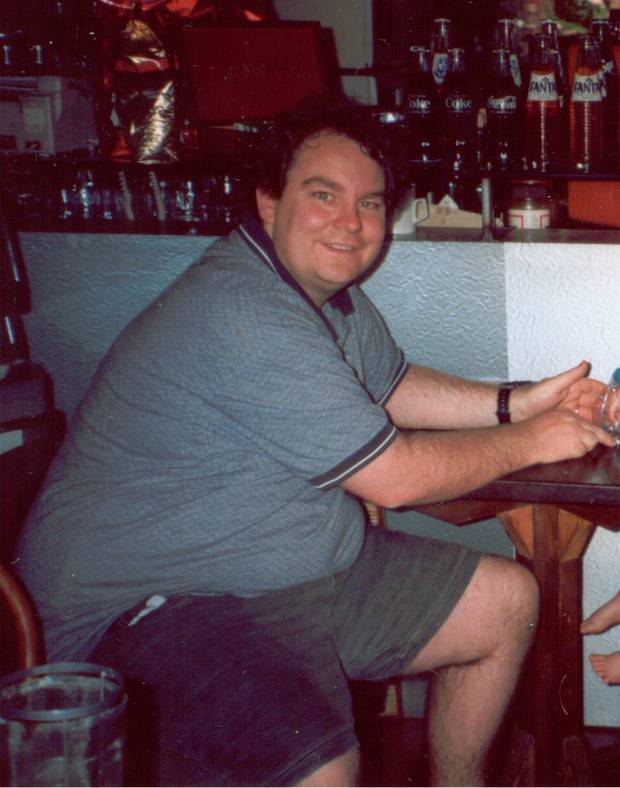 "It was fairly obvious something wasn't right as I couldn't even go up a flight of stairs without puffing, but it wasn't until 2007 that I did something about it."

It took him five years to mentally get his head into gear and decide that something had to change.

The rest is history.

Fifty-three thousand kilometres on his bike later and having dropped 40kg, Oliver has now done the Lake Taupō Cycle Challenge five times, became involved with triathlons, before quickly moving onto Ironmans, the pinnacle of endurance racing.

"I've completed three Ironmans which consist of a 3.8km swim, 180km bike ride and 42.2km marathon all to be completed inside 17 hours.

"It's now driving my life I guess.

"It was a mental journey for five years to even begin to exercise.

"It took me five years before I really realised something was wrong and that I needed to do something about it." The map of Matt Oliver's run around the block.

Walking past a building with a mirrored front, the unbecoming image looking back at him triggered a change in Oliver's life.

"The first thing I did was go back to my doctor who referred me to a dietician who taught me a lot about food, what I was eating, and what I should be eating.

She recommended various exercises to do, so he joined a gym.

"I didn't not enjoy it, but I didn't enjoy it either.

"It was just something that I was going to because it had to be done to change my life."

In May 2008, after reading No Opportunity Wasted by Phil Keoghan, things really began to change.

"He talked about getting back to your childhood and I remembered that I used to love riding my bike as a kid and so I decided to try that for exercise."

The only thing he knew of was the Lake Taupō Cycle Challenge so he set that as a goal.

Motivated by the numbers, Oliver hopes his story and determination to keep exercising in lockdown will inspire others.

"When I started, the Lake Taupō Cycle Challenge seemed like the insurmountable goal. I never thought it would ever lead to Ironman, in fact I was one of many people who had every excuse under the sun for not being able to run.

"This is not about me pushing the boundaries of what is allowed in a lockdown, it's about me showing what is possible to achieve in life.

"I truly believe that with a bit of inspiration, a good dose of motivation, and a lot of perspiration anyone can reach their goals."

The Ironman mantra is "Anything is Possible", and with their new virtual race, they say "Anywhere is Possible" - a fitting conclusion to Oliver's story.

By: Rosalie Willis
Rosalie is a reporter for Kāpiti News