NSW Premier Dominic Perrottet has been served a warning from the Australian Prime Minister, just hours after announcing his state would roll out the welcome mat for international tourists from November 1.

Earlier today, Perrottet made the surprise announcement that NSW would say goodbye to both hotel and home quarantine, advising that the mandatory measure for returning vaccinated travellers

Perrottet announced that returning vaccinated Australians – and even tourists – will be able to fly into the state from overseas on November 1, and providing they have a negative PCR test, enter society freely.

"From November 1, those people returning to Australia … and those who want to come back, who want to visit Australia and come to Sydney, hotel quarantine will be a thing of the past," he explained.

"For double vaccinated people around the world, Sydney, New South Wales is open for business. We want people back. We are leading the nation out of the pandemic.

"Hotel quarantine, home quarantine is a thing of the past. We are opening Sydney and New South Wales to the world."

But Australian Prime Minister Scott Morrison was quick to dampen the new premier's plans, saying tourists would be at the back of the queue.

"We are not opening up to everyone coming back to Australia at the moment," Mr Morrison said on Friday.

"I want to be clear about that. We will take this forward in a staged way as we have done in all these things. It is for the Commonwealth and Federal Government to decide when the border open and shut at an international level and we will do that. We are not rushing into this."

Morrison said the first to be able to return will be Australian residents and their families, followed by skilled migration and international students.

"We will see how that goes … and then we will move onto the challenge of dealing with international visitors to Australia," he said.

"Everything all in good time."

While November 1 was the date both the PM and NSW Premier were working towards to open international borders, the decision to slash even home quarantine from 14 days to zero shocked the Morrison Government.

It was expected that NSW would trial a seven-day home quarantine model to start for international travellers, before shifting towards a shorter time frame over coming weeks. 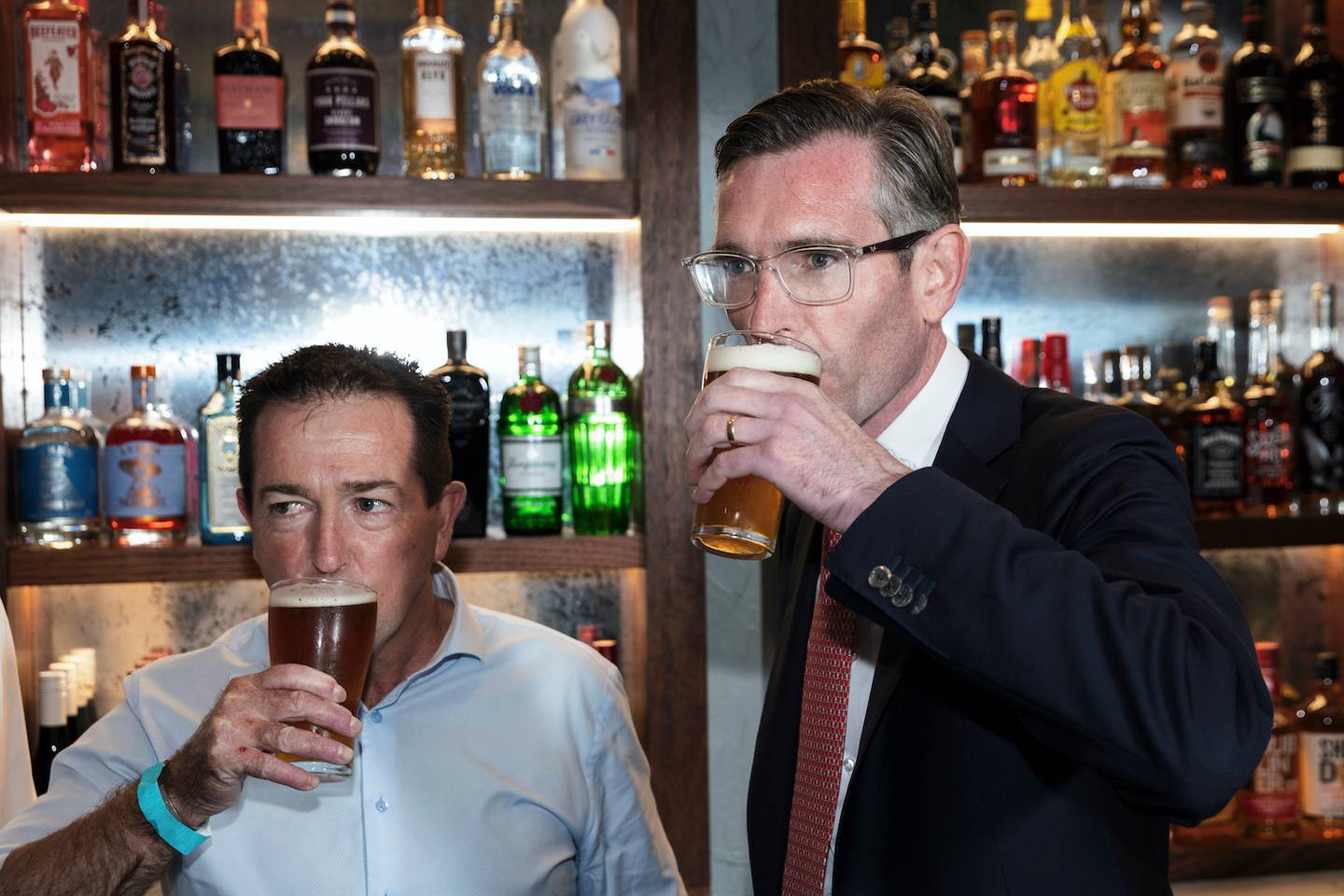 There's also confusion over whether international tourism will be allowed.

The Prime Minister had previously signalled that it was his preference to ensure all Australians who wanted to come home for Christmas could do so before tourism reopened.

Government sources have indicated they were "surprised" by the speed of the bombshell announcement at 10am on Friday.

News.com.au understands the NSW Premier did alert the Morrison government to the looming announcement. However, federal government sources noted NSW "don't choose how we open up the borders and to whom".

It follows earlier reports of 'robust' exchanges between the Prime Minister and the NSW Premier over Covid financial support, where he allegedly referred to Perrottett as "a f***wit".

There are also concerns that the NSW Premier is adopting a "let it rip" approach now that the state is nearly 80 per cent double vaccinated, with the target expected to be met this weekend.

But Perrottet insisted he wanted the world to know the state was "open for business" and the days of living in a "hermit kingdom" were "over".

"From November 1st, those people returning to Australia who want to come back, who want to visit Australia and come to Sydney, hotel quarantine will be a thing of the past," he said.

"People coming into here, you'll need to do a PCR test before you board the flight. You will need to show proof of your double vaccination.

"For double vaccinated people around the world, Sydney, New South Wales is open for business. We want people back. We are leading the nation out of the pandemic. Hotel quarantine, home quarantine is a thing of the past."

Ultimately, the question of re-opening international borders and the granting of tourism visas is a matter for the Morrison Government.

So, while the November 1 re-opening is agreed to during private discussions, the question of international tourism is not resolved.

The question of scrapping home quarantine is ultimately a matter for the NSW Premier. But there's already a huge backlash within the state to the idea of allowing international arrivals head straight to the regions.

In Queensland, chief health officer Jeannette Young was notified via "a very brief text message" of the huge change.

"There has just been an enormous decision this morning that I haven't been able to get my head around so I need to go and work out what that change means," she said.

In Victoria, Health Minister Martin Foley admitted he didn't have a clue that NSW was going to scrap home quarantine for international travellers.

"Everyone needs to take a chill pill,'' he said. "We are not aware of the full details of a media release hot off the printer from the New South Wales government. We will go through that. We wish New South Wales, as we always do, every success, and Victoria will go about its business in the national context, understanding it's the Commonwealth who control international borders, not the states." Asked if Victoria knew the announcement was coming, Foley confirmed that he did not.

"No, I wasn't (aware). There would be no need for me to be so. Each state is responsible for its own circumstances,'' he said.

However, the decision could have big implications for when states, including WA and Queensland, reopen their state borders.

There are concerns at a state and Commonwealth level that the NSW's "open slather" approach could prompt concerns in states that are running behind schedule in vaccinations.

If they believe it's not safe to reopen as international travellers stream into NSW, that means some Australians may not be able to fly home to friends and family interstate over Christmas.

But the decision to completely dump even home quarantine took officials by surprise and bureaucrats in the Morrison Government were scrambling to consider the ramifications on Friday morning.

Asked if it might make some nervous state premiers wet their pants, one government official said it was more likely to make them "s*** the bed".

Under changes in NSW for regional travel from November 1, international arrivals landing in Sydney can also head straight to the regions, including areas with low vaccination rates that are vulnerable to outbreaks.

Influential Sydney radio host Ray Hadley said it was a concern if potentially affected travellers could head straight to regional NSW after getting off the plane.

"I think this is just a step too far,'' 2GB Ray Hadley said.