Christchurch's Muslim community is relieved the man who killed 51 people and injured 40 others in two of the city's mosques has pleaded guilty to all charges today.

The shock guilty pleas were lodged at the High Court at Christchurch this morning, where the imams from the two mosques represented the victims and their families.

Masjid An-Nur Imam Gamal Fouda says the guilty pleas were completely unexpected and a bit of a shock.

"It is a relief for me personally and for many in our communities," he said this afternoon.

"We continue to stand with the families who lost their loved ones and hope today brings them some relief too.

"I am relieved we will not have to endure a long and stressful trial – many of the victims were dreading reliving their trauma by having to re-tell their stories in court and possibly be questioned on them."

"We look to future development and harmony in our community and New Zealand at large," he told the Herald. 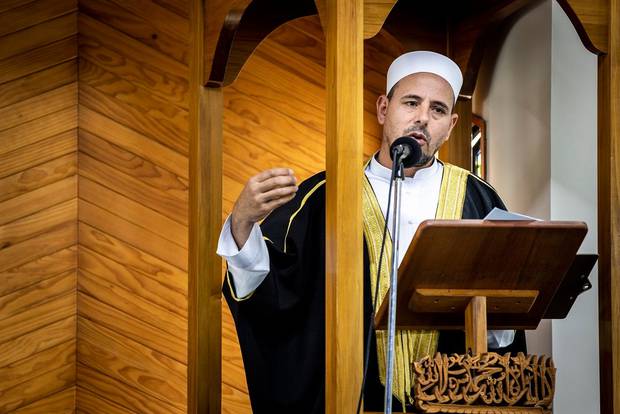 One of the lawyers assisting the families, Aarif Rasheed says they have not been given any indication what sparked the unexpected guilty pleas.

"Any possible explanations are speculative but we do know terrorists are often seeking a sense of self-importance and attention to their cause. The COVID-19 pandemic has removed that."

Rasheed says it's important the victims' pain is not forgotten.

"They are still having to find their own way to recover and survive. The pandemic makes this an even lonelier and even more painful process."

Imam Fouda says there will be huge interest in the sentencing.

"That man has caused immeasurable pain and suffering, not just for Christchurch's Muslim community but for all New Zealanders. Together we've had to deal with the pain of this happening in our country ... it is now up to our justice system to decide his punishment."

Jacinda Ardern said today that it was disappointing for victims that they weren't in court this morning, in the same way the March 15 memorial had been cancelled due to the Covid-19 outbreak.

"Nothing will bring their loved ones back, but this is a small reprieve," she said about the guilty plea.

She said she let out a massive sigh of relief when she heard of the guilty plea.