Pilot John Funnell, who helped with communications as other pilots risked their lives to fly into an active volcano, says they were motivated to bring out anybody who was alive.

The veteran pilot, who has assisted in dozens of search and rescues missions throughout New Zealand during his lengthy career, told Afternoons with Jesse Mulligan he just happened to be flying in the area when Whakaari / White Island erupted just after 2pm yesterday. 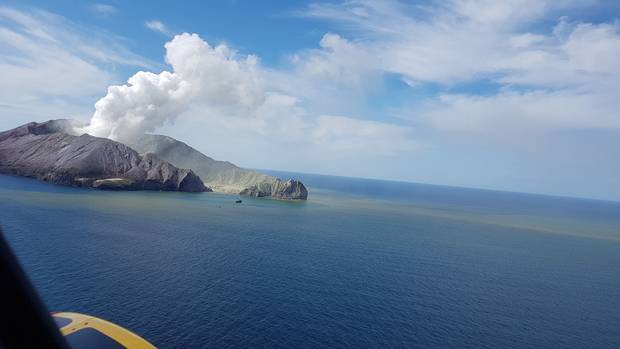 View from the Westpac Rescue Helicopter of the scene at White Island. Photo / Supplied

With no direct communications possible between the island and the mainland, it became clear he could best assist by hovering overhead and relaying messages between the helicopter crews and Air Traffic Control in Tauranga so they could inform medical staff and police waiting in Whakatāne.

He was passing on the time they took off, how many injured people were on board, how serious their injuries were. In the early part of the rescue mission, helicopter crews could not call on any medical assistance for those they had on board.

Mr Funnell said there was a lot of steam, dust and gas in the air, and the pilots decided the way to handle it was to get in and out as quickly as possible to minimise exposure.

"It was a matter of, because of the risk involved, getting them off the island as quick as we can and into a place of safety and of course that meant that those two or three pilots who went in there - into an active volcano - and loaded those people on board and flew them out are the guys that saved the day for the ones that did survive."

He said the pilots were extremely brave and dedicated.

"They were landing right in the crater itself and the two pilots at the real start of it had to get out of their machines and walk around and search for survivors and then load them into their helicopters - some of these people were critically injured.

"In fact, one or two were unconscious and having to be supported but they did what they could with the very limited resources they had." 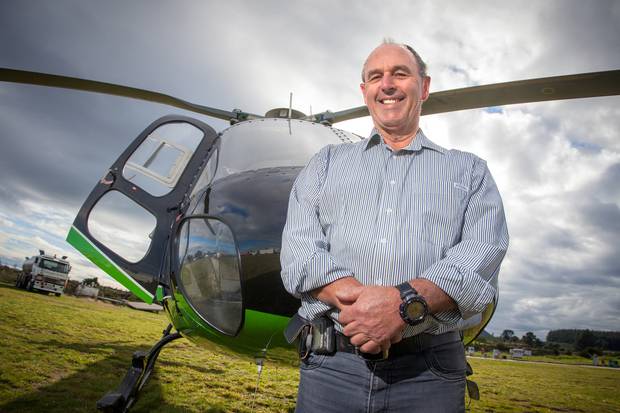 Mr Funnell said he was incredibly impressed with their determination to carry out rescues. The pilots told him later they were breathing hard in the thick ash as they moved around the island.

"They were covered in dust, in mud, when I finished my role and got back to Whakatāne. [On the island] they had a handheld radio and were walking around and reporting to me what they could see through the thick ash and would call in what was in front of us which would allow me to pass that on to the authorities.

"It's always frustrating when you lose people. And the frustration for them was they weren't prepared to leave people that were alive behind, that was a major driver ... and they just hung in there and called in more helicopters and did what they could to get those people back into Whakatāne."

Mr Funnell said it was easy for people to jump in and ask what visitors were doing on an active volcano but it had been operated successfully as a tourism attraction for 30 years and just like the Canterbury and Kaikōura earthquakes, it was very difficult for scientists to predict when an eruption might happen.