The hidden cellar that has been discovered by German police at an ­allotment owned by Madeleine McCann's prime suspect has remained untouched since she disappeared in 2007, locals claimed.

Convicted paedophile Christian Brueckner used the plot in Seelze, Hanover in the year the 3-year-old vanished while her family was on holiday in Praia da Luz, the Sun reports.

A neighbour said the plot had a small shack standing on a concrete base with the hidden cellar underneath.

The structure was mysteriously demolished shortly after he left the site in 2007 or 2008, with no visible sign of the cellar left, however it was finally uncovered yesterday by police who lifted off a cement block covering the basement.

A forensic team were seen removing two skips full of concrete blocks and a child's bucket as they continued searching the ­foundations of a shack he rented on the allotment.

Locals claimed to the Sun there had been no new tenants since Brueckner disappeared, with one claiming the plot had "been untouched since 2007".

One of the nearby neighbours, Wolfgang Kossack, told the Mirror how Brueckner had planned to ­insulate the cellar.

"Given all I know now, it was possible he was trying to cut himself off and hide from society," Kossack told the publisher.

"He was living there. The allotment plot with the cellar beneath it was something he wanted to insulate. 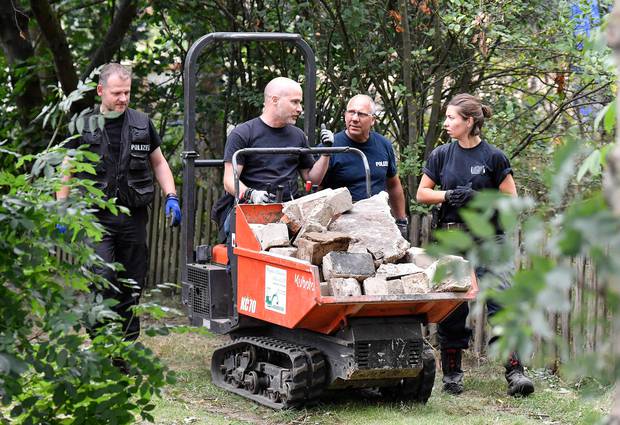 "It was a sort of cellar. It was two square metres wide and ­one and a half deep. Nobody else had one, he inherited it from a previous resident who used to plant vegetables there straight after the war."

He claimed that Brueckner used to hoard polystyrene foam boards in the 15 square-metre hut.

Meanwhile, Kossack told the Sun: "He never did any gardening or tried to grow anything. He just sat around drinking beer."

Cops were tipped off about his use of the Hanover allotment by another tenant who saw a German crime show last month featuring Madeleine's 2007 disappearance.

Prosecutors confirmed the search was in connection to Madeleine's disappearance. Christian Brueckner has been named as the main suspect in the youngster's disappearance. (Photo / File)

The development comes a month after the owner of an allotment Brueckner rented 45 miles away in Braunschweig claimed he wanted to build a "Fritzl cell" under her land.

Friends close to the suspect have previously would joke about him emerging as a suspect, saying: "Maddie's downstairs in the cellar. Come on Christian, get Maddie out of the cellar."

Police also visited a nearby garage workshop complex amid fears the rapist modified his camper van to make it "big enough to hide a child", the Mirror reports

Speaking to the publisher Dein Ghafoury, who owned a garage complex in the Linden district of Hanover, said he was today visited by police ­investigating the disappearance of ­Madeleine. 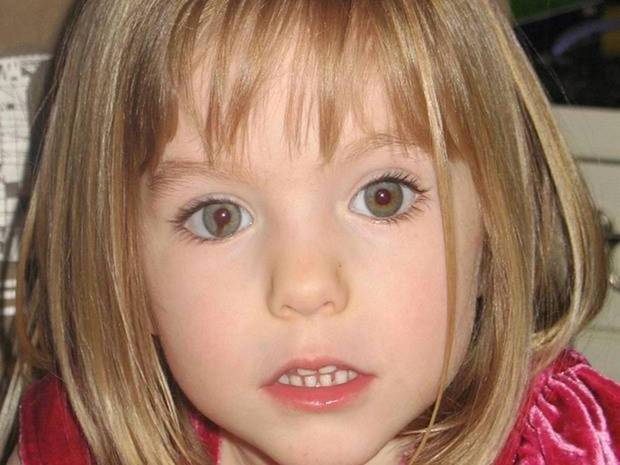 The hidden cellar that has been discovered by German police at an ­allotment owned by Madeleine McCann's prime suspect thas remained untouched since she disappeared in 2007. (Photo / File)

He said the suspect rented out a unit at his garage and would spend hours working on his old white VW panel van at the garage for "months and months" until 2012.

Dein said: "Two police officers came to speak to me today and asked the same questions you are. I told them he had been working on a ­Volkswagen Camper here and he would lift the roof up and then make it smaller again.

"He was always cutting the roof, raising it and then lowering it. He came and went here."

Brueckner had once allegedly told an ambulance driver his motor home, an Allegro Bay which he'd bought in Germany in 2010, was "big enough to hide a child". 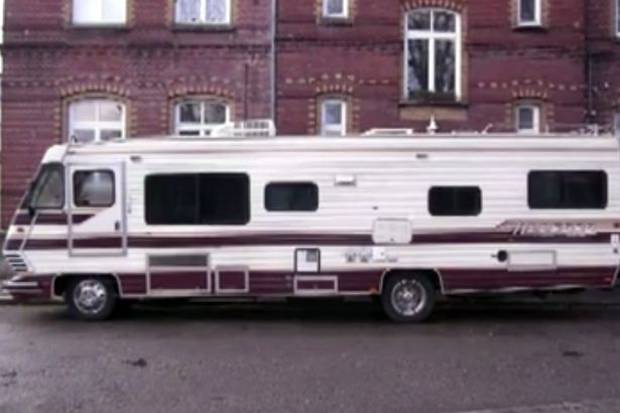 He regularly travelled between Portugal and Germany in his campervan, which could have easily been used to transport children without attracting attention.

Brueckner was found guilty of two crimes during his time in Hannover. In 2010 he was charged with falsifying documents and ordered to pay a fine. Three years later, he was convicted of theft. He did not serve a prison sentence.

He is currently in jail for drug offences dating back to 2011. He's also received a seven-year sentence for the rape of an elderly woman.

Brueckner has dropped his bid for an early release from prison for drug offences. But he is appealing against the rape conviction.