This would be the first time in New Zealand's history the Government would have regular access to space-based surveillance technology.

Defence Minister Ron Mark this morning unveiled the Government's Defence Capability Plan 2019 – a detailed look at how the Defence Force plans to spend its $20 billion defence budget over the next 11 years.

Big ticket items include more than $3.5b for new and replacement naval vessels and maritime helicopters, and up to $2.5b for upgrades to New Zealand's Air Force.

The Government also plans to bolster New Zealand's army personnel to 6000 by 2035 – up from the current number of 4700 troops.

As well as the traditional land, sea and air funding, the plan includes money for "space-based systems" as well.

The Government plans to launch satellite surveillance systems, which would be able to detect risks in the Pacific region in a way that cannot be done at the moment.

"Space is of high and growing strategic importance globally, with space-based systems becoming increasingly relied on for communication, commerce, navigation and transport, the management of infrastructure, and the observation of weather movements and human activity," according to the Capability Plan report.

It said space-based systems are essential for communications, information exchange and navigation and "are a prerequisite to maintaining a professional, combat capable and flexible force". 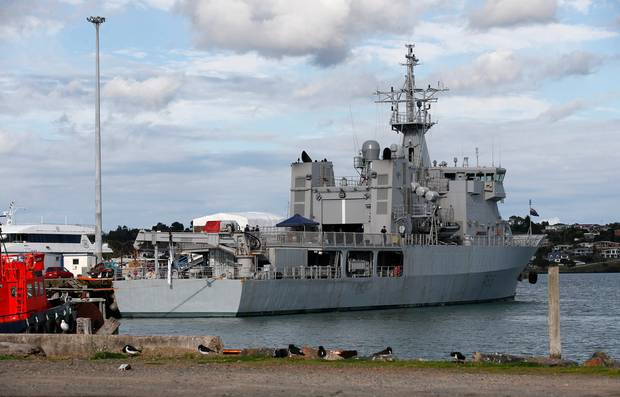 The final budget for the new satellite surveillance system is not in the capability plan report, but the system is planned to be launched in 2025.

There are a range of different ways the Government could deliver on its plan for the surveillance satellites, including renting them or outright purchasing its own satellites.

"Re-examining the Defence procurement programme was a key plank in the Coalition Agreement, and today we have fulfilled that commitment," Mark said.

So far, almost $6b of the $20b has already been allocated.

The plan also includes a more than $1b spend on replacing the current fleet of eight Seasprite maritime helicopters which will reach the end of their service lives late next year.

Another $1b will need to be spent on tactical air mobility to replace the five existing Hercules aircraft with more modern planes.

The previous Government outlined its Defence plans in 2016.

He said it prioritises new investments to better address New Zealand's strategic environment and highlighting investments which will be required in the longer term.

The plan would be delivered in a "fiscally responsible" way, Mark said.

"The Defence Capability Plan 2019 comes at a critical point in time, with anticipated decisions likely to shape the Defence Force for the next 30 years or more," he said.

All the planned investment laid out in the report are subject to Cabinet consideration – meaning ministers would need to give their seal of approval before and spending is actually done.

Where the Defence Force wants the money to go: