Why have we been hearing more about masks to combat Covid-19 when we're still at level 1? Science reporter Jamie Morton explains below.

The Government is suddenly advocating wearing masks in the event of heightened risk of Covid-19. Why now?

Health Minister Chris Hipkins today announced Kiwis would be encouraged to wear masks in public places if New Zealand moved back to level 2, and encouraged them to prepare some in the meantime.

That marks a notable change from the Government's stance only three months ago, when director general of health Dr Ashley Bloomfield repeatedly said there wasn't enough evidence to either support or discourage mask use.

Hipkins said the evidence had changed, and that "we are now in a different situation to where we were previously".

Rewind to May, when the Ministry of Health commissioned a review of the available evidence at the time, led by its respected chief science advisor Dr Ian Town.

After combing through numerous studies, the review found there was evidence of potential benefits - but also potential harm – and that the science wasn't conclusive.

The review noted that there weren't yet any clinical trials on the efficacy of public face coverings to protect against Covid-19, so information had to be pulled from other research - most of it around influenza or wearing masks in clinical settings. 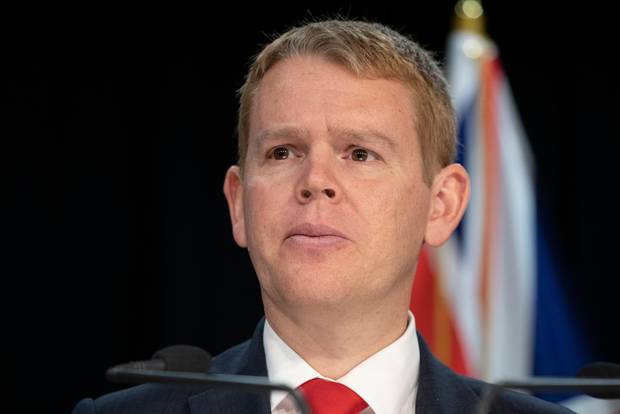 At that point, the World Health Organisation (WHO) had also concluded there wasn't enough information to make a recommendation.

But a non-systematic review carried out by the UK Royal Society's Delve Initiative along with the US Centres for Disease Control and Prevention (CDC) backed their use.

Town's review cited one Chinese study which reviewed three types of masks – N95 respirator masks, medical masks and home-made ones – and found that wearing one, along with instant hand wiping, could help slow the exponential spread of the virus.

But other research had suggested that the physical properties of cloth masks – and notably the effectiveness of cleaning them, and the potential for them to retain moisture – could even increase the risk of infection.

Ultimately, however, the WHO came down on the side of backing masks.

Their effectiveness has been further validated with a new analysis of masks in nearly 200 countries.

That found nations which didn't recommend their use saw a 55 per cent weekly rise in deaths per capita after reporting their first case, versus a 7 per cent rise in countries where mask-wearing was encouraged or already a norm.

The wearing of masks outdoors has also been made mandatory for people in the newly locked-down Australian state of Victoria.

All along, a group of Otago University public health experts – namely epidemiologist Professor Michael Baker – have been championing the concept the "mass masking".

Baker has already explained the main way the Sars-CoV-2 virus spread was likely through small droplets – often just via talking – and these could sometimes travel much further than the 2m used in distancing guidelines.

He and colleagues have pointed to Chinese research that's suggested a non-fitted surgical mask could block up to 100 per cent of droplets containing coronavirus, while cotton masks worn by infected patients could slash the viral spread from a cough by 96 per cent.

What does this mean for Kiwis?

None of us need to wear masks at level 1.

But the Ministry of Health is now formally recommending that, as part of our collective preparations for future outbreaks, households have masks available for every member in their emergency kits.

"Just as we are prepared by having food and water set aside in the event of a natural disaster, we are encouraging New Zealanders to have a supply of masks set aside," Hipkins said.

"These do not need to be medical grade masks – they could be re-useable or single use masks that people see online, or in shops."

While Hipkins said people would be encouraged to wear them at level 2, he made no suggestion today that they'd become mandatory measures at level 3, as Bloomfield indicated earlier this week.

"If we move to alert level 2, the public will be encouraged to wear masks in situations where physical distancing is not possible, such as on public transport or in shops."

Asked why they'd be needed at that level – at which any community cases had been contained within homes – Hipkins said they'd merely provide "an extra line of defence".

"As we've said all along, this is all about doing what we need to do, to ensure we are being as cautious as possible to avoid community transmission."

"It's a challenge to shift New Zealand to a society that has masking as an option that can be rolled out quickly."

But he was pleased to see the Government now adopting an approach he and fellow experts had been pushing since the pandemic began.

"The weight of evidence has been compelling for a considerable period, so it's good we are going to have this option promoted in New Zealand."

Will there be enough masks?

Hipkins understood there were around 12 million masks in retail stock at the moment.

A scan of retail sites by the Herald today showed an ample amount for sale, with packs of around 50 selling at between $30 and $50.

TradeMe's acting head of trust and safety, Logan Mudge, said demand appeared to be nowhere near what it was at the beginning of New Zealand's Covid-19 crisis.

In July, the number of face masks listed on site was down 66 per cent when compared to May - and about 71 per cent since the start of this month.

"Demand for face masks, however, saw an increase this week with 20,000 searches for face masks in the last seven days, up 69 per cent on the week prior," he said.

"This is a far cry from earlier in the year when face masks were the most searched for item on Trade Me and in the first week of April we saw 252,000 hits for 'face mask'."

The website had tried to combat profiteering by introducing a natural disaster and civil emergency policy, ensuring items were accessible and reasonably priced.

The Ministry of Health also had a large stockpile of masks available for the health system, with national stores and DHB reserves holding 50 million masks, and another 90 million on order as at June.

Auckland company Lanaco has also just opened a new production line that can pump out one million N95-rated masks per month from local materials right now, eliminating its previous need to lean on a Chinese partner.

Bloomfield said the Government had been working to ensure enough medical grade masks would be available "right across the health sector", and it had also improved its distribution system.

While those medical-grade masks were recommended for people at higher risk of Covid-19 in the event of an outbreak, home-made fabric masks still sufficed for use in public.

"For frontline medical workers, it can be a matter of life or death – but the whole philosophy of mass masking is different, as it's more about reducing the risk of transmission, and source control," Baker said.

"They're there to stop you putting out particles, rather than protecting you for 100 per cent of the time."