Schools will lose the power to set their own zoning schemes under a new system which will replace the 30-year-old self-governing regime.

Education Minister Chris Hipkins has announced that a new "Education Service Agency" will take over school zoning in each region, and will take the lead role in planning new and improved school buildings.

Independent panels overseen by a "Chief Referee" will also be appointed to hear complaints against schools.

As expected, the Government has backed off proposals by a taskforce led by former principal Bali Haque which would have transferred "all the legal responsibilities and liabilities currently held by school boards of trustees" to about 20 regional "hubs".

But the reforms still represent the biggest changes in the way schools are run since the system of self-governing school boards, known as "Tomorrow's Schools", was created in 1989.

Most of the changes will be phased in gradually over the next few years.

The most important change is the decision to draw up school zones on a regional basis in an attempt to achieve more equal outcomes for all students and to stop schools "creaming off" the best students to compete against one another.

Hipkins said the current system allowed schools to "manipulate the zone based on areas they may wish to take students from; for example, including high socio-economic neighbourhoods while excluding closer, yet more disadvantaged, neighbourhoods". 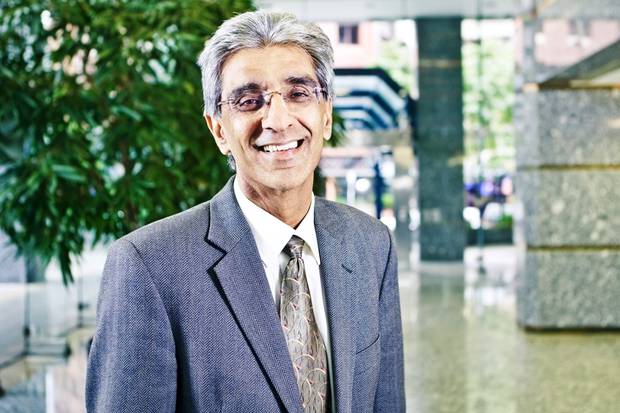 Bali Haque led the taskforce after heading Tamatea High School in Napier, Pakuranga College and Rosehill College in Auckland and being deputy head of the NZ Qualifications Authority. Photo / File

"In light of these issues, the Government proposes the ESA [Education Service Agency] would assume, at a regional level, responsibility for developing a new enrolment scheme, or modifying an existing scheme, and consulting with relevant stakeholders," he said.

"Being undertaken at a regional level will mean the best interests of learners/ākonga, their whānau, and the regional schooling network is taken into account."

He told a press conference at the Beehive that the new system would mean that some parents would not get their first choice when it came to their children's schools because local children would be given priority.

"This is a contentious area - people very quite exercised when they can't send their child to a school that's their first choice," he said.

"It's making sure we are getting the right kind of balance so kids can attend a school that is close to them. Schools shouldn't be using that as a competitive tool."

The new agency will have "a strong local presence" but will be "part of a redesigned Ministry of Education, which will provide central expertise and services, including new curriculum and leadership services".

It will take a stronger role in planning school buildings in line with the new regional zoning plans, but a policy document released with Hipkins's announcement indicates that the Government will move cautiously.

"As part of the ministry redesign, the Secretary of Education will provide advice on the feasibility and cost of taking on more property related responsibilities from boards over the next five to 10 years, while ensuring schools and communities continue to have significant input into the design of their physical spaces," it says.

"This will include, for example, the ministry offering centrally managed capital works, procurement services, planned and preventative maintenance and reactive maintenance services."

Hipkins said some schools thrived on managing their property portfolios and they would continue to be able to do that, while others could delegate those tasks to the agency.

The document says "complaints and disputes resolution panels" will be set up to hear complaints against schools on a no-fee basis.

"Panels will only be able to consider 'serious disputes', which would be defined in primary legislation as disputes relating to stand-downs, suspensions, exclusions and expulsions, learning support, racism and discrimination, physical and emotional safety, physical restraint, enrolment and attendance, and the rights to education," the document says.

"To get the right balance of community representation, knowledge and skills, panels will be made up of local community members and members from a central pool of experts. This will also ensure a consistent and systemic view is taken to the resolution of complaints across the country.

"The panels will be overseen by a Chief Referee appointed by the Minister of Education. The Chief Referee will be responsible for administration of panels and operational matters, including appointing members to the central pool of experts and to individual local panels."

School boards will be required to follow a code of conduct and mandatory training of board members will be considered.

A new "Leadership Centre" will be created within the Teaching Council to provide advice and support for principals, and regional "leadership advisers" will be appointed within the Education Support Agency. 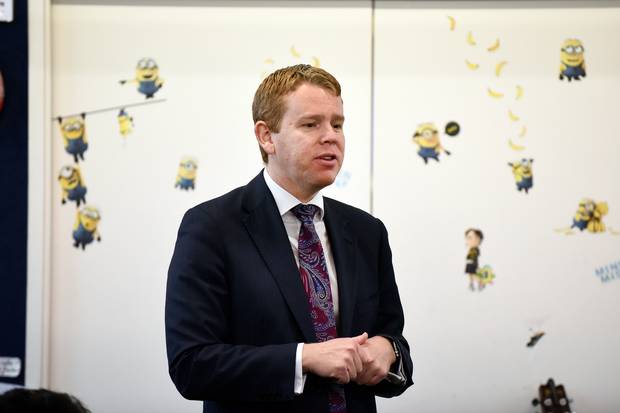 The Education Review Office and NZ Qualifications Authority, which Haque's taskforce said should be disbanded, will be retained.

The new agency, complaints panels and leadership advisers will clearly cost more than the current system but no costings are provided.

"The Government will need to consider funding implications over the next three to four Budgets."

National Party education spokeswoman Nikki Kaye said parents "will have real concerns about the changes proposed around school enrolment zoning which will have a significant impact upon parental choice".

"We were very concerned that the hub proposal would have marginalised parental involvement in our education system," she said.

"Unfortunately some of the changes proposed by the taskforce including school zoning and school property management will marginalise parents and school boards and further reduce parental choice in education."

Hipkins said there would be legislative changes to improve outcomes for Māori, but the proposal to have mana whenua on every board had been shelved.

"Better engagement isn't necessarily going to follow from one person on a board. I'm not ruling out making further change there, but as a short-term solution, I didn't think that was going to hit the mark," he said.

"Just putting someone in place there isn't necessarily going to get the type of shift and thinking from boards that we're aiming for."

He hoped the changes would have enough enduring political support that fundamentals of the new model would be kept, though he conceded that 100 per cent consensus was not possible and future government may tinker at the margins.

The taskforce had identified the strengths and weaknesses of the system, but Hipkins said the Government had disagreed with the solutions - including the hubs - and asked for more consultation.

He said it was a "matter of opinion" to say the Government had watered down the original proposals, but some of the initial ideas were too radical - such as abolishing intermediate schools - and lacked a compelling case that it would improve student achievement.