The lawyers who were acting for the Christchurch mosque gunman say they are "not disappointed" at being sacked ahead of next month's sentencing.

He had entered guilty pleas to all 51 murder charges at a hastily-arranged High Court hearing in Christchurch on March 26 - the first day of the nationwide Covid-19 alert level 4 lockdown.

Along with the murders, the gunman has been convicted on all charges, including 40 counts of attempted murder relating to the two attacks at Masjid Al Noor and Linwood Islamic Centre on March 15 last year - and pleaded guilty to one charge of engaging in a terrorist act laid under the Terrorism Suppression Act 2002. 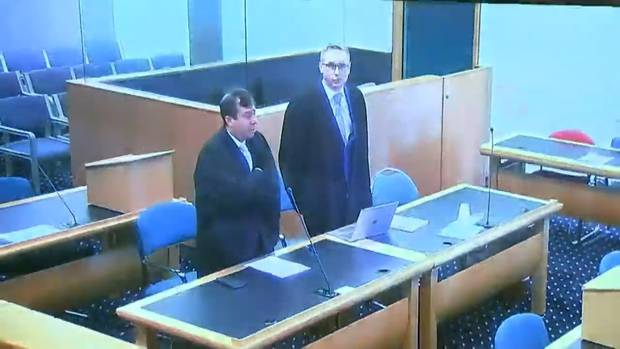 His sentencing has been delayed by the global coronavirus pandemic, but last week it was confirmed that it would begin on August 24 in the city his terror attack took place – and the hearing could last three or more days.

Massey University Law Professor Chris Gallavin told Heather Du Plessis-Allan says the fear is he might try to have his day in court.

Gallavin says that won't be allowed.

"I think all of our hearts and stomachs dropped collectively when we heard he'd sacked his lawyers.

"He's looking at a life imprisonment without parole."

Tarrant's former lawyers say there was no ill-feeling which prompted their dumping.

"We are not disappointed by Mr Tarrant's decision," Jonathan Hudson told the Herald after this morning's hearing.

"There has been no conflict or relationship breakdown."

Hudson added that Tarrant has the right to represent himself in court proceedings "and has chosen to do so".

This morning, at the High Court in Christchurch in front of some shooting survivors, family liaison representatives, and senior detectives, the sentencing date was formally confirmed.

And his defence team, Auckland-based lawyers Shane Tait and Jonathan Hudson who have appeared for Tarrant since his second court appearance on April 5 last year, applied for permission to withdraw as the gunman's counsel.

They said they had received instructions from Tarrant to withdraw as his lawyers because he wishes to exercise his right to represent himself at sentencing.

At a pre-trial callover this morning, Justice Cameron Mander checked with Tarrant – who appeared in court from custody via audio visual link – that he wanted to now represent himself.

After the judge was satisfied that Tarrant understood his rights to have legal representation - and that he wished to waive those rights – Justice Mander approved the move.

The judge said it would not affect the sentencing of the gunman, which will proceed on August 24.

However, given that the mosque shooter now wants to represent himself, Justice Mander said he would appoint a new lawyer in the role of standby counsel.