New Zealanders have been given a first glimpse at what they'll be voting for in next year's cannabis referendum.

The Government today announced the draft Cannabis Legalisation and Control Bill, designed to govern the recreational cannabis market should it come into effect.

The legislation specifies a minimum age of 20 to use or purchase a recreational cannabis product.

The draft legislation goes on to prohibit the consumption of cannabis in public spaces, limiting use to private homes and licensed premises.

Individuals will be allowed to carry only 14 grams of dried cannabis in a public space. Breaking this rule could lead to an infringement fee of $200 or a court-imposed fine of up to $500.

The 14 gram rule allows applies to the amount of cannabis an individual is allowed to purchase in a day.

There is a complete ban on marketing and advertising of cannabis products, and only specifically licenced stores will be allowed to sell any products. The draft legislation provides that alcohol and tobacco cannot be sold on premises where cannabis is sold or consumed.

Sales will be strictly limited to physical stores, meaning that online sales will not be permitted.

Any cannabis products sold will also be required to carry messages warning of the harm likely to be caused through the use of the product.

There will also be limitations on the potency of cannabis, with the draft legislation specifying the regulator will put limitations of level of THC the products can carry.

The legislation does allow for home growing of cannabis for personal use, but provides a strict limit of two plants on a property per person over 20. If there are two or more people living on the same property aged older than 20, then the limit is a total four plants.

It's important to note that these are not the final rules, but rather the first draft to be put for forward for submissions from the public and interested parties.

Given the divisiveness of the issue, today's announcement will likely spark debate about the impact the rules are likely to have.

"It's important that voters go into the 2020 General Election informed about the referendums. The Government is committed to a well-informed, impartial referendum process," said Justice Minister Andrew Little.

"My aim is to have the final draft Bill available by early next year, so there is time to argue for change."

Further to its objective of informing the public, the Government has released information on the www.referendum.govt.nz website relevant to both the personal use cannabis and end of life choice referendums. 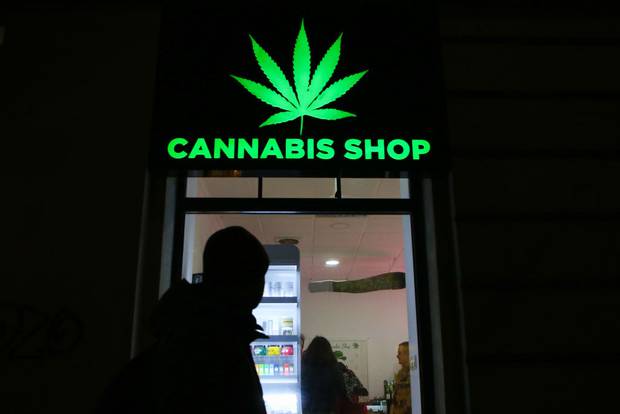 Only specially licensed stores will be able to sell cannabis. Photo / Getty Images

The Government has also for the first time revealed the wording set to feature in the referendum.

Voters will be asked: "Do you support the proposed Cannabis Legislation and Control Bill?"

"By making the referendum questions and the initial draft Cannabis Legalisation and Control Bill available early the intention is to encourage public awareness and discussion," said Little.

"It is important that the public feel they can meaningfully participate in the referendum process."

Early polling on the cannabis referendum has suggested a tight race.

A recent Horizon poll showed that around 48 per cent of Kiwis surveyed would vote yes for legalisation, as opposed to the 39 per cent sitting in the no camp.

Figures in the rolling poll, commissioned by local cannabis firm Helius Therapeutics, have fluctuated significantly over the last 12 months.