People who were injured during the mosque attacks or lost a loved one have given moving statements today about the impact the shootings have had on them and their families.

Ata Taj Mohammad Kamran has about 1000 bits of shrapnel throughout his body that will be a constant reminder of the day he was shot at Al Noor mosque.

He lost his best friend in the attack. He can't sleep properly, he gets angry easily and doesn't got outside often because he's too scared.

Kamran was shot four times in the leg as he tried to flee the mosque and carries a lot of guilt around fleeing and not being able to help more people. 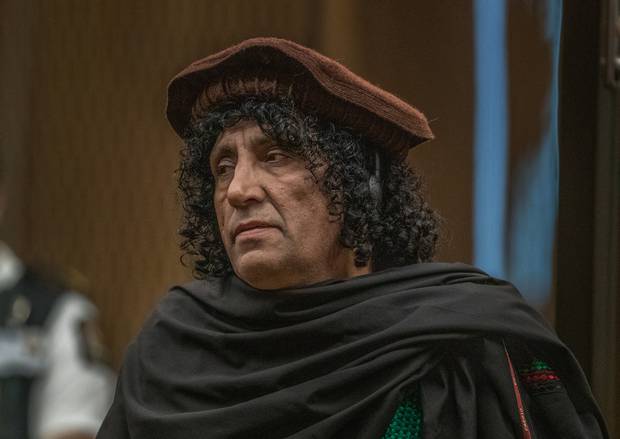 Taj Mohammad Kamran describes how difficult his life has become since the shooting. Photo / Pool

Kamran moved to New Zealand in 2007 as a refugee from Afghanistan after his house was bombed and most of his family killed.

"My mother and I survived… my father died a short time after the bombing," he told the court during this morning's sentence.

"New Zealand was a safe place for me."

He survived the 2011 quake but lost his house and had to live in his car for several months.

But his friendship with fellow Afghani refugee Matiullah Safi helped him.

"We met each Friday… he, that day, became a martyr.

"At the time of the shooting Matiullah was shot there in front of me. I was listening to the Imam when the shooting started.

"When I saw Matiullah get shot I went to the main door… There was too much shooting everywhere… I had to jump over old people."

Kamran was shot four times and his leg was not working properly as he tried to flee.

"There was too much blood from my leg, I was very scared," he said.

He had a lot of guilt around fleeing the mosque and not being able to help more people.

Kamran said he is "too scared" to attend the mosque most of the time.

"It is too hard for me… because of my best friend being shot dead there in front of me," he said.

"I miss my best friend, he was like a brother to me. We knew each other for 13 years… We met here in New Zealand… we did a lot of things together.

"He was more to me than my best friend - he was better than having my own brother.

"I am crying all the time for him… I went to his burial and I cried, it was very difficult for me to see him buried."

Kamran was still in a lot of pain but doctors could do no more to help him.

"I use a walking stick…. I have about 1000 bits of shrapnel throughout my body that will always be there," he explained.

"When I do go to the mosque it soon becomes too difficult for me because of the terrible memories of that day.

He has battled with ACC for help, his diabetes had worsened and he was medicated and attending counselling.

"It has significantly reduced my quality of life, I can't do as much now," he said. Khaled Alnobani was a regular at the mosque and was in the main prayer room in the front few rows on the day of the attack.

"I saw people I know being shot, I tried to help people but I had to run," said the 36-year-old who came to New Zealand from Jordan.

"I felt very bad when I was outside and I could hear the shooting still going inside the mosque.

"I had a sore back afterwards from trying to lift people to help them."

Alnobani said he had not been able to return to fulltime work as he was "struggling with everyday life".

"My behaviour has changed because I lost some of my friends and sometimes I feel I am going to be hurt," he said.

"What happened was so unexpected and I still feel shocked by what I saw.

"Every time anyone talks to me about the shooting I become upset and angry. I find myself unable to control or contain my feelings.

"Today I still feel all those feelings if I think about everything that happened."

Alnobani said he was "always sad".

"So I am depressed, I am frustrated that someone has taken away my happiness," he said.

"I am frustrated that I have lost my friends."

He finished his victim impact statement by turning to Tarrant, speaking his last line in English.

"My heard is broken, but I am not broken," he said.

"We have become more untied – and thank you for that." 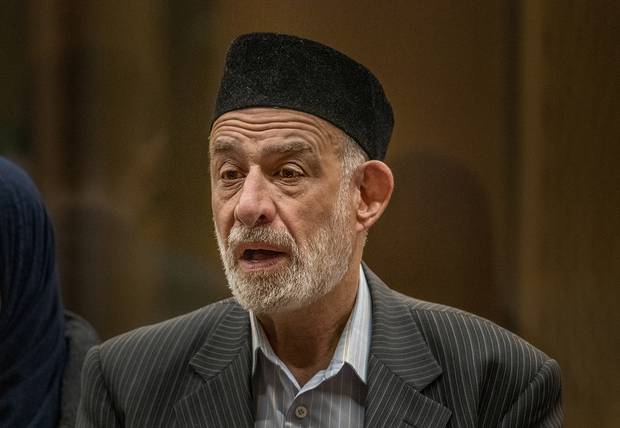 He spoke about the day of the attack, recalling a conversation with his son in the morning.

"I greeted my beloved son and wished him well," he said.

He told his son to come to the mosque early so they could swap cars.

"The day started beautifully," he said.

"I could not comprehend that a massacre was taking place… I have full memories after I had fallen to the ground, bleeding profusely… I was shot with two bullets.

"I was in severe pain… I was in a state of deep worry about my beloved son, praying to Allah that Ata was delayed in coming to the mosque."

Alayan cried as he spoke.

"The shooting went as if forever…. I kept praying to Allah 'kill him'," he said of the gunman.

"For three days we did not have any news of Ata, then the devastating news came – Ata was gone."

Alayan thanked the hospital staff for their professional and compassionate service.

He was discharged from hospital in a wheelchair just in time to bury his son.

He was also able attend the memorial and Friday prayer a week after the massacre.

He said arriving at the park and seeing all the people was "like attending Mecca".

The heartache he suffered over the loss of his son and brothers and sisters was "severe".

His son was "one of a kind" and burying him alongside the other victims was unfathomable.

"No words can describe what my heart experienced at that time… and still experiences," he said.

"Since March 25 and until now my heart is yearning for restoration of justice."

He called for New Zealand to reinstate the death penalty.

"Justice should be balanced… I fear for the safety of all New Zealanders if the punishment for the brutal crime is not balanced," he said.

"Terror has no religion."

Maysoon Salama said her life had changed "dramatically" since the massacre which was "constantly" in her mind.

"My son was taken from us viciously and cruelly… my family and I have been very devastated by the inhumane murder of my precious son,' she said.

"I find it difficult to sleep, and I wake up with a tight heart and tears… the unbelievable tragedy starts racing in my mind.

"I constantly try to imagine how my believed Ata felt… how he faced the shooter… what was in his mind when he realized he was departing this life.

"How is life going to be without him?"

Salama said she relived the tragedy "over and over".

"My heart rips, millions of times… it is like losing a big part of me forever.

"Every time I look in the eyes of his daughter you left fatherless at the age of two, his widow. My heart splits."

She said her son was a Futsal champion and a member of national teams.

He was also successful in his chosen field of IT.

"You took away not only the most amazing son but the best husband, father…. And a pious Muslim," his mother said.

She then quoted the Koran in his honour.

"I can't forgive you, you gave yourself to take the souls of 51 innocent people…. You orphaned children," she said.

"You terrorised the whole of New Zealand… I don't think the world will forgive you.

"May you get the severest punishment for your evil act in this life – and in the hereafter.

"You transgressed and you thought you could break us, but you failed miserably – we became more determined to hold tight to Islam."

"Ata is gone but never forgotten – he will always be the light of our lives."