Princes William and Harry reunited in London overnight for the statue unveiling of their mother, Princess Diana, on what would have been her 60th birthday.

The brothers put their tension aside as they were all smiles for the service at Kensington Palace, pulling off a green cloth to show the statue of the late Princess with her arms around two children, a boy and a girl, with a third child also in the background.

But excitement quickly turned to confusion as fans were curious as to who the children were in the statue, with some questioning why William and Harry weren't depicted instead.

So who are the children in the Princess Diana statue?

They aren't named, but were included to represent Diana's renowned ability to connect with people, particularly youth, as well as to signify her various charity endeavours with children-focused organisations.

Kensington Palace said the children represent the "universality and generational impact" of her work.

The statement added that Diana "gained confidence in her role as an ambassador for humanitarian causes" and that the statue "aims to convey her character and compassion".

Beneath the commissioned piece, which the brothers had been working on since 2017, a plaque reads: "These are the units to measure the worth of this woman as a woman regardless of birth. Not what was her station? But had she a heart? How did she play her God-given part?"

Though the reaction was mixed, other royal watchers defended the statue, pointing out that it obviously resonated with William and Harry.

Harry and William reunited privately in the gardens of Kensington Palace after they'd reportedly been exchanging text messages in the past few days ahead of the event.

The duo were seen happily chatting to one another in a display reminiscent of the special bond they have shared over the years, despite Harry's recent criticism of his family in several interviews since moving to the US with his wife, Meghan Markle, last year. 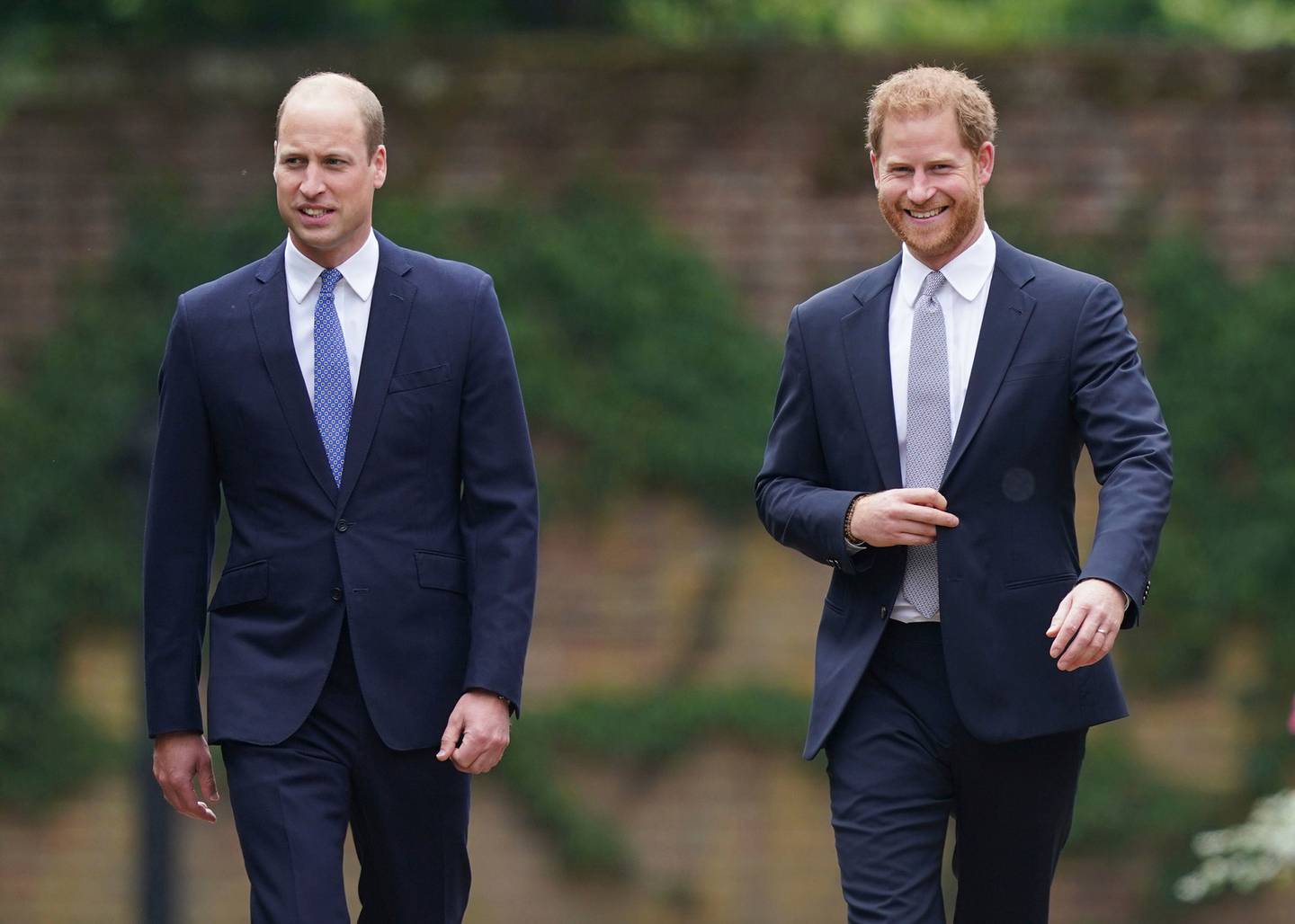 Prince William and Prince Harry seen arriving for the unveiling of a statue they commissioned of their mother Diana, Princess of Wales. Photo / AP

Shortly after the intimate gathering, the brothers released a joint statement via the Kensington Royal Twitter page.

"Today, on what would have been our Mother's 60th birthday, we remember her love, strength and character – qualities that made her a force for good around the world, changing countless lives for the better," it read.

"Every day, we wish she were still with us, and our hope is that this statue will be seen forever as a symbol of her life and her legacy.

"Thank you to Ian Rank-Broadley, Pip Morrison and their teams for their outstanding work, to the friends and donors who helped make this happen, and to all those around the world who keep our mother's memory alive," they concluded, before signing off from "Prince William and Prince Harry."

The Queen, Prince Charles and Kate Middleton were not present, while Meghan has remained in the US with kids Archie and Lilibet.