The Government has launched an inquiry into the $2 billion fishing industry to increase the number of New Zealand workers and reduce reliance on migrant labour.

It comes after Covid-19 and border restrictions highlighted how reliant the fishing industry had become on foreign labour, particularly when crews of Russian fishers were controversially brought in last year.

In the year ending March 2019 there were 1850 migrant workers in the sector, or about 20 per cent. In some areas, such as deep-sea fishing, there were vessels that were 100 per cent foreign-crewed.

Oceans and Fisheries Minister David Parker said the inquiry would focus on the sector's reliance on migrant labour, and how to transition it away.

"It will also examine how to accelerate efforts to attract more New Zealanders into rewarding jobs in the seafood sector.

"It will take in all commercial seafood activities, including deep-sea fishing, inshore fishing, aquaculture activities, and seafood processing."

The inquiry would not look at working conditions, because all foreign labour in the industry was already under New Zealand employment and health and safety laws.

Parker said Covid-19 border restrictions had highlighted the sector's vulnerability due to its reliance on migrant labour.

That has sped up efforts to increase New Zealanders' participation in the sector, he said.

"Some businesses in the sector have reduced their reliance on migrant workers since border restrictions were imposed, but some deep-sea vessels, in particular, are still 100 per cent foreign-crewed," Parker said.

"The inquiry will do a stocktake of the current state of the seafood sector's workforce and determine what a more resilient seafood workforce – with a greater proportion of New Zealanders ­– could look like, and how this might be achieved." 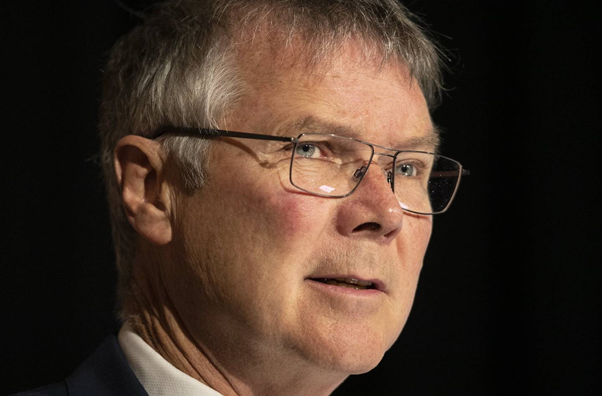 Oceans and Fisheries Minister David Parker said the inquiry would focus on the sector's reliance on migrant labour, and how to transition it away. Photo / Kevin Stent

New Zealand Institute of Economic Research principal economist Peter Wilson would chair the inquiry, with a report due October 29.

"The industry is well aware of the desire of Government to reduce migrant workers across many sectors and the seafood industry is already engaged with Government on a plan to transition more New Zealanders into the industry," she said.

"That transition will be challenging and take time but we look forward to the inquiry's recommendations into how we can reduce our reliance on migrant labour and how automation and innovation might play a role in that."

Parker also signalled moves to improve the environmental impacts of the seafood sector.

"Doing this takes innovation and fresh ideas. To that end, I'll be working together with industry on a transformation plan that will set a path towards these goals."

Recently the Government announced new protection measures for the Hauraki Gulf, progress on the wider rollout of cameras to inshore fishing vessels, and new rules about discarding and what fish must be landed.

A government response to the recent report by the Prime Minister's chief science adviser into fisheries would also be made public this year, he said.

The seafood sector is not the only one struggling with the Covid-19 border restrictions.

This week Meat Industry Association chief executive Sirma Karapeeva told the Primary Production Committee, which is conducting an inquiry into the future workforce needs of the primary industries, a shortage of halal butchers could see billions of dollars of export earnings lost.

The industry overall was short more than 2000 workers both skilled and unskilled this year, she said.

In particular, the industry needed about 250 halal butchers each season, but New Zealand had only about 200 at present.

Further, within the next year 87 of the 98 migrant butchers on extended migrant visas would need to leave the country, putting at risk the "$3.3 billion of halal-certified exports", she said.