A minute of silence, heavy with emotion, has been observed in Parliament to honour the 29 men who lost their lives in Pike River mine 10 years ago.

Anna Osbourne, Sonya Rockhouse and Rick (Rowdy) Durbridge, members of the Pike River Families Reference Group, fought back tears as they read out the names of those who died after a series of explosions in the mine.

Before the silence, the memorial service listened to a recording of radio communications from just before the first blast, including a request to speak to Milton Osbourne, Anna's husband.

A video recording then showed a wave of debris and dust being blown out of the mine's entrance as the first blast struck.

"Anyone underground? Anyone?" a voice over the radio was heard saying.

As they watched, Rockhouse put her arm around Osbourne, as she wiped her eyes. Prime Minister Jacinda Ardern, seated next to them, also dabbed her eyes.

On Friday, November 19, 2010, at about 3.44pm, an explosion ripped through the Pike River underground coal mine, followed by subsequent explosions. Two men made it out alive but another 29 were unaccounted for.

A subsequent coroner's report ruled 29 men died on that first day, either from impact of the blast or the poisonous atmosphere it created.

The Royal Commission on the Pike River Coal Mine tragedy found that the "immediate cause of the first explosion was the ignition of a substantial volume of methane gas", but could only speculate on what might have triggered ignition.

"The mine was new and the owner, Pike River Coal Ltd (Pike), had not completed the systems and infrastructure necessary to safely produce coal. Its health and safety systems were inadequate," the commission's report said.

'New Zealand stands with you and the Pike 29'

Earlier at the service in Parliament, Ardern paid tribute to the Pike River families.

"We are her because of your efforts ... You are the ones who said, 'Never again.'"

She said the families were kind and honest, adding that Sonya Rockhouse, a member of the Families Reference Group, had even messaged her after seeing her on the news and telling her to eat a pie.

She said what happened at Pike River "shoud not have happened", and the workers were exposed to unacceptable risk.

"There's nothing relative about grief. Sudden loss is devastating. But 10 years ago, New Zealand saw a disaster so gut-wrenching, it was almost unimaginable."

The recovery team reaching nearly the end of the mine's drift meant the possibility of gathering forensic evidence to shed light on what happened, she said, and to hold someone accountability.

Ardern said the families had pushed so hard for 10 years, and now was the time for the rest of the country to carry its share of the work still to do.

"New Zealand embraces you. New Zealand wishes you rest. And finally, most importantly, New Zealand stands with you and the Pike 29."

Osbourne said the Pike 29 were "killed needlessly", and she made an impassioned plea for stronger health and safety practices.

"This tragedy happened because of greed and ignorance. Managers and directors were paid huge money to manage the project and protect our men. These individuals failed our men miserably, along with government departments of the day.

"This mine was a ticking time bomb, and our men paid the ultimate price. They were killed doing the hard yards for a company that didn't value their lives. Pike put production over safety. Our mens' lives meant nothing to them."

She said she now realised there was little chance to get the remains of her husband back to give him a proper burial, and only a day in court would deliver justice for the families.

"Since Pike River, there have been 700 New Zealanders killed in the workplace. That is another Pike River disaster every five months since, and it is barely getting better."

She said Worksafe NZ investgations were weak, enforcement was poorly resourced, and employers were often simply not prosecuted.

"Our laws are simply not being enforced. This changes now."

Parliament was chosen for today's service because it is in this place where laws can be passed to make workers safer, she said.

Today's service was an emotional moment following the heartache from the loss of 29 lives, outrage over attempts to permanently seal the mine - which the families successfully fought - and frustration at the lack of accountability.

The money was split between the two survivors and the families of the 29 missing, a total of $110,000 for each man who had been down the mine that day.

Australian company VLI Drilling (which employed three of the men who died) also pleaded guilty to health and safety charges and was fined $46,800.

A tragedy felt around the world

There was also a public service today in Blackball, on the West Coast, and some families made the pilgrimage to the Pike River Mine portal. 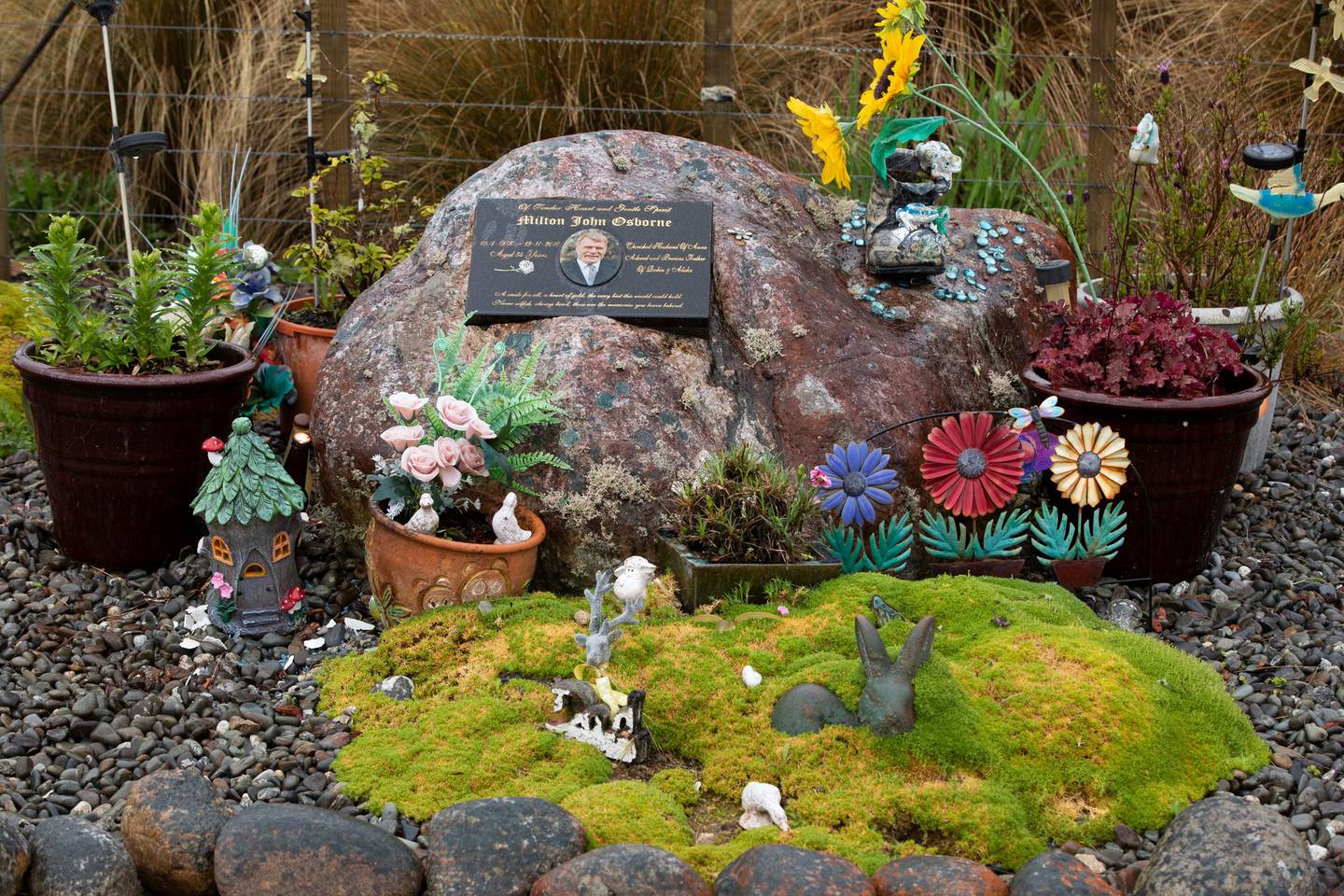 Memorial rock for Milton John Osborne, one of the 29 Pike River men that lost their lives. Photo / Brett Phibbs

In 2018 the Government approved that a Pike-River re-entry mission, and as of Monday the recovery had made it 2146m into the mine's drift, and less than 100m away from the Rocsil plug.

The plug fills the entire width and height of the tunnel to keep oxygen out of the areas beyond – the last eight metres of the drift, the roof fall (an area of tunnel that collapsed in following the explosion, where some workers who perished may have been
), and the mine workings (4.3km of tunnels where the coal was extracted – and where the remains of the 29 miners are expected to be).

The recovery operation hopes to make it to the roof fall by Christmas and then return to Pit Bottom in Stone – a 600m network of tunnels off both sides of the main tunnel, which had previously been "roped off" as a potential crime scene.

That area contained electrical and water equipment – all potential clues that could shed light on what happened underground 10 years ago leading to the explosion.

At this stage, the operation's mandate is to recover the drift, not the mine workings.

March 2004: Approval given for Pike River Coal to open an underground mine.

October 2008: The mine formerly opens.

February 2010: After a number of delays, the first shipment of coal from Pike River is exported.

19 November 2010: A methane gas explosion occurs deep inside the mine – two workers walked out but 29 remained missing.

24 November 2010: A second explosion occurs – Pike River Coal chief executive said there was no chance the workers were still alive.

28 November 2010: The mine is sealed after a fourth explosion.

29 November 2010: The government announced a Royal Commission of Inquiry into the disaster.

14 January 2010: The police abandoned attempts to recover the 29 bodies.

5 November 2012: The Royal Commission recommends changes to health and safety laws, finding the miners were exposed to "unacceptable risk".

15 August 2017: Prior to the 2017 election the Labour party, Green party, Māori party, and United Future signed a cross-party agreement to renter the mine.

14 November 2018: Minister Andrew Little approves single re-entry of the mine.