The SPCA is calling for an ethical decision to be made on the stranded orca calf Toa.

The Department of Conversation has been caring for Toa in a 32,000L pool since he was found stranded at Plimmerton, north of Wellington nine days ago, while trying to find his pod.

Chief Scientific Officer Arnja Dale told Heather du Plessis-Allan Toa is too young to survive on his own.

"We cannot meet his welfare needs or provide a good life [for Orcas]... because of their really complex social, physical and behavioural needs. The Department of Conservation has to make a really challenging decision.

"Keeping him in a barren pool is really a non-ideal outcome. We need the water in Wellington harbour to clear up so that he can be put back into the ocean where he belongs."

Meanwhile, a leading marine biologist says while Kiwis have done an outstanding job caring for the stranded orca baby, the time has come to talk about some stark realities, including euthanasia.

Massey University marine biologist Karen Stockin says Toa has been cared for by humans for a week now, and given he is likely aged less than 3 months old, it is integral that some healthy discussions start beginning about his future.

The young orca calf is currently being cared for 24/7 by DOC staff and volunteers. TVNZ has reported the cost of looking after Toa at approximately $10,000 so far, excluding the cost of DOC staff.

Stockin told the Herald today she was beginning to have concerns for Toa's welfare given he was such a young animal who had been dependent, or would be normally, on its mother and its pod to learn "critical, vital life skills".

Given he was so young, there were only two options left for him - euthanasia or putting him into a purpose-built facility of which there was none in New Zealand. 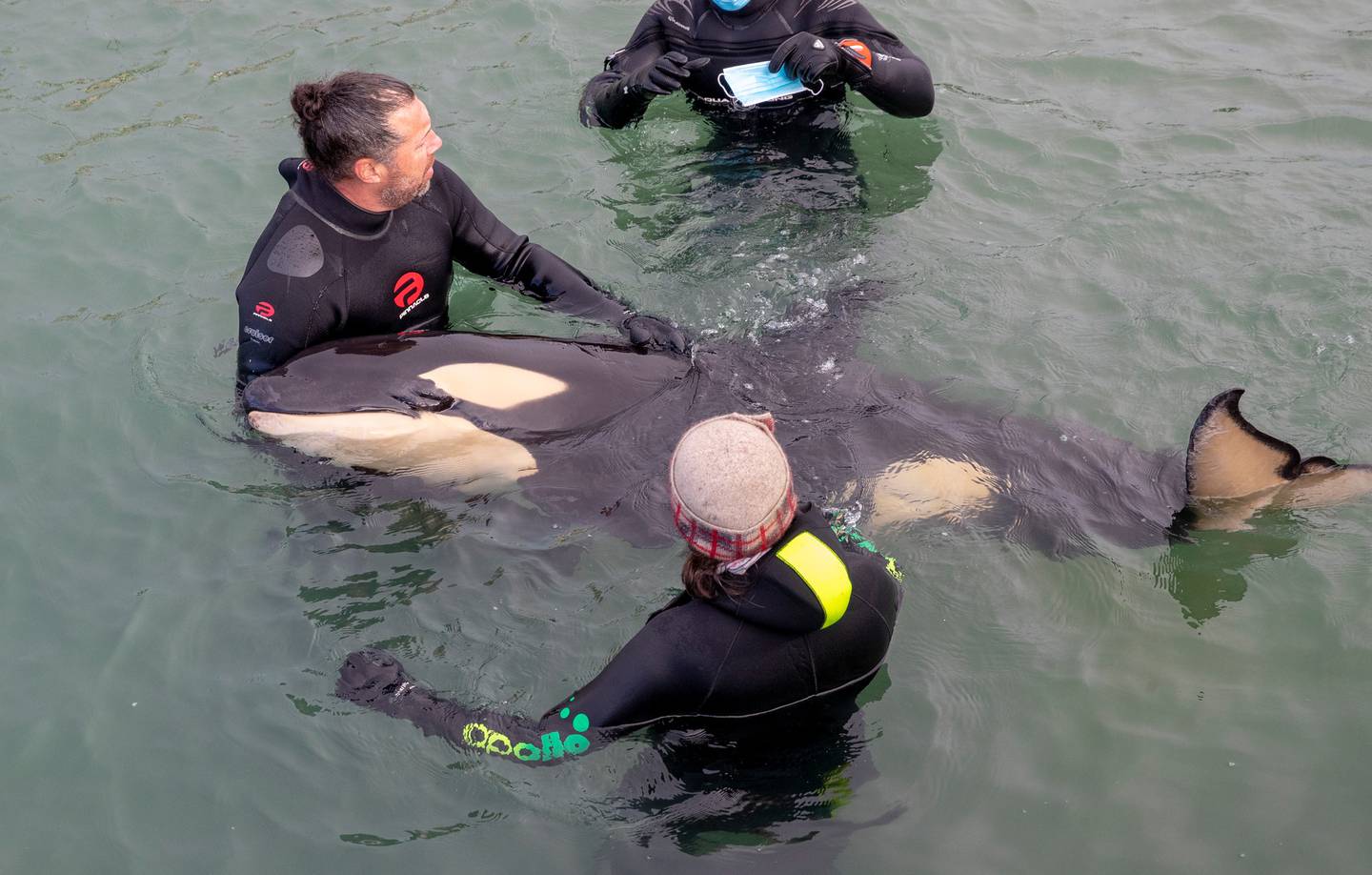 She said the various national and international vets had to this point done an "incredible job" in keeping him alive and stable but he had overnight been diagnosed with colic which meant he was beginning to have some issues.

"Here we've got first the indicators of possible things that are not so well with Toa.

"The reality is, up until this morning, we had no issues with Toa.

"He is still stable to be fair, the vets treated him for colic overnight and he remained stable this morning.

"As we know when you are stressed and when you have welfare considerations it can affect your health."

Asked whether trying to find Toa's pod as a needle in a haystack scenario, Stockin said it possibly was not that extreme, but it was "complicated and it's not simple and it's not quick".

"Hence we are now in the situation over a weekend now where this whale remains in constant human engagement and interaction which, from a welfare perspective, brings up all sorts of concerns about potential habituation.

"I can see why the public's happy ending is we find the natal pod, we return the whale and everybody is happy but we still have the complexity of first finding the pod."