Prince Harry flying commercially seems to have "stunned" fellow passengers, according to news reports, as he boarded a regular flight back to London from Japan.

Harry doesn't think people should be "stunned" of course as he claims to fly commercial 99 per cent of the time.

I think that's a recent thing - I'm pretty sure that's now that he's been called a hypocrite for travelling in four private jets in 11 days, whilst also campaigning about climate change.

That's the problem with making big moral stands: you actually have to live by them.

So there he was, hopping onto Nippon Airways (albeit in Premium Economy) alarming passengers with his regal presence. One passenger who uploaded a photo to social media said they "nearly fell off their seat" when they saw him.

I felt the same way when Prince Charles hopped on our flight. We boarded Singapore Airlines home from London once and were told at check-in that they'd had to move our seats back a row because a VIP was coming. Being a nosey journalist I immediately asked "who?" - they replied that they "couldn't possibly say".

A few drab looking suited and booted aides hopped on first, and then there he was: Prince Charles. I went to grab my phone to of course take a picture at which point my husband overruled and suggested that was not cool and not to do it.

I regret listening to him. Thankfully I didn't listen to him when not long after Prince Charles hopped on, so did David Beckham. I could not get to Beckham fast enough for a selfie (FYI he's as lovely in person as he looks).

To me he's the real VIP... but back to Charles. 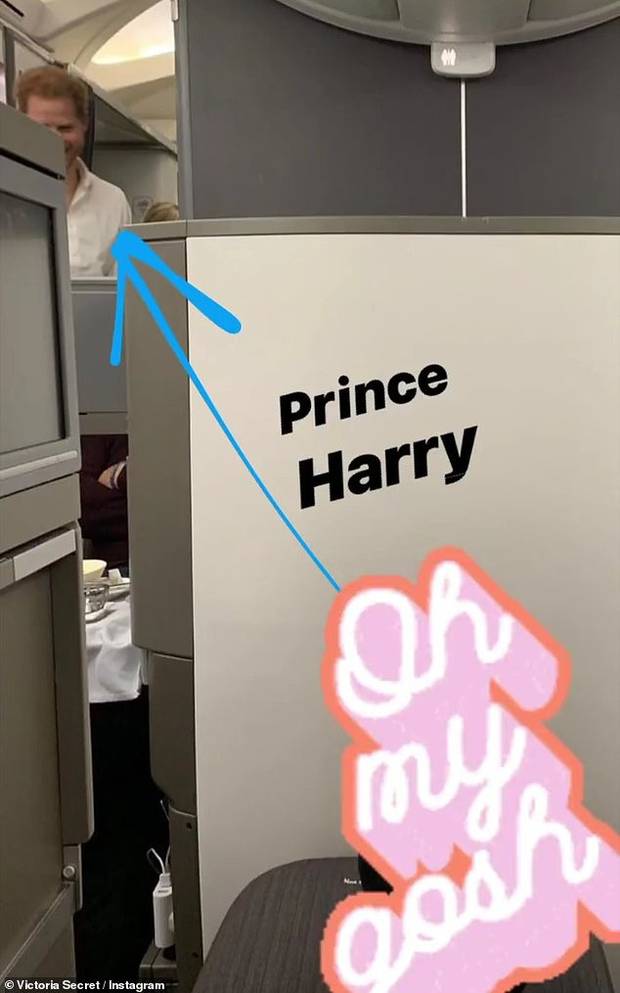 Prince Harry was snapped on the Nippon Airways flight.

It did seem weird having royalty flying with us plebs. Like it or not they are different.
They are born to a life of privilege and that's all they know. He was rallied around and catered to like he was a toddler.

Oatcakes with cheese and cups of tea, all in his own special china, brought to him on a tray, made by bristling aides who stiffly shoved anyone in the way to one side, including flight crew.

I was told to "step back" from the toilet when I was waiting outside the door - unbeknownst the future King was inside having a wee.

I didn't realise it was him until his royal highness exited the cubicle and wafted past my riff-raff self to get back to his seat. He looked tired and 'unamused' by the experience.

I wouldn't have begrudged him the private jet to be honest. But although royals are different, I do believe Prince Charles has earned his rep.

A lifetime of consistency in message, the future King, he comes with gravitas. Whereas Harry I think has peaked too soon: too many lectures, too many moral judgments, and he's not a future anything.

So should we be surprised when Prince Harry flies commercially? I don't think so.