Auckland's shock "housing surplus" has been revealed, as a population correction means the city is now on track to meet demand.

But the Salvation Army warns the 7168 house surplus won't fix the housing crisis but instead shows that the shortage is caused by unaffordable housing and low income levels.

The u-turn on the housing shortage was in the charity's annual State of the Nation report, which this year offers a mixed bag of outcomes with some significant progress but a long list of areas to improve.

The report also came with a stern warning that everyday Kiwis needed to do more to address our entrenched inequality and poverty.

"Unless we strongly endorse a wholehearted effort to tackle poverty, our political leaders are unlikely to demonstrate the courage required to lead this change," said director Ian Hutson.

And in order to effect major change "for those in the shadows", the Government needed to increase beneficiary incomes and do more to fix the housing issues, the Salvation Army said.

The Salvation Army believes this means there's now a surplus of 7168 houses but warns this doesn't show a housing excess but rather the erosion of the deficit the city suffered over the past five years.

The charity has reported a housing shortage since 2009.

It said a "fundamental question emerged" in light of the surplus revelation about what's causing the increases in homelessness and housing stress, and said the problem is that houses are unaffordable compared to wages.

"The Auckland part of the story is distinctly one where tenants are under more stress and facing increasingly unaffordable renting situations," the report said. The Census population adjustments also revealed a housing deficit outside of Auckland. The previous estimated shortfall of 2300 units between 2013 and 2018 has now risen to 11,200.

Nationwide, there are almost 14,000 households waiting for accommodation, with the number on the priority waiting list growing by 47 per cent in the year to September 30.

The demand for housing is largely felt in the regions.

In the Bay of Plenty and West Coast/Tasman, the waiting lists lengthened by 37 per cent in the year to September 30, Central jumped 35 per cent and the East Coast waiting list increased by 32 per cent. The number of children living in New Zealand's deepest poverty could fill Eden Park three and a half times.

And most of those 174,000 children come from benefit-dependent homes as the Salvation Army said income and hardship levels are "still too high". 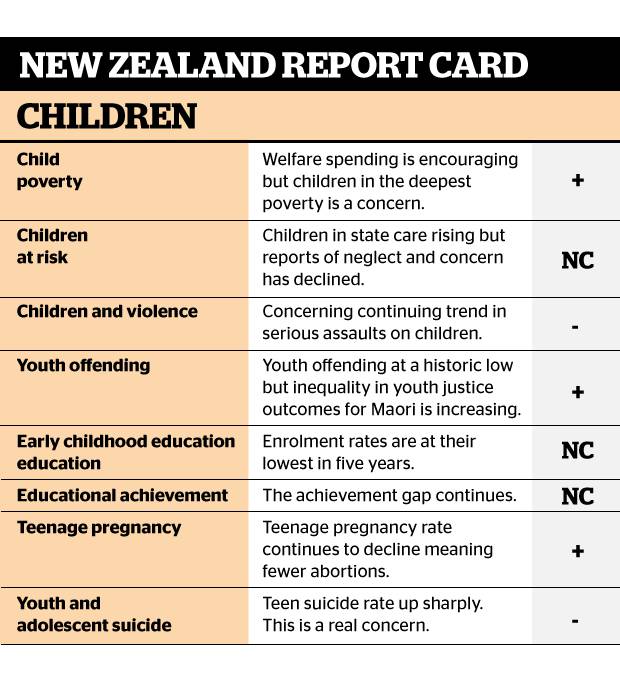 Young people are struggling to participate in society and are facing real mental health problems, with 73 teens aged between 15 and 19 taking their lives - the highest teen suicide rate since 2012, it said.

There was a 40 per cent increase in assaults against children over the past four years.

"We don't believe that this is the type of country that we want," said one of the report's authors, Ronji Tanielu.

But there have been improvements in NCEA achievement, youth offending and teen pregnancies and abortions.

15kg of meth consumed per week

There's been a steady decline in the numbers of teens aged between 15 to 19 who are hazardous drinkers but it's got worse for men, women, those aged 18 to 24 years, and Māori.

More than 47 per cent of all illicit drug prosecutions were for methamphetamine and police wastewater testing found about 15kg of the drug is consumed each week.

This amounted to about $18 million per week in social harm across the country.

And despite the number of pokie machines dropping last year, the losses to each machine increased to $62,000.

Increased minimum wage, income support and hardship assistance haven't yet been captured in the statistics, but the Salvation Army said the scale of the challenge of poverty, inequality needed further investment.

Meanwhile, unemployment levels are at their lowest for more than a decade. 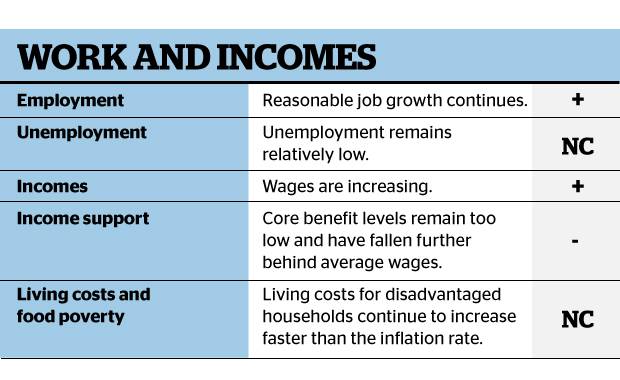 And the Salvation Army warned that given economic growth has slowed, policy will need to be designed to include those missing out.

"The overall assessment is that despite some significant progress, much more needs to be done to ensure the growing prosperity of our economy is shared more fairly," the report said.

While there have been some headline improvements in justice outcomes, offending and rehabilitation, outcomes haven't shifted substantially.

"Improvements are not significant and will require further bedding down before definitive appraisals can be made."

And while victimisation levels haven't reduced, apprehensions, prosecutions and case resolutions are lower. 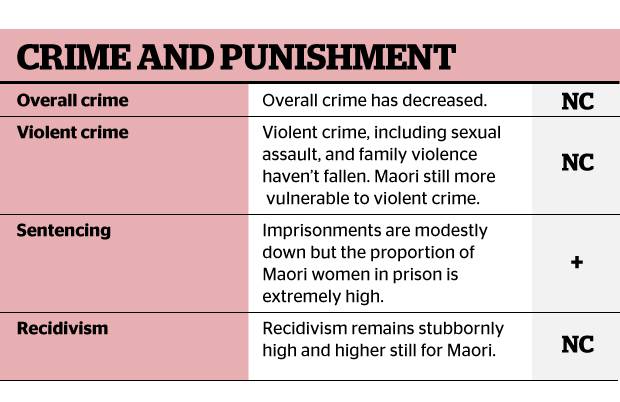