The UK's latest surge in coronavirus infections gathered pace Thursday with new confirmed cases rising above 10,000 for the first time in nearly four months as a result of the spread of the more contagious Delta variant.

Government figures showed another 11,007 cases were reported. That's the highest daily number since February 19, when 12,027 cases were recorded, and cements talk that the country with Europe's highest virus-related death toll is in the midst of a third wave of the pandemic. 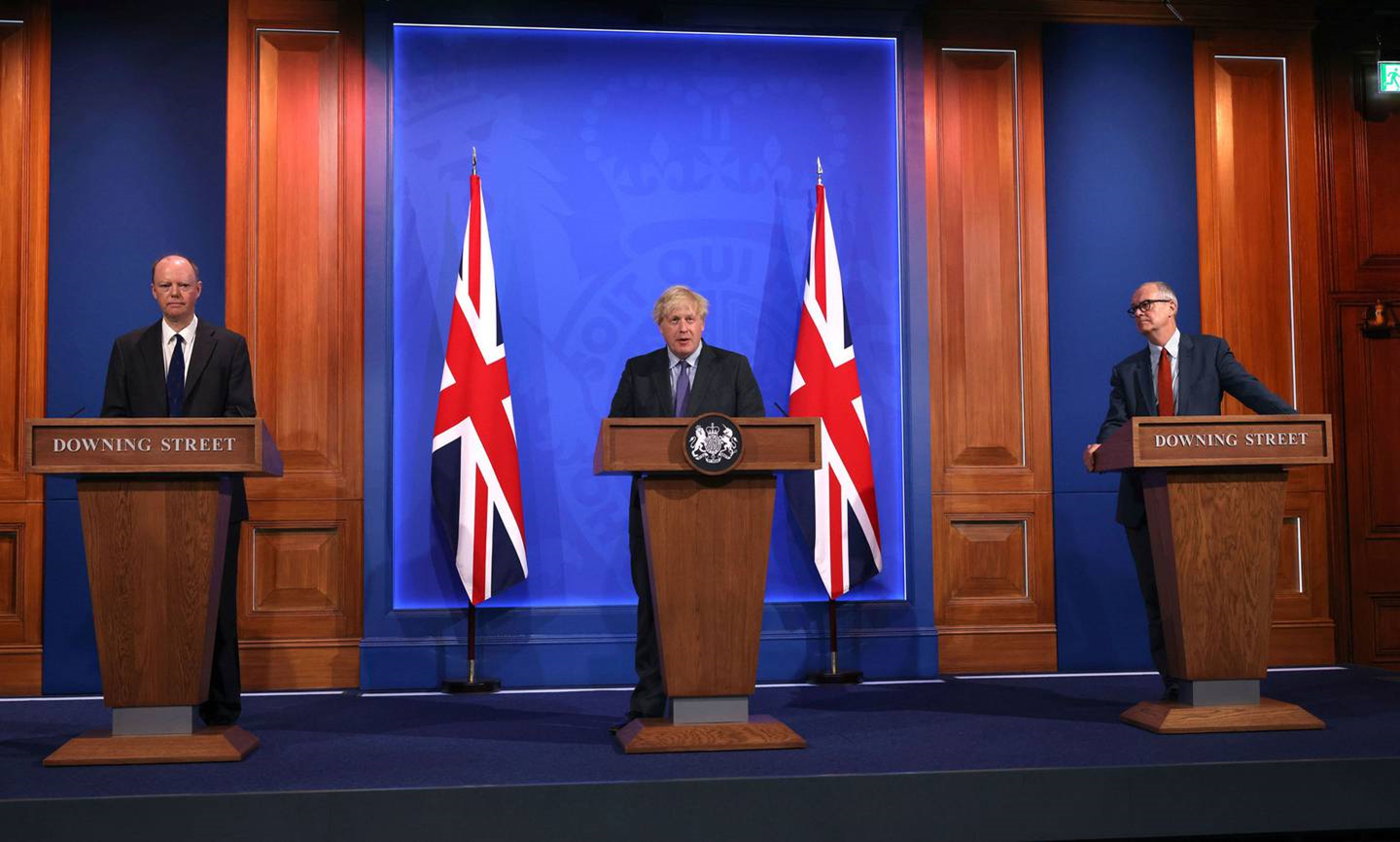 Daily cases have risen fairly sharply over the past few weeks after fluctuating around the 2000 mark earlier. The Delta variant, which was first identified in India and is considered by government scientists to be between 40 per cent to 80 per cent more transmissible than the previous dominant strain, accounts for around 95 per cent of all new cases in the UK.

Most of the new confirmed cases are among younger age groups which have not yet gotten Covid-19 vaccines. The UK's widely praised rollout of vaccines is being extended to all adults over the age of 18 starting Friday, Health Secretary Matt Hancock confirmed.

The spread of the variant upended government plans to lift all remaining restrictions on social contact in England starting next week. On Monday, Prime Minister Boris Johnson delayed the move until July 19, saying now was the "time to ease off the accelerator" so more people could get vaccinated and prevent thousands more deaths.

Johnson laid out his hope that by July 19, two-thirds of the UK's adult population will have been offered two vaccine shots, including everyone over 50. The government's figures Thursday showed that another 19 people died after testing positive for the virus, the highest daily death toll reported since May 11. It takes the UK's total deaths in the pandemic to 127,945, the most in Europe.

In addition to warning about further deaths in the near-term, Whitty said the country should brace itself for further waves of the virus to come.

"In terms of the medium-term, my expectation is that we will get a further winter surge, late autumn/winter surge, and that is because we know that winter and autumn favour respiratory viruses, and therefore it'd be very surprising if this particular highly transmissible respiratory virus was not also favoured," he told health professionals.

Many blame the Conservative government for the spike in infections, saying it acted too slowly to impose the strictest quarantine requirements on everyone arriving from India, which has endured a catastrophic resurgence of the virus. 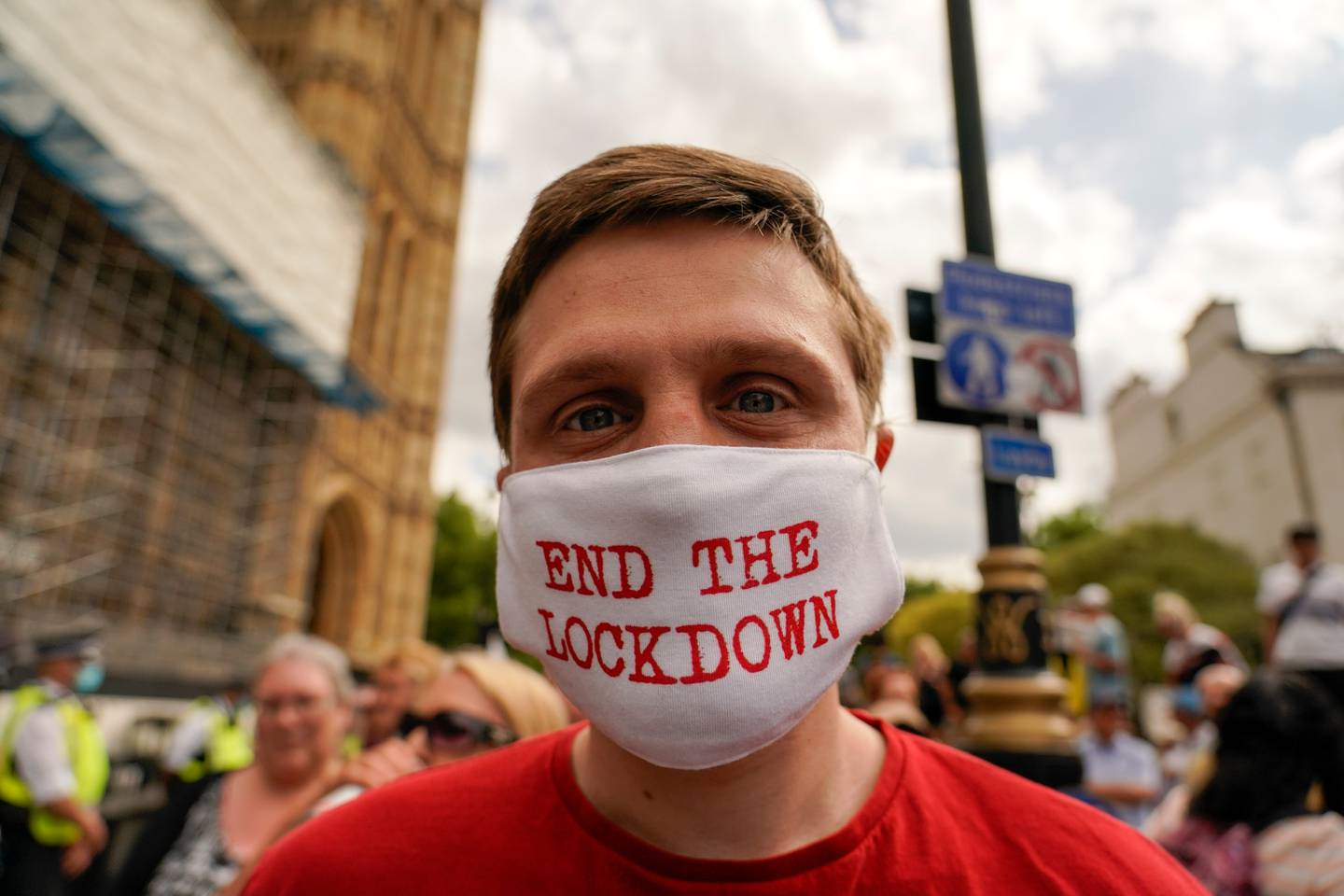 A man wears a mask reading 'end the lockdown' outside Westminster, to protest against the delay of planned relaxation of lockdown measures. (Photo / Alberto Pezzali, AP)

The hope is that the rollout of vaccines will turn the latest spike around and allow the next easing in the lockdown to take place. As of Thursday, around 63 per cent of the British population had received at least one dose of vaccine, while around 46 per cent has received two.

An analysis on Monday from Public Health England showed that two doses of the main vaccines the UK is using are highly effective against hospital admission from the delta variant — 96 per cent in the case of the Pfizer-BioNTech vaccine and 92 per cent for the AstraZeneca jab.