Friends of widowed Kylee Guy are fundraising for the family to continue a private investigation into the murder of Scott Guy.

Kylee Guy's husband was found shot dead at the end of their Fieling driveway in the early hours of July 8, 2010. 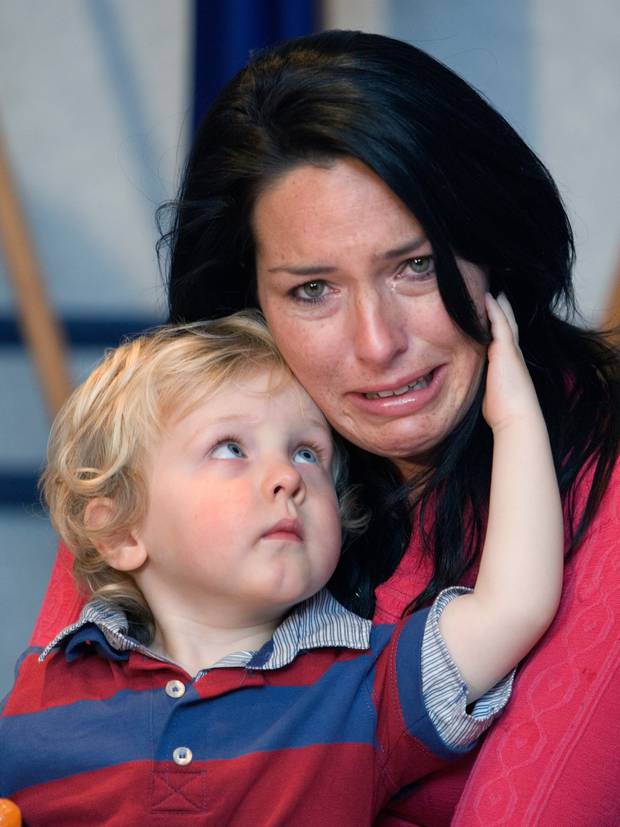 Funds from the public appeal will pay for private investigation fees and any extra funds will be put towards a trust fund for Kylee and Scott's two sons.

Kathie Rifle, the driver behind the fundraiser has known Kylee Guy since 2006.

Following the 2012 trial, the Guy family hired private investigators, however in 2015 the family could not continue the investigation due to lack of money.

Ewen Macdonald, Guy's brother-in-law and a pall-bearer at his funeral, was charged with his murder in April 2011.

He was acquitted at a jury trial the following year but was jailed five years for other offences.

Ten years on from the young farmer's death, his widow spoke to TVNZ's Sunday in an exclusive interview.

She said the killer is still out there and she has just one message for that person.

Guy met 18-year-old Kylee Bullock, who was training to be an early childhood teacher, at a Havelock North pub after a rodeo.

The pair fell in love and married in 2005. At the time of the murder, the pair had a son and a second on the way.

The fundraising page has had 70 donations in the last day.

One donor wrote "May justice be done. You are such a beautiful brave lady."

"Let's help Kylee, and their precious sons, get justice for Scott" says Rifle.