All travellers entering New Zealand will now be manually processed as eGates are closed by Customs.

It's sent an alert informing passengers no travellers, including New Zealand citizens, will be allowed to use the eGates.

It follows the partial closure of our borders, to prevent the deadly coronavirus reaching our shores.

A military training base north of Auckland is being turned into a quarantine centre for New Zealanders returning from Wuhan, the epicentre of the novel coronavirus outbreak.

Coronavirus update: All travellers entering New Zealand will now be required to be individually manually processed (including NZ citizens, permanent residents or their families)and no travellers will be allowed to use eGates.

Dozens of people will be kept in isolation at the New Zealand Defence Force site in Whangaparāoa for two weeks to contain any possible infection making it out into the community.

The site - officially called the Tāmaki Leadership Centre - is operated by the Royal NZ Navy and is where sailors and trainees undertake outdoor and weapons training.

It has a range of facilities including classrooms and an extensive confidence course on site. It is also known for its beautiful views and scenery.

Following the US and Australia, as of today all foreign travellers from China are barred from entering New Zealand for up to two weeks.

The Government announced the drastic decision on Sunday afternoon.

It is placing temporary entry restrictions into New Zealand on all foreign nationals travelling from, or transiting through, mainland China to assist with the containment of the novel coronavirus and to protect New Zealand and the Pacific Islands from the disease.

The ban will remain in place for up to 14 days. The position will be reviewed every 48 hours.

The new restrictions include: 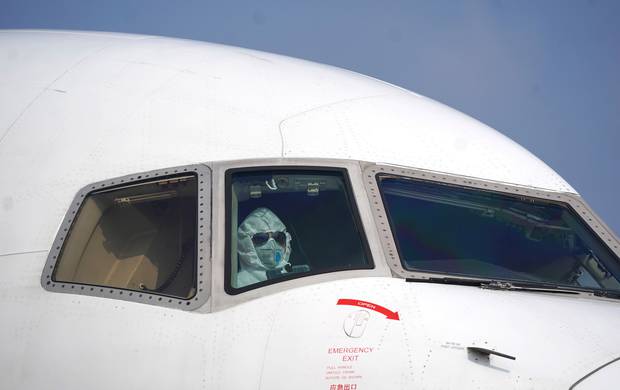 That will make a significant dent in tourism from one of our biggest markets at the busiest time of year.

In the coming days about 70 New Zealanders who have been trapped in the epicentre of a global health emergency will be evacuated by the Government.

Clark said health staff will check them daily, but otherwise they will try to keep a sense of normality for people and families.

"I've been advised that it's a facility that has appropriate recreation space where people will be able to live in relative isolation, and is also appropriate for people... [so] they can work from 'home', is what we're hoping," Clark said.

"So people can, as much is as possible in this unusual situation, get on with their lives."

No one displaying symptoms will be allowed on the flight from Wuhan, which will be staffed by St John paramedics, an Air New Zealand doctor and volunteer Air New Zealand flight crew. 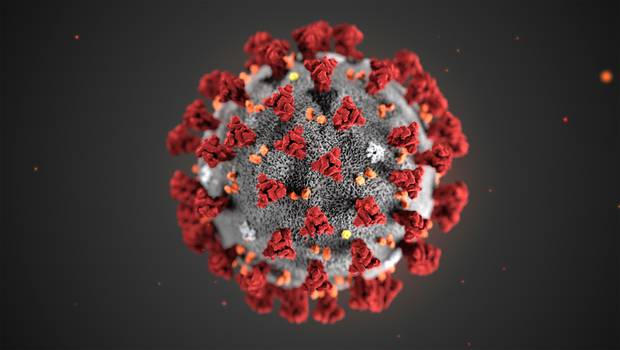 This illustration provided by the Centers for Disease Control and Preventionshows the 2019 Novel Coronavirus (2019-nCoV). Photo / via AP

Director-General of Health Ashley Bloomfield said there was a chance some of the passengers will have the coronavirus.

"We also know that the numbers of cases in mainland China, and particularly still in Wuhan and Hubei province, are increasing quite rapidly, so there's a greater risk they will have been exposed, so that's why we're ensuring they're isolated for the 14 days."

He said the flight crew would have protective equipment, and will not need to be isolated afterwards.

A resident nearby to the military camp, Andy Dunn, is relaxed about potentially sick people being quarantined in his neighbourhood.

"You've got to put these people somewhere, and you can't live life in the old 'not in my backyard'. I have every confidence in the authorities to control it."

From today all foreign nationals travelling from China or transiting through China will be banned from entering New Zealand, and there will be tougher controls at the airport, the Prime Minister said.

"Anyone who has visited mainland China in the last 14 days... will not be able to come in and remain within New Zealand's borders. Restrictions will be placed at the border," Jacinda Ardern said.

She said New Zealanders coming home from China under their own steam will be allowed in but must isolate themselves for 14 days at home.

"Much of this is because simply we do not know. We're in the very early stages of this virus, and there are still things that we're having to learn about the way it's transmitted.

"So this is not an announcement that should cause any alarm by New Zealanders; it's precautionary, we're doing it in the best interests of their health."

The tourism industry supports the efforts to contain the virus but says it will come with a cost.

Tourism Industry Aotearoa chief executive Chris Roberts said about 40,000 travellers were expected from China during February, spending on average $4000 to $5000 each, the country potentially missing out on hundreds of millions of dollars.

"The economic impact for New Zealand is quite significant ... It's the uncertainty of how long this might continue for which will be worrying businesses, but of course the health impacts would be far more serious so we have to put health as the first priority."

Clark said there was no date yet for the evacuation flight to take off but they're working to make it happen in the next few days, direct to Auckland.

"Managing the return of people from a region experiencing an outbreak such as this is a major logistical challenge.

"We are now ready to bring New Zealand citizens home."