A high-powered global panel convened by former prime minister Helen Clark has found failures at every step of the world's pandemic preparedness and response.

It's now set out a range of fixes to stop the next disaster, including beefing up the World Health Organisation (WHO), raising billions for new funding and forming a global council.

The independent panel - assembled by Clark and former Liberian president Ellen Johnson Sirleaf, at the request of WHO Director-General Tedros Adhanom - found in its new report that the pandemic was a "preventable disaster".

Preparation was "inconsistent and underfunded", the global alert system was too slow and "too meek", the WHO was under-powered and global political leadership was "absent".

"Covid-19 has been a terrible wake-up call," a summary stated.

"So now the world needs to wake up, and commit to clear targets, additional resources, new measures and strong leadership to prepare for the future."

The 86-page report, titled Covid-19: Make it the Last Pandemic, said the immediate priority was to urgently end illness and deaths from the coronavirus, which has so far infected nearly 160 million people - and killed 3.2 million.

Among the main failures it highlighted was the fact that years of warnings weren't acted on, and despite a rising rate of emerging zoonotic diseases, there'd been inadequate funding and stress testing of preparedness.

While Chinese clinicians in Wuhan were quick to spot unusual clusters in late December 2019, valuable time was lost when it came to alerting the world to the threat, with international notification procedures proving too slow.

Even after a public health emergency finally was declared on January 30, too many countries took a "wait and see" approach rather than enacting aggressive containment strategies.

As the virus spread into more countries, neither national nor international systems managed to meet the initial and urgent demands for supplies, and there was a lack of global leadership.

"Dedicated financing at the scale required was not available to supply medical equipment, kick-start the search for diagnostics and therapeutics, or ensure vaccines would be available to all," the report found.

"International financing was too little, too late."

Although WHO staff worked hard to provide advice and guidance, and support to countries, member states had underpowered the agency to do the job demanded of it, it added.

"The lack of planning and gaps in social protection have resulted in the pandemic widening inequalities with a disproportionate socioeconomic impact on women and vulnerable and marginalised populations, including migrants and workers in the informal sector." 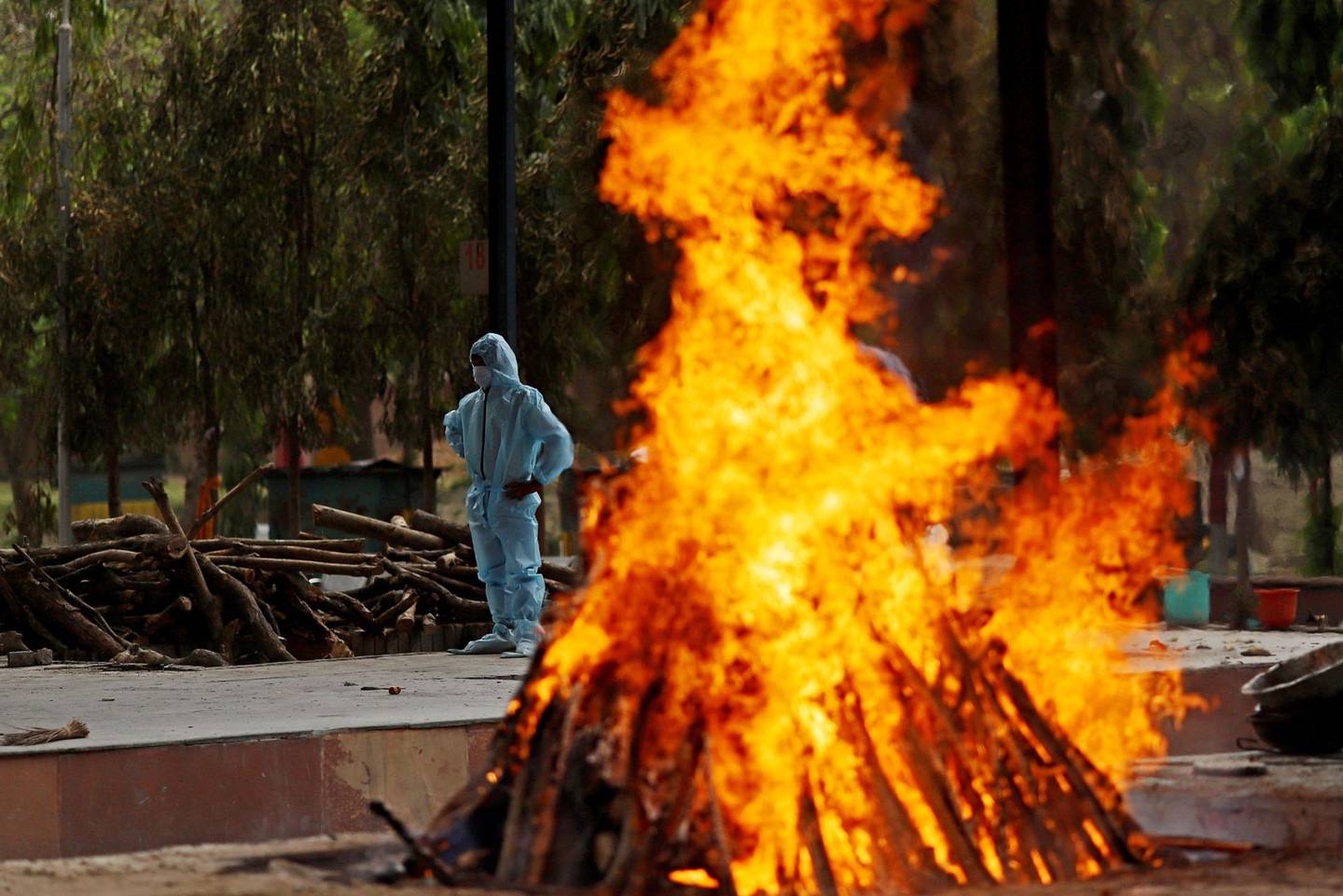 India is in the grip of a second wave of Covid-19, which has so far been confirmed in 160 million cases worldwide - and at least 3.2 million deaths. (Photo / Anindito Mukherjee/Bloomberg)

But the report also pointed to some positives, such as the heroic efforts of health workers, the global sharing of data and science, the unprecedented effort to rapidly make vaccines, and the successes of some countries in beating Covid-19.

It offered off a checklist of urgent actions: namely that high-income countries with enough vaccines should commit to getting at least a billion doses to low and middle income nations by September - and more than two billion by mid-2022.

It said G7 countries should front up 60 per cent of the $26 billion needed for those extra vaccines, along with diagnostics, therapeutics, and strengthening of health systems.

As well, the World Trade Organisation and WHO should convene major vaccine-producing countries and manufacturers to agree to voluntary licensing and technology transfer for Covid-19 vaccines - and within three months.

For the long-term, the panel called for a new high-level Global Health Threats Council, led by heads of state, and for a new international convention to be adopted within the next six months.

It recommended the WHO's independence, authority and financing be bolstered, and that all countries beef up their own preparedness against WHO-set benchmarks.

A new "agile and rapid" surveillance information and alert system would be able to detect outbreaks faster - and any with pandemic potential should be published by the WHO without it needing to get approval from governments.

Elsewhere, the panel suggested a new financing facility - eventually able to dispense up to $137b in a crisis - and for each country to have "national pandemic coordinators" with direct lines to heads of state.

"The world cannot afford to focus only on Covid-19. It must learn from this crisis, and plan for the next one," the panel report said.

"Otherwise, precious time and momentum will be lost."

"It's good to see a strong emphasis on adopting the precautionary principle for future pandemics, such as taking active steps to address an emerging threat when its severity is not yet known," she said.

"Countries that adopted a 'wait and see' approach in early 2020 did badly because the pandemic moved so fast that by the time the threat was fully visible it was too late to close down the multiple transmission chains in their populations."

"The panel calls for coordinated global action, first to bring an immediate end to the pandemic, and then to adopt the lessons of the past year so completely that Covid-19 becomes the last pandemic the world will ever experience," she said.

"What's exciting about those aims is that they're technically achievable.

"But they'll require a well-funded WHO and strong global cooperation to ensure a fair distribution of resources, particularly getting vaccines and other types of support to where they're needed most.

"These are aims that must work globally or they won't work at all."

Earlier this year, Kvalsvig published a new framework she suggested could help New Zealand meet the next big threat.

An updated pandemic plan could apply to a wide range of organisms, she said, provided they were at least moderately transmissible and severe, required extra controls, and hadn't been fully characterised.

That was ultimately proven when the country's existing pandemic plan, focused on influenza, proved unsuited to a more dynamic danger like coronavirus.