Supermarkets could be forced to sell their wholesale businesses or some sites to boost competition.

The Commerce Commission's study into supermarkets has concluded that competition in the retail grocery sector "is not working well for consumers".

This conclusion comes as part of the competition watchdog's draft report on the level of competition in the $22 billion supermarket sector.

"If competition was more effective, retailers would face stronger pressures to deliver the right prices, quality and range to satisfy a diverse range of consumer preferences," chair Anna Rawlings said.

The commission's draft findings are preliminary and still subject to consultation prior to its final report being published in late November.

Rawlings said the market could be best described as a "duopoly" with a fringe of other competitors. The two major supermarket groups, Progressive and Foodstuffs, considered only each other when considering prices.

The two groups did not tend to compete head-on, Rawlings said.

"Our preliminary view is that the core problem is the structure of the market. In competitive terms, the major retailers, Woolworths NZ and Foodstuffs, are a duopoly, and while there is an increasingly diverse fringe of other grocery retailers, they have a limited impact on competition. This is because they are unable to compete with the major grocery retailers on price and product range in order to satisfy the widespread consumer demand for a main shop at a single store," Rawlings said.

"All things being equal" Kiwis were likely to pay less for groceries if competition was stronger.

"The major retailers appear to avoid competing strongly with each other, particularly on price. Meanwhile, competitors wanting to enter the market or expand face significant challenges, including a lack of competitively priced wholesale supply and a lack of suitable sites for large scale stores," Rawlings said.

The commission said that the levels of profit being earned by both groups were "persistently high". Both groups were earning a return on capital of more than 20 per cent.

"If competition was working better, we would expect these profits to encourage other players into the market" or expansion by smaller players, to share in those profits.

"We haven't seen that," Rawlings said. 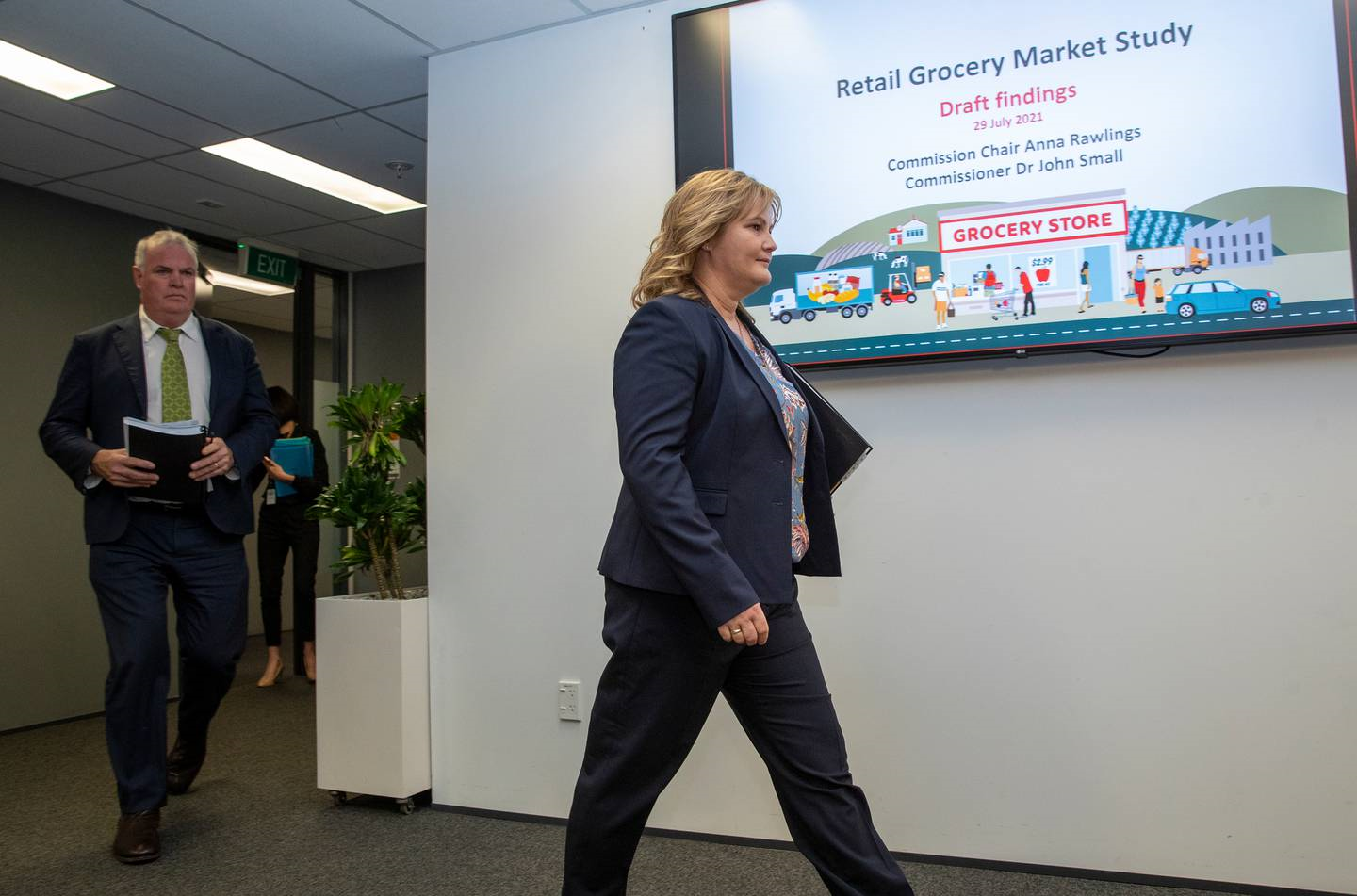 The profitability observed did not appear to be a reward for investing in innovation, but were enjoyed across the board.

"We don't consider that New Zealand is too small" to cater to a third major player. It was unlikely that a third player of scale would enter New Zealand "without intervention", Rawlings said.

Part of the problem was a lack of competitive wholesale sales of food, the commission found, with dairies often finding that the best way to source food was to buy off supermarkets. There was also a lack of good sites available.

Rawlings said the pricing and loyalty programmes were so complex as to be confusing, making it difficult to make informed decisions. Consumers often did not appear to know how much personal data they were giving to the supermarkets when they signed up, or how it was used.

The rewards also require high levels of spend for a relatively low return. In one prominent loyalty scheme, shoppers are required to spend as much as $2000 to receive a $15 voucher in return. 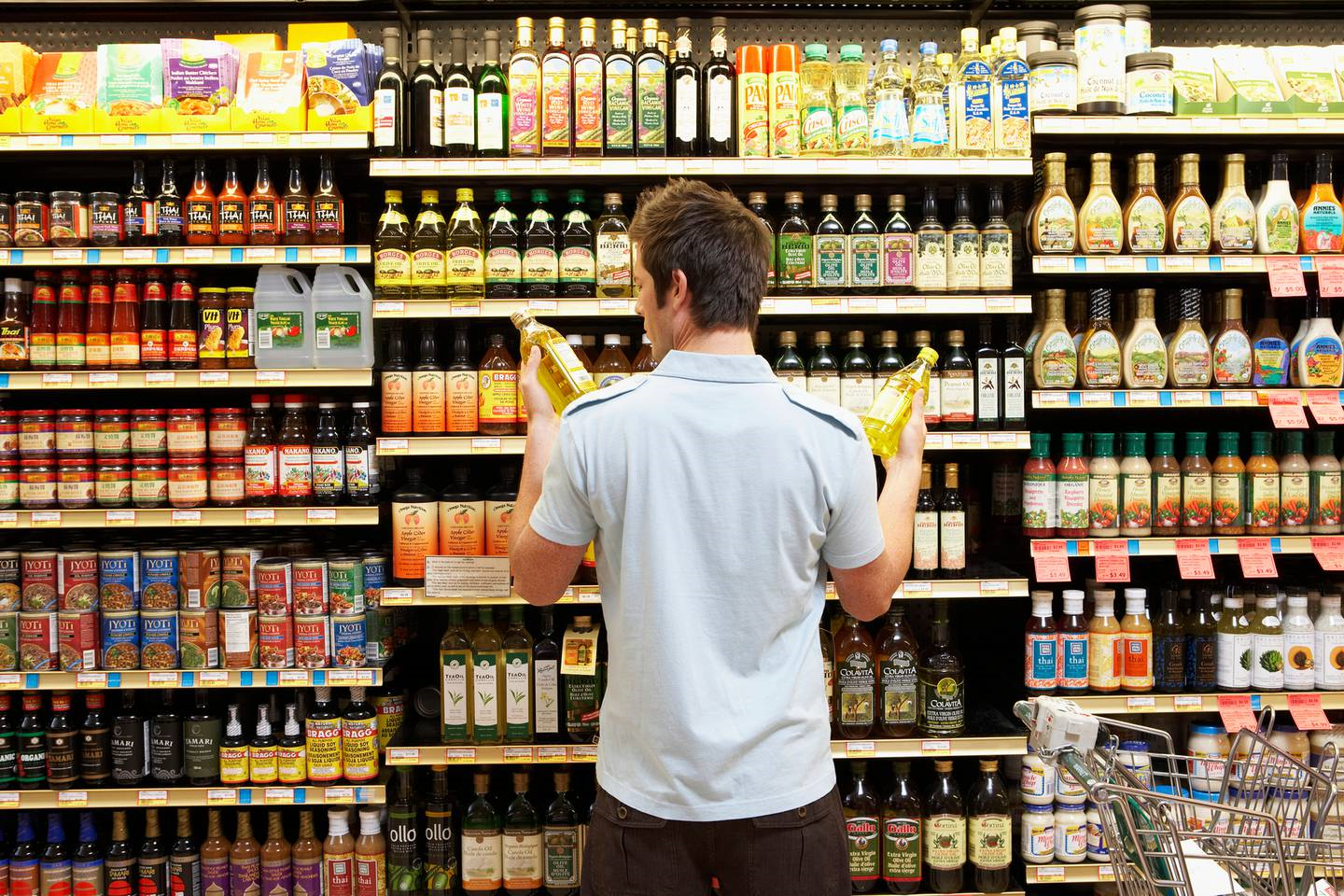 New Zealand is ranked as the sixth most expensive among OECD nations. (Photo / Getty Images)

The report also looked into the behaviour of the supermarkets towards suppliers.

It found that "many suppliers have few alternatives but to supply the major retailers". This allowed the supermarkets "to exercise their buyer power to push excess risks, costs and uncertainty on to suppliers", the commission said.

"Suppliers report agreeing to these terms because they fear that otherwise their products may not be stocked. This conduct can reduce suppliers' ability and incentives to invest and innovate, ultimately leading to less choice, lower quality, and potentially higher priced goods for consumers."

Rawlings said competition was not working for suppliers.

"There is an imbalance of bargaining power between the two major supermarket groups and their suppliers," Rawlings said.

The report's recommendations included making it easier for new competitors to enter or existing independent retailers to expand "by increasing wholesale access to a wide range of groceries at competitive prices".

The commission also recommended making land more available through changes to planning laws and restrictions on the use of covenants.

The commission said one option was to create a wholly independent food wholesaler to improve competition. An alternative was to force the supermarkets to sell their wholesale business.

To improve competition, the regulator may either recommend the sponsorship of a new third retail group or force the other players to divest sites to a third party.

Spencer Sonn, the managing director of Woolworths New Zealand, said that on face value some of the recommendations would "have significant implications".

"We will now take the time to read it so we can provide our feedback within the required timeframe."

Sonn said that his company worked hard with suppliers to distribute food and groceries around the country.

"We're proud to partner with 1400 suppliers, including 120 produce growers and 900 small suppliers, and having good relationships is incredibly important to us.

"We appreciate that many Kiwis will have strong thoughts and feelings about the report and would ask that they keep it kind when shopping in our stores and treat our teams with respect."

Shortly after the election, Commerce and Consumer Affairs Minister David Clark announced the competition watchdog would undertake a market study into supermarkets to determine "whether the sector is as competitive as it could be".

The market study is the second of its type under new powers to compel companies to provide detailed financial information, following an examination into petrol companies ordered by Prime Minister Jacinda Ardern in 2018.

For months, the Wellington-based competition watchdog has been receiving evidence and interviewing witnesses, sometimes under oath.

Like many industries in New Zealand, it is a sector dominated by two companies. Foodstuffs, which counts New World, Pak'nSave and Four Square among its subsidiaries, and Australian-owned Woolworths, the owner of Countdown.

The market study is set to take around 12 months but even the draft report is likely to run to hundreds of pages and make recommendations to improve competition levels.

Multiple parties are speculating that among its recommendations would be a binding code of conduct for supermarkets to adhere to, the regulator could urge the Government to consider requiring a break-up of some parts of the sector.

The study has been a long time coming. In 2014, Shane Jones, then a Labour MP, used parliamentary privilege to assert that Countdown was treating many of its suppliers poorly.

Katherine Rich, the former National MP and long time chief executive of the Food and Grocery Council, has been providing materials to the commission including research that suggests most suppliers believe the supermarket groups engage in anti-competitive behaviour.

This week, Rich launched a stinging attack targeting Foodstuffs' North Island business, claiming that even on the eve of the draft report, its members were facing the threat of having their products removed from shelves as part of negotiating tactics, demands for a "display fee" which did not promise any actual prominence or contribution to staff wages.

Foodstuffs was "either not reading the political environment or dismissing government concerns which led [Clark] to call for the Study", Rich wrote on her LinkedIn page.

Foodstuffs did not respond to a request for comment on the claims.