Campaigners for 26 weeks of paid parental leave are now setting their sights on higher payments and more leave for partners.

From tomorrow, a working parent will be able to get 26 weeks of paid leave, up from 22 weeks.

Workplace Relations Minister Iain Lees-Galloway said that payments would be lifted by $20 a week, following a similar lift in payments last year.

"Our youngest Kiwis' first days are so precious and it's wonderful to give parents and caregivers that extra time with baby," he said.

The extension in paid leave, which came after a law change in 2017, was spearheaded by 26 for Babies, an advocacy group associated with the Council of Trade Unions.

Spokeswoman Fleur Fitzsimons said the milestone had taken years to achieve and was worth celebrating.

"When we started, I had two children. Now I have four. We've had marches to Parliament with pushchairs, Mother's Day cards for John Key, we requested Bill English not to use the financial veto.

"But the constant in this campaign has been the overwhelming public support from across the political spectrum." 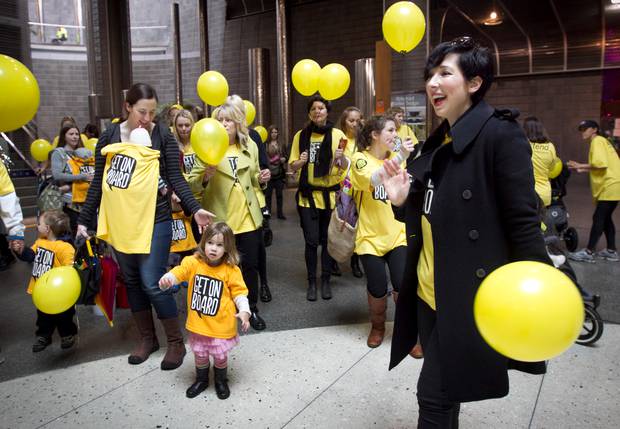 Members of the 26 for Babies campaign in 2012, near the beginning of a long campaign to extend paid parental leave. The milestone of 26 weeks' leave will be introduced tomorrow. Photo / Natalie Slade

She said the scheme still needed improvement. In particular, the group wanted the Government to lift weekly payments to at least the minimum wage.

Parents can currently get $585 a week before tax, and the minimum wage is around $750 a week.

"At the moment, partners get 10 days unpaid. We'd like to see that paid, but also the flexibility to allow both parents to take parental leave at the same time.

"Because we know that those first months of life are so precious and it's incredible support to have both parents around." 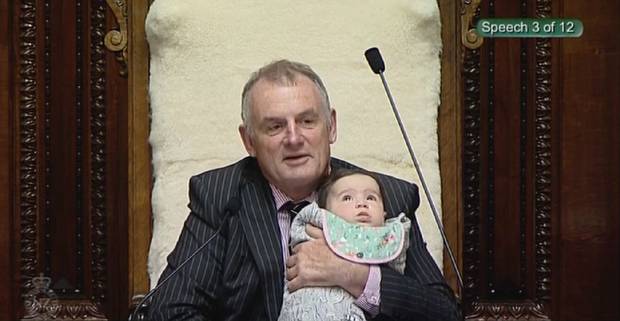 The OECD average is a year of paid leave. The United Kingdom gives parents 39 weeks of paid leave, including six weeks at 90 per cent of their income, and parents can split the leave.

University of Auckland economist Susan St John said paid parental leave was "wonderful for those who could get it".

She said only around half of New Zealand parents were entitled to paid parental leave, mostly because they were not in work before having their baby.

"It is still differentiating between the different situations of having a baby, which I don't personally think is valid. If you're looking after a baby, you are working, and it should be supported."

St John, a founding member of the Child Poverty Action Group, said an overhaul of the welfare system - such as that proposed by the Green Party on the weekend - should consider more inclusive policies for all parents.

The 26 weeks of leave will apply to families of babies which are born from tomorrow, or who had a due date of July 1 or later. It will cost around $81 million a year.

Parents will also be able to work more hours while on parental leave without it being considered a return to work.

Known as "keeping in touch hours", parents can do occasional paid work with agreement from their employer. The maximum number of hours will lift from 52 hours to 64 hours.

It is one of a raft of changes taking place on July 1, which include petrol tax hikes, free apprenticeships, pay rises for ECE teachers, and the lifting of the refugee quota.