The Black Ferns saved their best for last.

While they began their Pacific Four series with two double-digit wins, the Black Ferns' 50-6 victory over the United States in Whangārei on Saturday afternoon showed exactly what they are capable of.

While they had been slow to put the foot down in their previous two matches against Australia and Canada, there was no such issue in Whangārei - which will be a beautiful sight to Wayne Smith and his coaching staff, with limited opportunities on the pitch before October's Rugby World Cup.

"We've got some tough decisions coming up. There are some very good players coming back for trials, Sevens players will become available, so there's going to be some pretty tough moments for the selectors," Smith said looking ahead to the World Cup.

"But there's only one group of girls at the moment who have put their form on the paddock and that's this group."

Despite rain falling from start to finish – only getting heavier as the match progressed – the Black Ferns attack flowed frequently. They had no issues with moving the ball through the hands and asking questions of the US defensive line.

That allowed Ayesha Leti-I'iga to put on an exhibition of speed, power and footwork, with the Black Ferns left wing often on the end of a backline move – scoring three tries and drawing a giant roar from the crowd whenever she came into the play. Any time Leti-I'iga got her hands on the ball, she caused problems for the defence – even on the multitude of occasions when the US kicked high in her direction, a tactic they continued despite Leti-I'iga showing a safe pair of hands.

There were performances to catch the eye across the board for the New Zealand team. In particular, locking duo Joanah Ngan-Woo and Chelsea Bremner were impressive in the carry and both showed their offloading ability under good defensive pressure; Kendra Reynolds and Liana Mikaele-Tu'u also had a massive impact with ball in hand, while halfback Arihiana Marino-Tauhinu was terrific in her first start.

performance, though. The Black Ferns welcomed pressure early in the contest by knocking on from restarts, while goal kicking remains an issue. Through the three-match series, the Black Ferns kickers converted just six of 16 tries – though Hazel Tubic was on song when she took over the goal kicking against the US.

The Black Ferns took just two minutes to open the scoring. A backline move launched from a lineout about 40m out quickly saw the ball moved to the opposite side of the park, where Leti-I'iga enjoyed some space to move and didn't waste it.

While the US hit back immediately with a penalty, it wasn't long before a good offload from Ngan-Woo saw Marino-Tauhinu score by the posts.

The tactic from the US was clear in the first half. When they had possession, they would often kick high to the wings and play the territory game. That gave the Black Ferns a significant possession advantage, which showed in the scoreline.

The Black Ferns scored five first-half tries to lead 29-6 at the break and delivered much the same in the second. 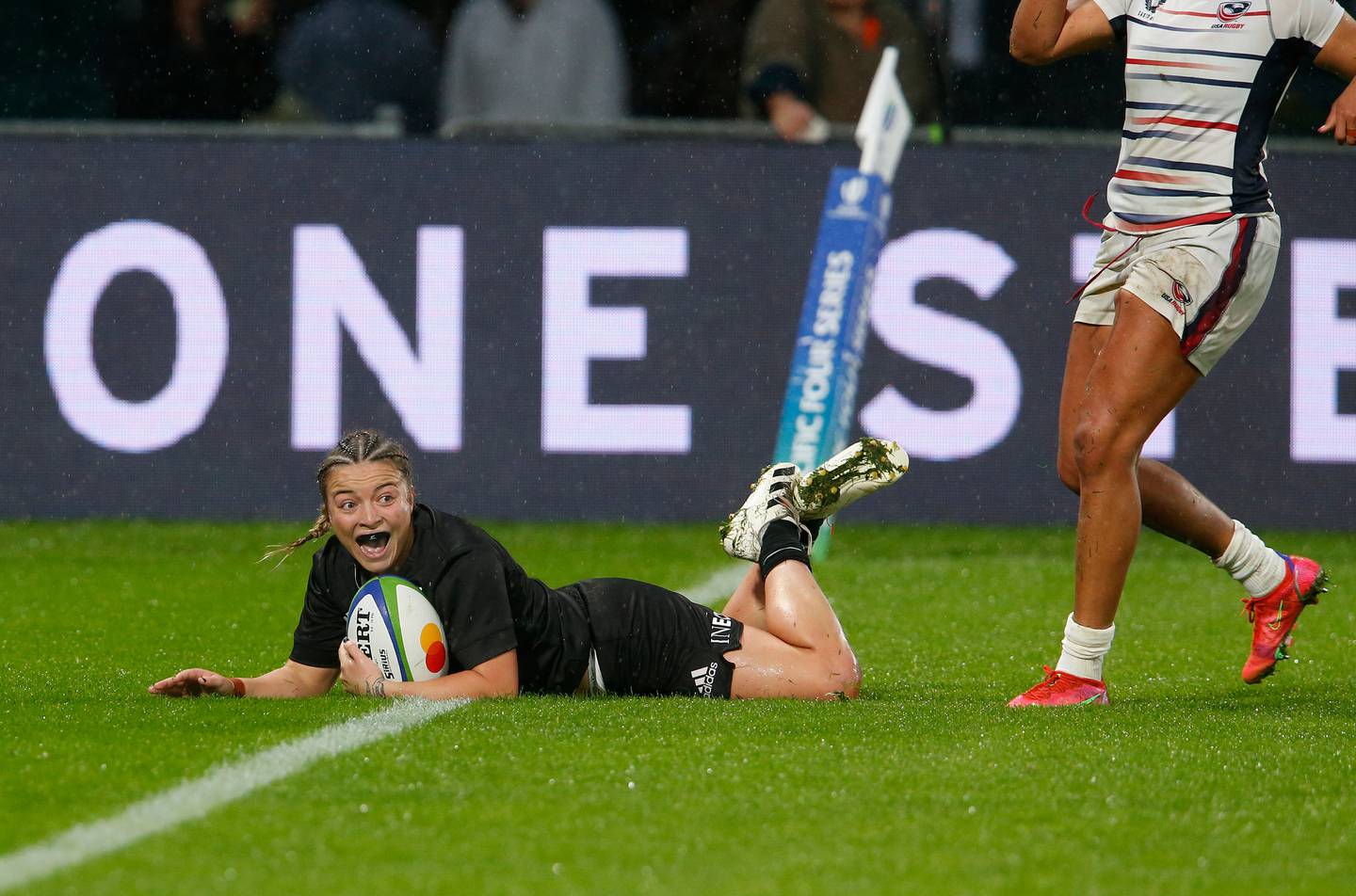 The US were starved of possession. Even when the Black Ferns coughed up the ball through an error or kicked off, they would soon find themselves back with ball in hand as the US struggled to execute at their set pieces and had handling errors.

As the Black Ferns continued to hammer away, more gaps showed in the opposition defence. They ran in another three tries in the second half – including Leti-I'iga finishing off her hat-trick – without conceding a point, saving their best for last to close out the tournament in style.

"With weather like that, to put 50 points on the board – that's attacking intent," Smith said of the performance. "It wasn't perfect, obviously, but we have to be proud of that."