The fictional comic character Borat Sagdiyev has finally been adopted as a cultural ambassador for Kazakhstan, in spite resisting the embrace of the mustachioed reporter for years.

The central Asian country's tourism board has used the catchphrase "very nice" as a slogan for an advertising campaign. However, it has taken over a decade for Kazakhstan to warm to the films.

The creation of UK comic Sacha Baron Cohen, Kazakhstan initially threatened the actor with legal action over Borat. The fictional character from the former Soviet republic played on the general lack of awareness surrounding the country to dupe celebrities into interviews. In 2006 the original "Moviefilm" was banned from Kazakhstan's cinemas.

Titled "Borat: Cultural Learnings of America for Make Benefit Glorious Nation of Kazakhstan," Baron Cohen's portrayal of the TV documentarian was not flattering. Many Kazakhs felt they were the butt of a joke.

14 years on, the comic has raised awareness for the country, if not in the way the national tourism board would have hoped. Few people have not heard of either Borat, or the Republic of Kazakhstan.

The latest advert, which was released the same week as the Borat sequel, finally claims the catchphrase as its own.

"How can you describe a place this surprising in just two words? As a wise man one said, "Very nice!" proclaims the advert.

"Kazakhstan's nature is very nice. Its food is very nice. And its people, despite Borat's jokes to the contrary, are some of the nicest in the world," said Kairat Sadvakassov, deputy chairman of Kazakh Tourism in a statement.

Not everyone is happy, though.

Amazon, which is the latest film's distributor, was petitioned by 100,000 people to cancel the film.

"Why is our small nation fair game for public ridicule?" asked an open letter to Amazon, following the release of the trailer. "They completely desecrate and humiliate Kazakhstan and the dignity of the Kazakh nation." 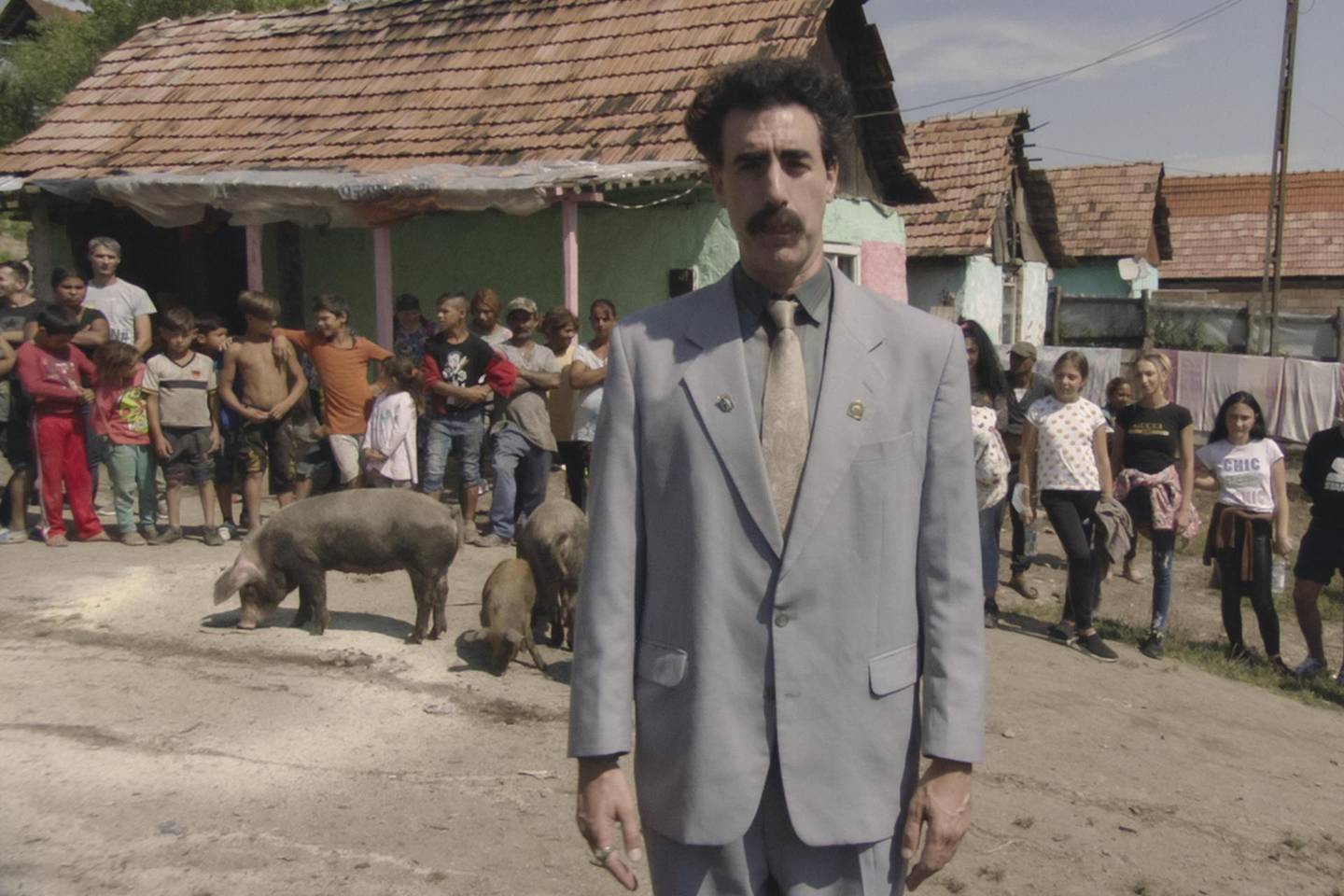 Humilliated: Villagers from the Romanian town of Glod felt exploited by the film. Photo / Screenshot

The satirical film draws on racist and sexist prejudices which the film surreptitiously exposes from unwitting interviewees. However, the fake Kazakh journalist does not paint his adopted country in a flattering light.

Joking about rape and incest and at one point claiming that the country boasted the "cleanest prostitutes in the world" led many Kazakhs to feel insulted.

Most of the original film was not even made in the country.

Residents of the Romanian slum village of Glod which was a stand-in location for Kazakhstan said they felt "humiliated" after seeing themselves depicted in the film. The BBC reported villagers were paid around 3 euros each for appearing in the film. Many residents of the town, which had no running water, felt they were exploited by the cameras.

While the experience of seeing themselves portrayed in this way was not "very nice", Kazakhstan has noted that the outcome of the films have been positive.

In 2012 the Kazakh foreign minister reported that tourism numbers had increased 10 fold since the first Borat film.