A South Auckland councillor has slammed the traffic chaos at testing stations around the city - particularly in his neighbourhood, where community transmission of the deadly disease would be worst.

The criticism comes as there are again reports of long queues - and people being turned away - from a testing centre in Auckland's Eden Terrace this morning. 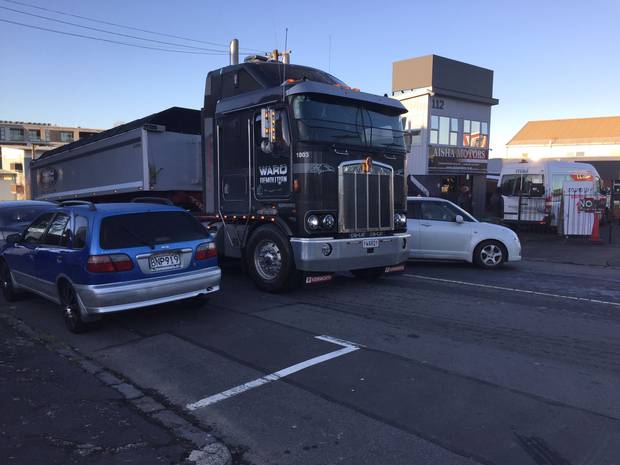 Adding to the traffic buildup in Eden Terrace, trucks from a nearby construction site are trying to squeeze past the rows of waiting vehicles.

Those who arrived at the Eden Terrace testing centre in New North Rd mere minutes after the 8am opening were turned away due to the already long queues.

More than 80 cars were lined up in both directions, waiting to turn into a side street for their tests.

Adding to the traffic buildup, trucks from a nearby construction site are trying to squeeze past the rows of waiting vehicles.

By 8.30am, no more walk-ins were being accepted at the site and only about 40 people already waiting in line would be tested, reported Newstalk ZB's Khalia Strong.

Yesterday there were reports of a woman and her two young children who waited seven hours at the testing post at Northcote.

Speaking to Newstalk ZB's Kate Hawkesby this morning, Newman acknowledged that was simply not good enough and that better - and quicker access - was needed.

"South Auckland is the worst place to have community transmission of Covid-19 and what we saw at Wiri yesterday and at other community testing stations around Auckland was a damn disgrace. 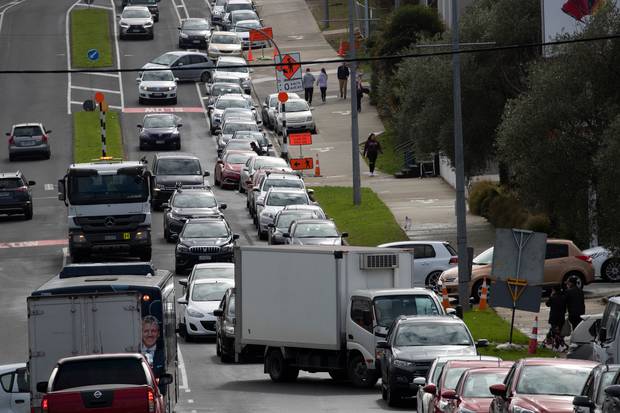 Traffic chaos on the streets around the Covid-19 Testing Station on College Road in Northcote, Auckland, as hundreds of people seek to be tested yesterday. Photo / Brett Phibbs

"My constituents need to have ready access to a test. They couldn't get that. The traffic chaos around the testing stations was atrocious and this can't be allowed to continue."

His call comes after four people from a family in South Auckland tested positive for Covid-19; resulting in Auckland being put into alert level 3 lockdown and the rest of the country at level 2 at lunch time yesterday.

South Auckland is home to the country's largest Pasifika population and public health authorities and Pasifika leaders have put out a strong call to the community to get tested.

However, right now, the official advice is that people who are only showing Covid-19 or flu-like symptoms should get tested.

Newman said symptomatic or not, anyone - particularly in South Auckland right now - should be able to get tested quickly and readily.

He said he had discussed this very point with Auckland mayor Phil Goff some weeks back.

"His advocacy to the Government was actually - what we need to do in places like South Auckland is to expand the criteria so that everyone can get tested if they consider that they need it, if they want it.

"Because you could argue that before you had Covid-19 and that you were symptomatic, there was a period when you're asymptomatic but you're still at risk of transmitting it to other people."

Newman said to turn away people who are asymptomatic but could be at risk was a real "blind spot" that needed to be fixed.

"Anybody that wants a test should be able to get it. They shouldn't be turned away and obviously we need to have an orderly process of testing them," he said.