Lower speed limits will come into force on more than 600 roads across Auckland today, including the central city.

Freemans Bay on the outskirts of the central city and Te Atatu South are other urban areas where the speed limit is being reduced from 50km/h to 30km/h.

Speed limits are also being reduced on many rural roads in Rodney and Franklin, where the 100km/h speed is typically being reduced to 80km/h.

Auckland Transport safety manager Bryan Sherritt said Auckland is a Vision Zero region and no one should lose their life or get seriously injured simply moving around the city. 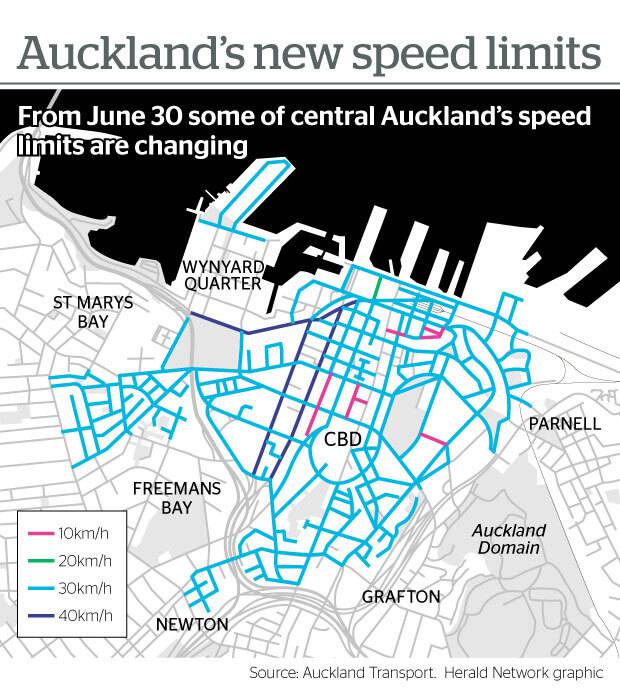 Speed limit changes are one piece in the puzzle to make the roads safer for Aucklanders, whether travelling by vehicle, public transport, scooter, bike or on foot, he said.

"When you see the new speed limit signs around Auckland, take care and follow these safer speed limits," Sherritt said.