Veteran MP Judith Collins is known to many across the country by a name she does not much care for – Crusher.

Her foes use it as a slur – her supporters use it to summarise her ruthless political acumen.

But Collins – National's new leader – is on record saying she wishes people would call her by a different name: Aunty Jude.

Whatever name she goes by, the Papakura MP has got a hell of a fight on her hands as she attempts to dethrone Prime Minister Jacinda Ardern and her Labour-led Coalition Government.

After Todd Muller announced his shock resignation as National's leader early this morning, Collins' name was one of the first to be mentioned as his replacement.

Not only is she one of National's most experienced MPs – she's one of the most well-known political names in the country.

On her way to Wellington for National's emergency caucus meeting this afternoon, she was coy on her leadership ambitions. 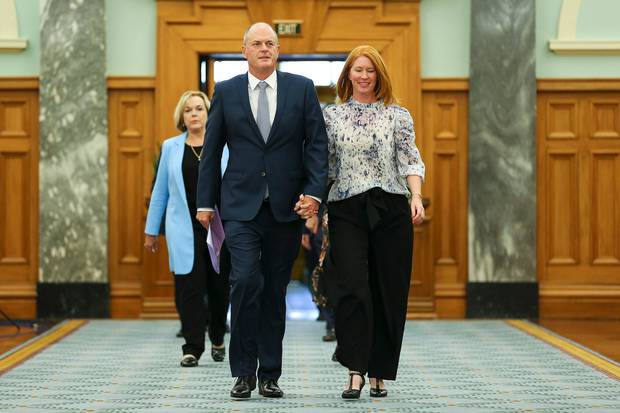 Former National Party Leader Todd Muller and wife Michelle arrive at a press conference at Parliament on May 22 after he was elected as party leader at an emergency caucus meeting. Photo / Pool

"I'm going to keep all of my discussions within caucus," she said when asked about a tilt at the leadership.

This, of course, is not the first time Collins has challenged for the leadership of the National Party.

She put her hand up to replace John Key after he resigned as prime minister in 2016.

After it became obvious that Bill English – who was Key's preferred choice – had the numbers, she withdrew herself from consideration.

When Bill English resigned as National leader in early 2018, she – along with fellow National MPs Mark Mitchell, Simon Bridges, Amy Adams and Steven Joyce – ran for the top job.

She lost to Bridges, polling the lowest.

But as National dropped in the polls, Collins was mooted as a possible replacement for now-ousted leader, Simon Bridges.

Her go-to line was the noncommittal: "I support the leader of the National Party."

But before she was one of the most recognisable names in New Zealand politics, Collins was a backbench National MP, coming out of a successful career as a lawyer and businesswoman.

In fact, it was almost 18 years to the day since Collins addressed Parliament for the first time.

In her memoir, Pull no Punches, she talked about how excited she was to be an MP, even in opposition.

It is her opinion that backbench MPs can get much more done in opposition than they can in Government. 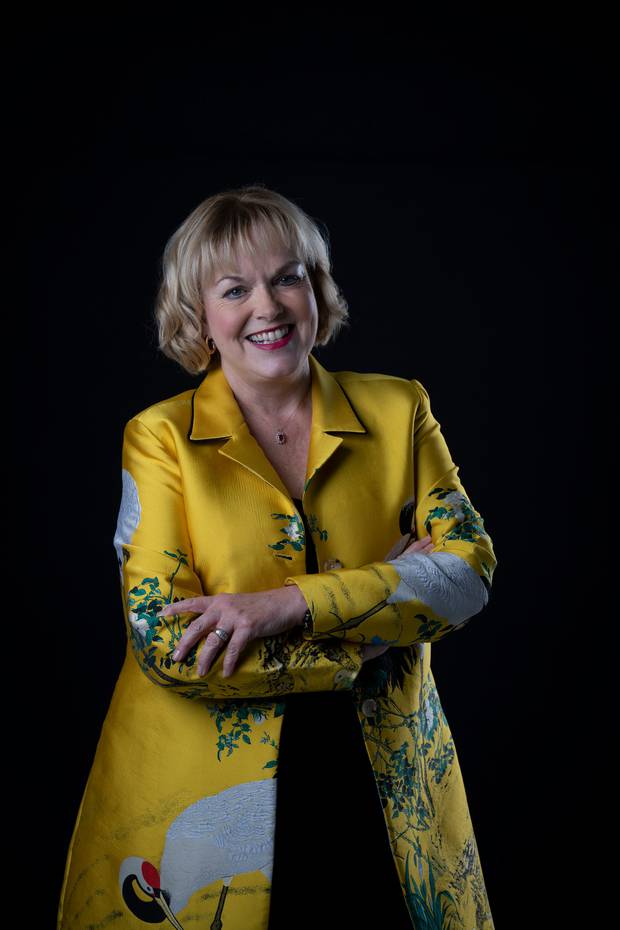 Judith Collins, the MP for Papakura, was a government minister under both John Key and Bill English. Photo / Dean Purcell

And for the next half decade, that's exactly what she did.

In 2004, she claimed the scalp of then Immigration Minister – now Christchurch Mayor – Lianne Dalziel.

Collins had caught Dalziel's office leaking a letter about the deportation of a sexually abused Sri Lankan girl to the media.

Dalziel resigned after the issue came to light.

Later that year, Collins forced the government to commission an official inquiry into the effects of the Agent Orange chemical on Kiwi troops in Vietnam during the war.

The report confirmed that New Zealand soldiers were affected, despite numerous denials from government agencies.

She is also credited with forcing the resignation of former cabinet minister David Benson-Pope, after it emerged he made phone calls which lead to the sacking of the then Ministry for the Environment's newly appointed communications manager.

After rising up the ranks of opposition, she earned a cabinet position after National won the 2008 election.

During her time in government, she had a number of ministerial portfolios including: Corrections, Justice, Ethnic Communities, Energy and Resources, Revenue, Police, ACC and Veterans' Affairs.

In 2014, she resigned as Justice Minister after emails leaked which alleged she had undermined the head of the Serious Fraud Office while she was the minister responsible for that organisation.

A subsequent inquiry cleared her.

That came after she came under she had faced intense pressure, following revelations she had dinner with a Chinese border official and bosses of Oravida – a company of which her husband is a director – while on a taxpayer-funded trip to China.

Collins remained on the backbenches until the end of 2015, when then prime minister John Key brought her back into cabinet.