Extreme heat and dry conditions are fueling raging wildfires in the western US, charring more than a million acres, requiring evacuations and creating smoky conditions visible from space.

Smoke stretched early Wednesday all the way to the East Coast, including New York City, because high-level winds carried them thousands of miles from the West.

The smoke mixed down to the surface in New York City, creating an eerie scene Wednesday morning -- though a cold front is expected to usher the smoke out of the area later in the day. 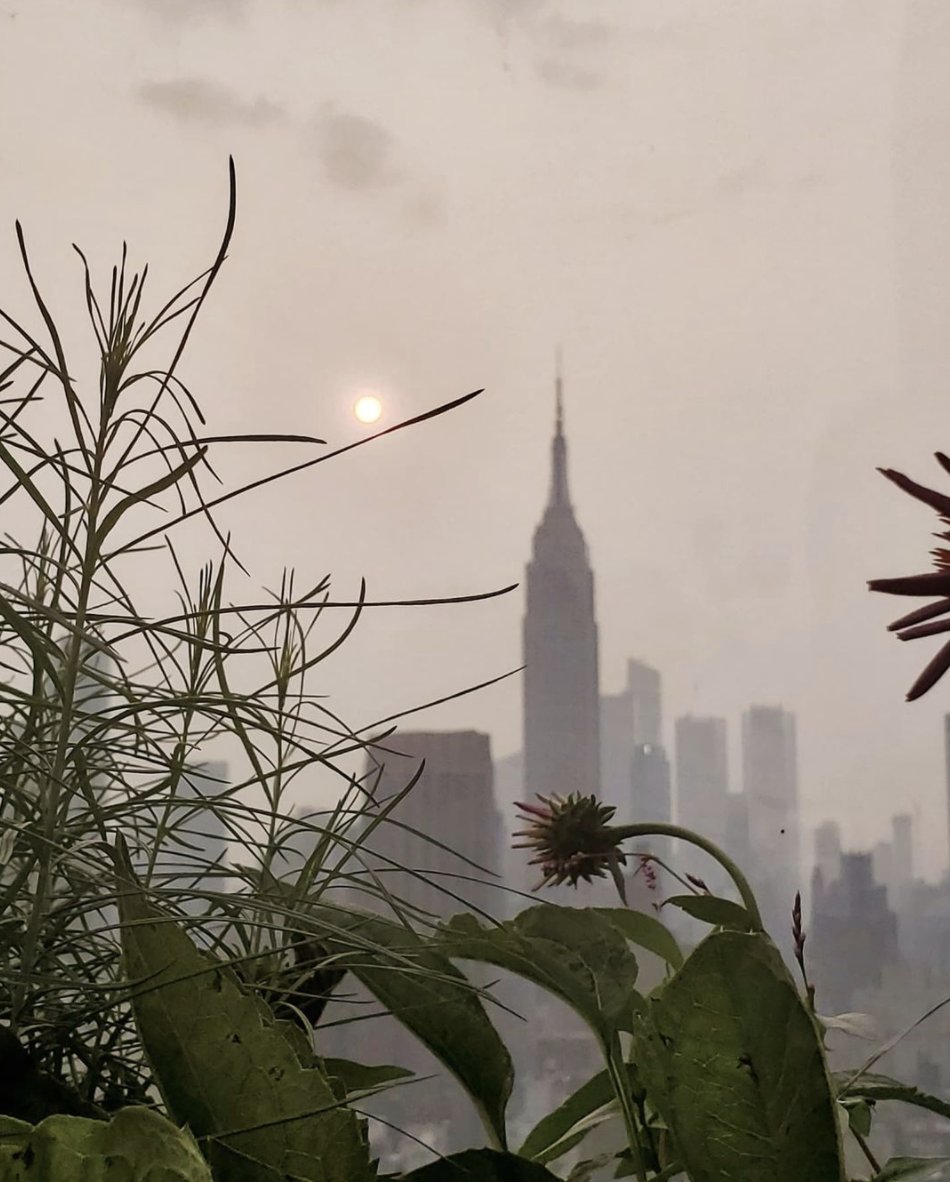 In the West, the fires have caused power outages, destroyed structures and prompted the deployment of the Oregon National Guard.

As extreme drought still grips most of the West and the fires have become so intense they've created their own weather systems, the threat of more fires remains.

In Oregon -- where eight fires have burned nearly 475,000 acres -- officials said the current fire season is unlike any they've seen before.

"I would categorize this fire season thus far as historic in terms of the amount of resources we've deployed, how many times we've deployed -- within a three-week period we've mobilized to six conflagrations -- and this is the earliest and most significant mobilization to date," Mariana Ruiz-Temple with the Oregon fire marshal's office said Tuesday.

At least 1.29 million acres have burned in 83 large fires across 13 states as of Tuesday, according to the National Interagency Fire Center. More than 19,000 wildland firefighters and support personnel have been deployed to deal with the blazes.

Advisories for elevated fire potential and activity have been issued across Idaho, California, Oregon and the Northern Rockies, according to fire center.

It's not just fires in the US contributing to the smoky haze. The Canadian province of British Columbia declared an emergency due to wildfires there effective Wednesday. Nearly 300 active wildfires have been reported in the province.

Bootleg Fire is largest in country

In Oregon, record-breaking, triple-digit temperatures and severe drought have devastated parts of the state.

The conditions are fueling the Bootleg Fire in southern Oregon, which is the largest burning wildfire in the country. The Bootleg Fire has scorched more than 394,000 acres and prompted evacuations with only 32% containment, according to InciWeb, the US clearinghouse for wildfire information.

"There's absolutely no question that climate change is playing out for before our eyes," Brown said at a news conference Tuesday. "We saw the heat dome event a few weeks ago; we unfortunately lost a lot of Oregonians through that event. In February, we saw devastating ice storms, over a half a million people lost power last fall, as you are well aware; we've had unprecedented wildfires."

Fire potential in the state is being driven by drought conditions, with 90% of the Oregon in either exceptional, extreme or severe drought, Doug Grafe, chief of fire protection at the Oregon Department of Forestry said while forecasting a "long, difficult fire season."

He said it's possible that another 50,000 to 100,000 acres could burn before the Bootleg Fire is contained.

"The future for us for the remainder of the season continues to look above normal dry and above normal temperatures," Grafe said. "So this is not going to return to normal anytime soon."

"It's killing them," Jacob Hemphill, a Christmas tree farmer in Clackamas County, said of the relentless heat this summer. "It's horrible, there is nothing we can do."

Unusually warm temperatures and severe dryness this year have caused irreversible burns on many trees, resulting in fewer trees to choose from this upcoming holiday season as well as potentially higher prices, growers said.